The Navy said the three were shot and killed during an active shooting situation at the air station on Friday. 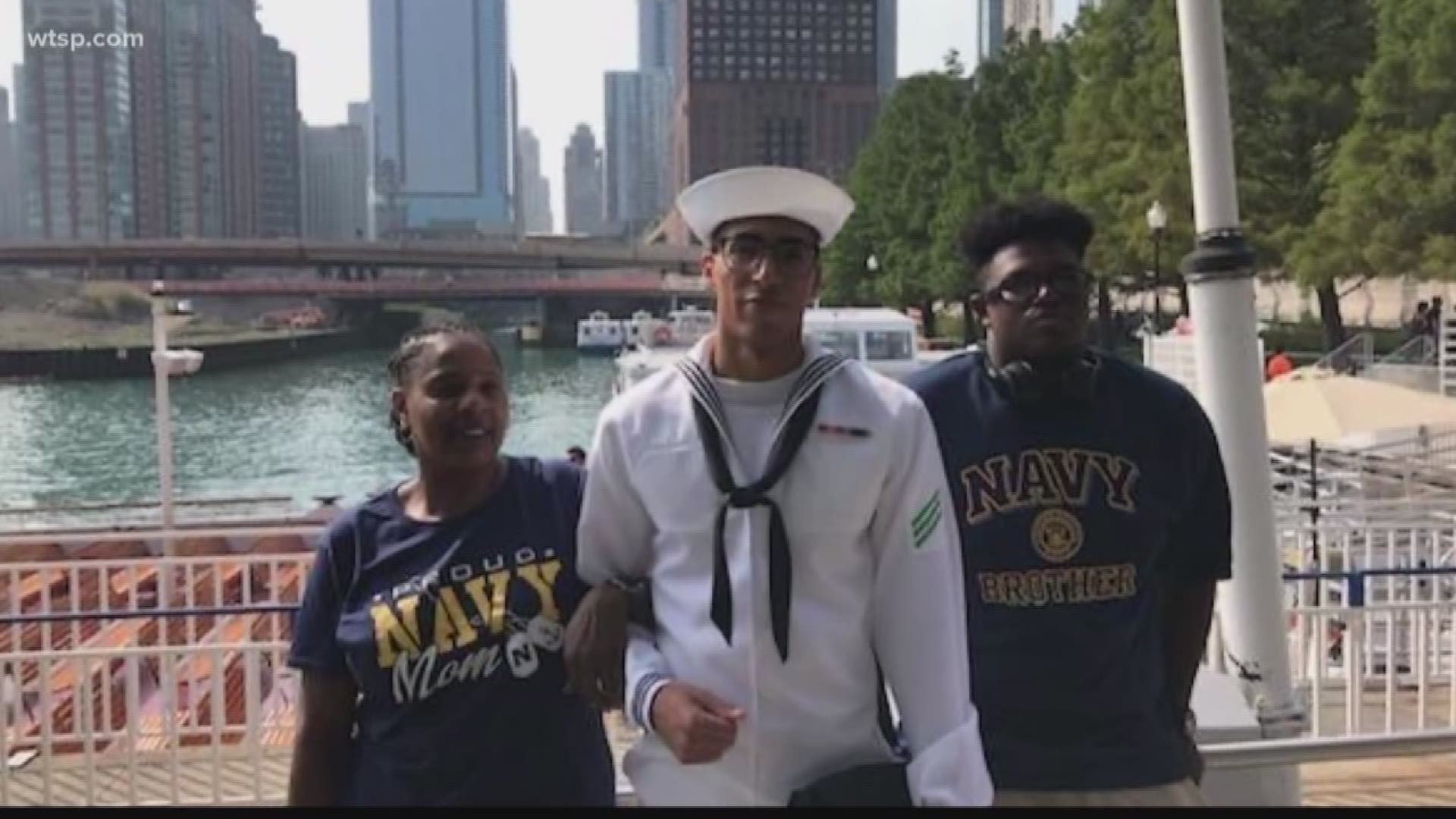 PENSACOLA, Fla. — All three sailors shot and killed at Naval Air Station Pensacola were identified by the U.S. Navy Saturday.

Mohammed Sameh Haitham, 19, was from St. Petersburg, Florida. Mohammed Haitham graduated in 2018. He followed his mother’s footsteps and joined the U.S. Navy soon after. The 19-year-old had been assigned to flight crew training in Pensacola after graduating boot camp.

“The sorrow from the tragic event on NAS Pensacola will have a lasting impact on our installation and community,” said Capt. Tim Kinsella, commanding officer, NAS Pensacola. “We feel the loss profoundly and grieve with the family and friends of the deceased. The Sailors that lost their lives in the line of duty and showed exceptional heroism and bravery in the face of evil. When confronted, they didn’t run from danger; they ran towards it and saved lives. If not for their actions, and the actions of the Naval Security Force that were the first responders on the scene, this incident could have been far worse.”

The Navy said the three were shot and killed during an active shooting situation at the air station on Friday.