Officials on Friday said they had identified 450 possible illnesses, including at least three deaths, in 33 states. 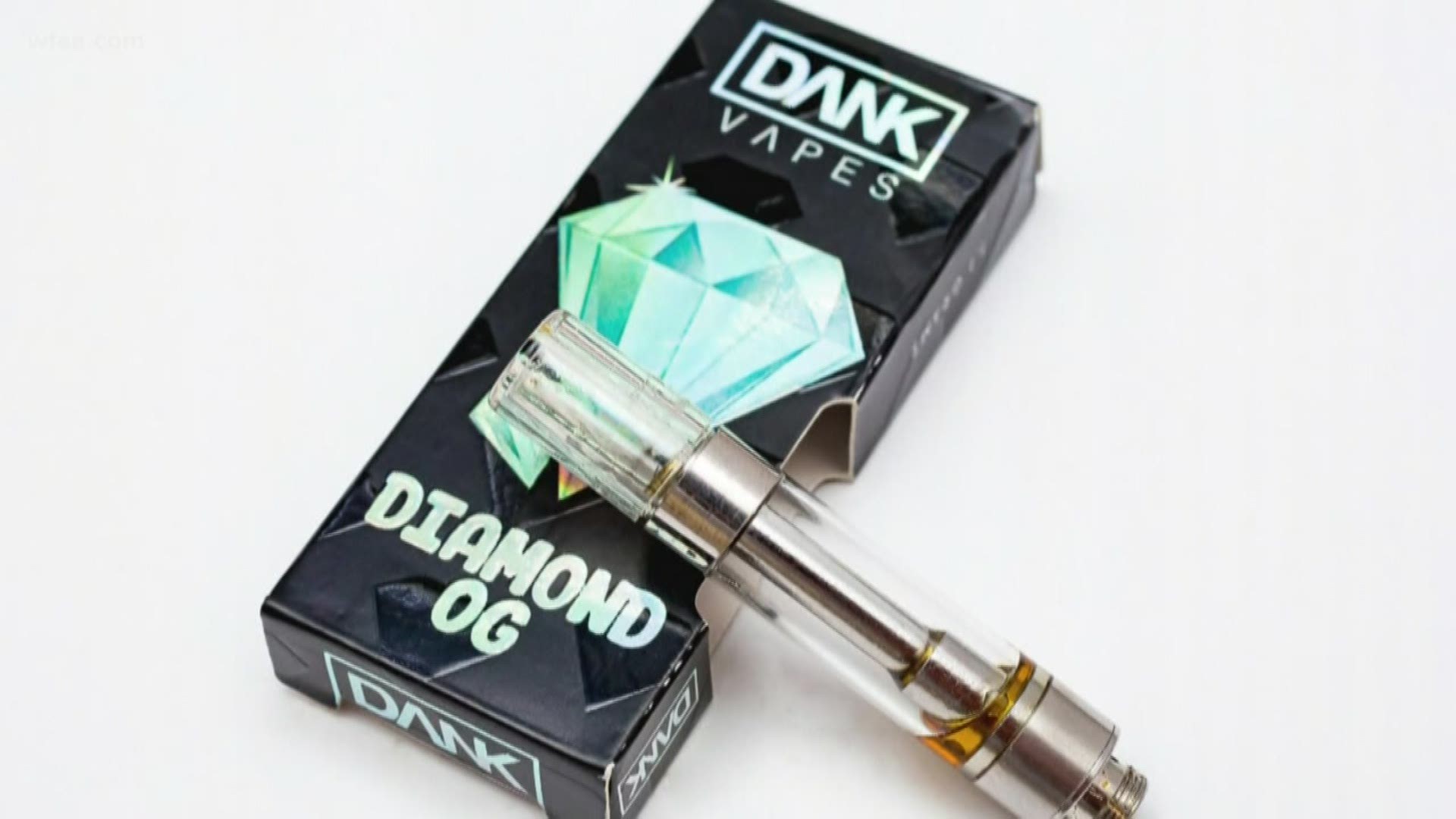 U.S. health officials on Friday again urged people to stop vaping until they figure out why some are coming down with serious breathing illnesses.

Officials said they had identified 450 possible cases, including at least three deaths, in 33 states. The count includes a newly reported death in Indiana.

No single vaping device, liquid or ingredient has been tied to all the illnesses, officials said. Many of the sickened — but not all — were people who said they had been had been vaping THC, the chemical that gives marijuana its high.

Health officials have only been counting certain lung illnesses in which the person had vaped within three months. Most are teens.

RELATED: Illinois patient's death may be first in US tied to vaping

Credit: AP
FILE - In this Tuesday, April 10, 2018 photo, a high school principal displays vaping devices that were confiscated from students at the school in Massachusetts. On Wednesday, Aug. 14, 2019, the Vapor Technology Association filed a lawsuit against the U.S. government to delay a review of electronic cigarettes. (AP Photo/Steven Senne)

The illnesses have all been reported this year, and the number has been growing quickly in the last month as more and more states have begun investigations. A week ago, U.S. officials pegged the number at 215 possible cases in 25 states.

It's also unclear whether such illnesses were happening before this year.

"We're all wondering if this is new or just newly recognized," Dr. Dana Meaney-Delman of the Centers for Disease Control and Prevention told reporters Friday.

Also on Friday, the New England Journal of Medicine released a series of articles that give medical details about cases reported in Illinois, Wisconsin and Utah.

An article on 53 illnesses in Illinois and Wisconsin noted that nearly one-fifth of the cases were people who said they vaped nicotine and not anything that contained THC or CBD oil.

For that reason, doctors and health officials are continuing to suggest people stay away from all vaping products until the investigation establishes exactly what's at the root of the illnesses.

Symptoms have included shortness of breath, fatigue, chest pain and vomiting. Doctors say the illnesses resemble an inhalation injury, with the body apparently reacting to a caustic substance that someone breathed in.

The previous deaths were reported in Illinois and Oregon . Indiana officials said the person who died there was an adult, but they didn't say when it happened or release other details.

RELATED: A breakdown of the latest info from the CDC about vaping and lung disease