A frantic effort involving firemen, police, coastguard and American Magic's rival teams began to save the yacht Patriot and to keep the U.S. team in the regatta. 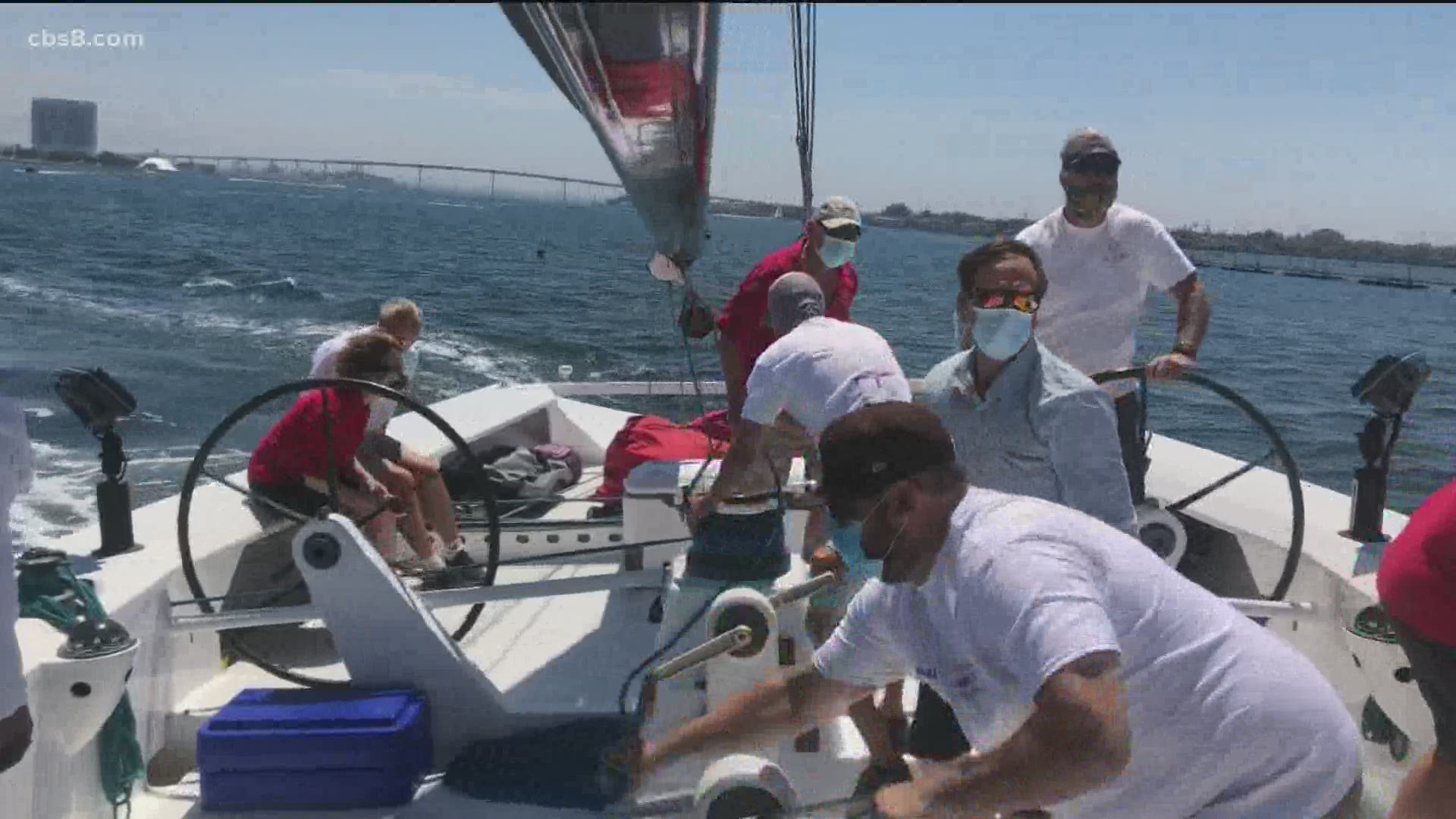 Editor's note: The video above is from August.

U.S. challenger American Magic capsized and was at risk of sinking after attempting a high risk maneuver in a squall Sunday on the third day of racing in the America’s Cup challenger series.

A frantic joint effort involving firemen, police, coastguard and American Magic's rival teams immediately began to save the yacht Patriot and to keep the U.S. team in the regatta.

As night drew in, the American yacht had begun to settle in the water, even as mobile pumps worked furiously to empty the hull, suggesting it may have been holed when it crashed onto its side while leading a race against Luna Rossa.

Patriot was surrounded by chase boats and tenders as efforts were made to stabilize the yacht, and eventually to attempt the 10-mile tow from the racecourse back to its base in downtown Auckland.

At one time Patriot's deck was awash and the bow submerged but later the hull of the boat rose again from the water. Divers had been used to identify damage and then, apparently, to rig a sling under the hull to prevent the $80 million yacht from sinking.

In darkness, the long, slow tow back to American Magic's Auckland base began. Rival teams had even ferried pizza from downtown Auckland to fortify the American crew.

All the 📹 angles from the @NYYCAmericanMag capsize.

Great work from all teams, and local authorities in helping recover PATRIOT and get her back to base so she can fight another day. 🇺🇸 💪 pic.twitter.com/N8zRaxgK4E

American Magic was chasing its first win in the Prada Cup after three straight losses and rounded the last mark ahead of Luna Rossa. A savage gust of wind in a rain squall ahead of impending thunderstorms struck the American yacht broadside and it soared into the air, then crashed heavily onto its side, likely driving the port foil into the hull.

None of the crew was injured and all were recovered safely.

In a statement American Magic said all team members on board where quickly accounted for by the team's on-the-water safety personnel and declared safe.

“American Magic is sincerely thankful for all of the assistance rendered to the team following today's incident.”

During an hours-long salvage operation inflatable bags or buoys were used to keep the yacht on the surface and it was eventually lifted upright to allow sails to be lowered and removed. At first the wind dropped and the sea state improved to aid salvage efforts.

The sails later were raised again as Patriot seemed to settle, its decks awash.

If the yacht can be saved, American Magic has four days to repair Patriot before the next round of racing begins on Friday or could choose to race its first generation race boat, a risky step which would likely place it at a disadvantage against its rivals.

Sunday's incident was not the first time an American team has had a dramatic setback during America's Cup racing off Auckland. During the 1999-2000 series the New York Yacht Club-backed yacht Young America cracked open while leading a race in rough weather. Skipper Ed Baird ordered the crew to abandon ship and all were plucked to safety. The boat also was saved.

In 1995 the Australian yacht OneAustralia sank rapidly in racing off San Diego. The semifinal race had just started when OneAustralia suffered a massive structural failure.

Strong but shifting winds on Sunday produced the most dramatic racing of the series but nothing more dramatic than Patriot’s capsize which forced American Magic to retire from the second race of the day. Earlier Britain’s INEOS Team UK came from behind to beat Luna Rossa by 18 seconds for its fourth win in as many races.

Team UK leads the three-team series with four wins from four races, Luna Rossa and American Magic has yet to post a win.

American Magic seemed to be heading for its first win Sunday when disaster struck. Both boats headed to the left side of the course as the wind swiveled from north to west and Patriot extended its lead over Team UK’s Britannia to 27 seconds.

The wind continued to shift left throughout the race and American Magic, as the leading boat, was well positioned to capitalize. At the fourth gate its lead was 42 seconds.

Round the final mark, American Magic was in a strong puff of wind and as it attempted a maneuver at speed it was struck by the gust. The yachts attained speeds of around 34 knots upwind and 45 knots downwind in winds which fluctuated Sunday between eight and 26 knots.

That meant the 75-foot yachts, racing on foils like low-flying aircraft, were often operating near the limits of their known performance. American Magic’s attempt to jibe in those conditions, a move they might not have been able to practice or perfect, was precarious and the results were calamitous.

The unpredictable nature of Sunday’s conditions was shown earlier in the day when the first attempt to sail the race between Luna Rossa and Team UK had to be abandoned when the wind shifted more than 90 degrees after four of six legs.

The re-sailed race took place in winds of between 13 and 16 knots, tending northwest. Luna Rossa again won the start and led at gate one. But the British boat seemed consistently to point higher and produced better VMG (velocity made good) or speed in a direct course to the next mark.

The boats were side by side after the third leg but Team UK made the decision to pursue a shift on the right-hand side of the course and was lifted as the wind tracked in that direction. It took the lead and, reaching 43 knots on the last leg, was 18 seconds ahead at the finish.