US B-52 bombers land in Qatar over Iran threat

President Trump has not offered specific details of the threat allegedly presented by Iran. 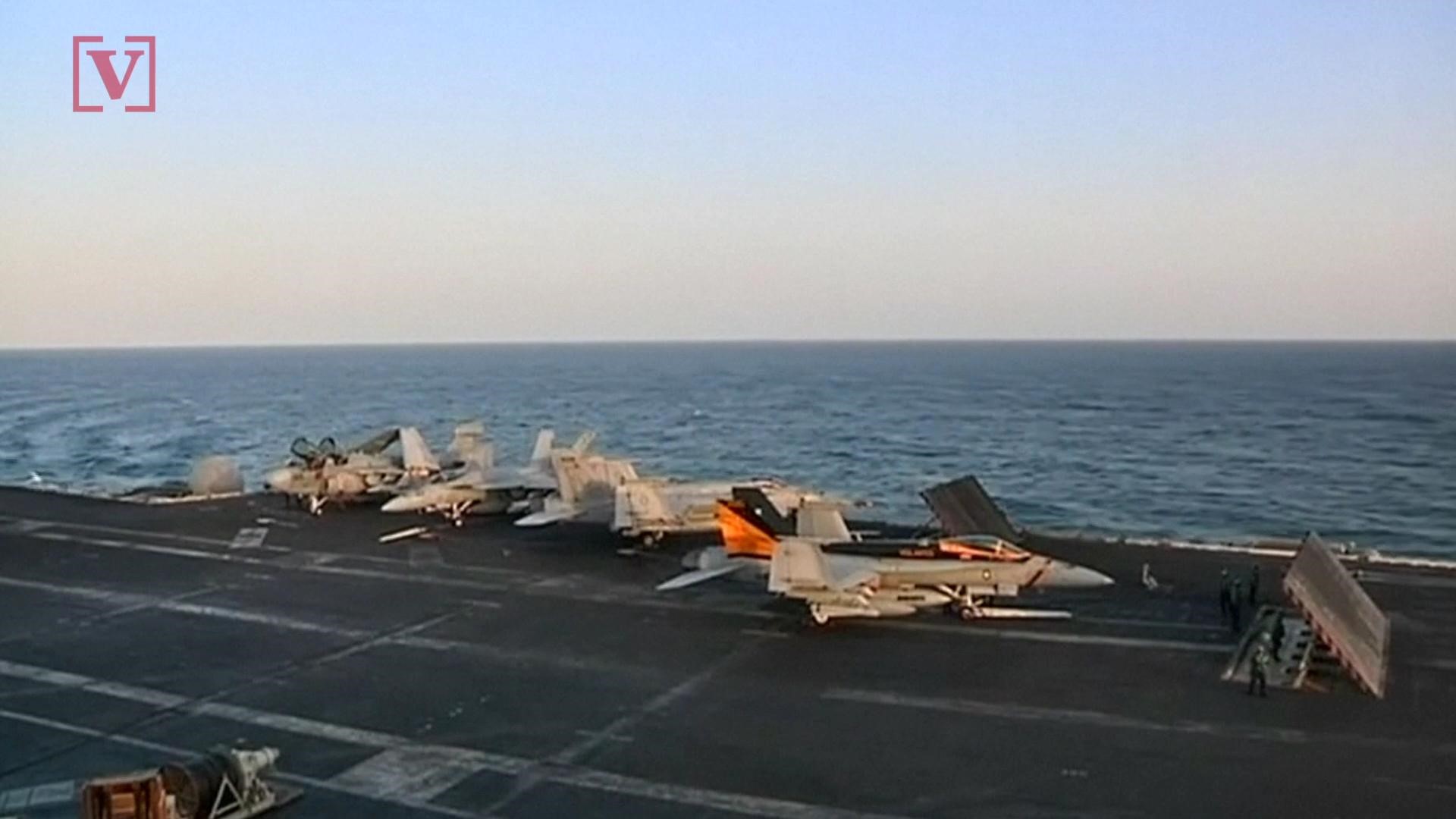 DUBAI, United Arab Emirates — B-52 bombers ordered by the White House to deploy to the Persian Gulf to counter unspecified threats from Iran have arrived at a major American air base in Qatar, the U.S. Air Force acknowledged Friday.

Others landed at an undisclosed location Wednesday in "southwest Asia," the Air Force said. The U.S. military in the past has described its presence at both the Al Dhafra Air Base in the United Arab Emirates and Al Udeid as "southwest Asia."

The Air Force identified the aircraft as coming from the 20th Bomb Squadron of Barksdale Air Force Base in Louisiana.

On Sunday, the White House announced it would send the USS Abraham Lincoln aircraft carrier strike group and the bombers into the Persian Gulf to counter Tehran. The Lincoln on Thursday passed through the Suez Canal on its way to the Persian Gulf.

The administration of President Donald Trump has not offered specific details of the threat allegedly presented by Iran.

On Wednesday, Iran announced it would begin backing away from its nuclear deal with world powers, a year after Trump pulled America from the accord. President Hassan Rouhani gave European leaders a 60-day deadline to find a way to shield Iran from U.S. sanctions targeting its economy and oil industry, otherwise he said Tehran would begin to enrich uranium at levels closer to weapons-grade levels.

The European Union on Thursday urged Iran to respect the international agreement curbing the Islamic Republic's nuclear ambitions, and added that the bloc aims to continue trading with the country despite U.S. sanctions. But so far, the EU and its member nations have not offered any new plans.

For his part, Trump said he wanted to speak to Iran's leaders.

There was no immediate reaction from Iran, which in the past has said it turned down Trump's requests for meetings.