The union represents less than 10,000 workers, who voted recently to endorse Harris after hearing from multiple candidates. 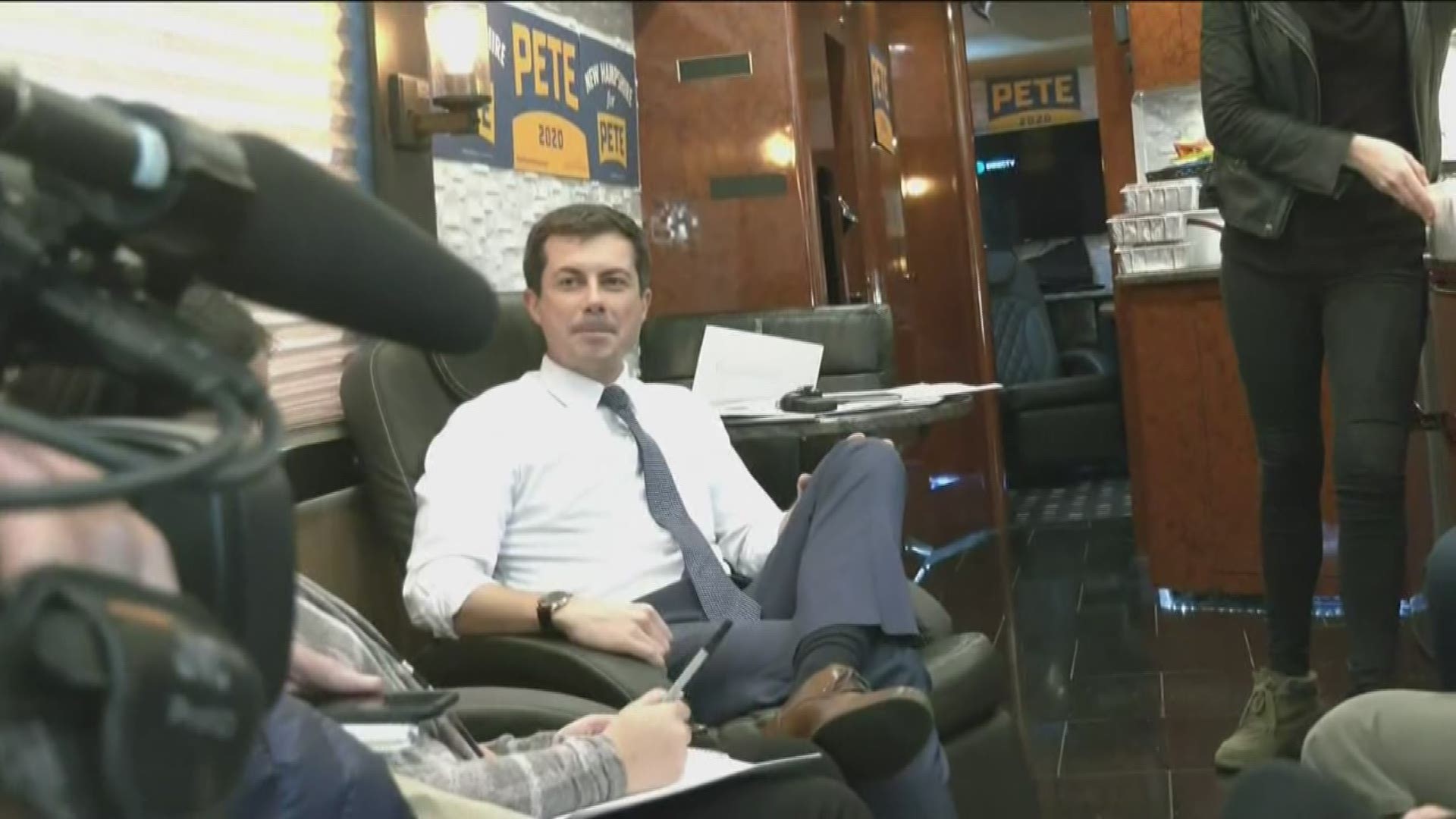 The farm workers union started by Cesar Chavez and Dolores Huerta has endorsed Kamala Harris for the Democratic nomination for president.

United Farm Workers announced its endorsement of Harris on Saturday at the California Democratic Party's fall convention. It was a needed home-state boost for Harris as her presidential bid struggles in Iowa, the state where she's focused many of her resources.

The union represents less than 10,000 workers, who voted recently to endorse Harris after hearing from multiple candidates.

Democratic presidential candidate Julian Castro says he's not considering dropping out of the race, despite lagging for months in polling and fundraising.

Appearing at a gathering of thousands of California Democrats, the former Obama administration housing secretary says the Iowa caucuses are 10 weeks away and that's "10 lifetimes in politics."

He’s also criticizing debate rules that could keep him off the stage in the next round.

Castro appeared to take a dig at billionaire Tom Steyer during the Saturday candidate forum hosted by Univision. He said that “it's wrong that people should be able to buy their way onto the stage, but folks that are working hard shouldn't be able to get on that stage.” He also said that needs to change.

Former Massachusetts Gov. Deval Patrick is introducing himself to thousands of Democratic activists in California with the message that he's running to be the president for everyone, not just the party faithful.

Patrick says that doesn't mean he’s running on a moderate agenda, but he didn't delve into his own policy goals.

Patrick's appearance Saturday at the California Democratic Party's convention is his first at a major party gathering since his last-minute entrance into the presidential primary.

He says it was hard to tell what his reception was in the room, where he wasn't met with either loud cheers or boos. He declined to tell reporters which states he plans to focus on in the less than three months before voting begins.

Patrick said his background growing up in poverty in Chicago and going on to work in government, non-profits and business make him a unique candidate in the crowded field. He defended his work at the private investment firm Bain Capital, saying he worked with companies focused on social good as well as building profits.

Front-runners Joe Biden and Elizabeth Warren are skipping a major gathering for Democratic presidential candidates in California on Saturday.

Party leaders aren’t happy, but Bernie Sanders’ allies are pleased as can be, hoping to build his already aggressive organization in the state that awards the largest delegate prize of the primary season.

The event serves as an unofficial kickoff of the final sprint to California’s March 3 presidential primary, which offers the biggest delegate haul of any primary or caucus.

Many of the party’s most progressive voters were galvanized to become more involved in politics after Sanders’ 2016 presidential run. Sanders’ campaign has hired 40 staff members in California, far more than any of his competitors.