Tyler Trent became a friend and inspiration to many and the Purdue football team during his battle with a rare form of bone cancer. 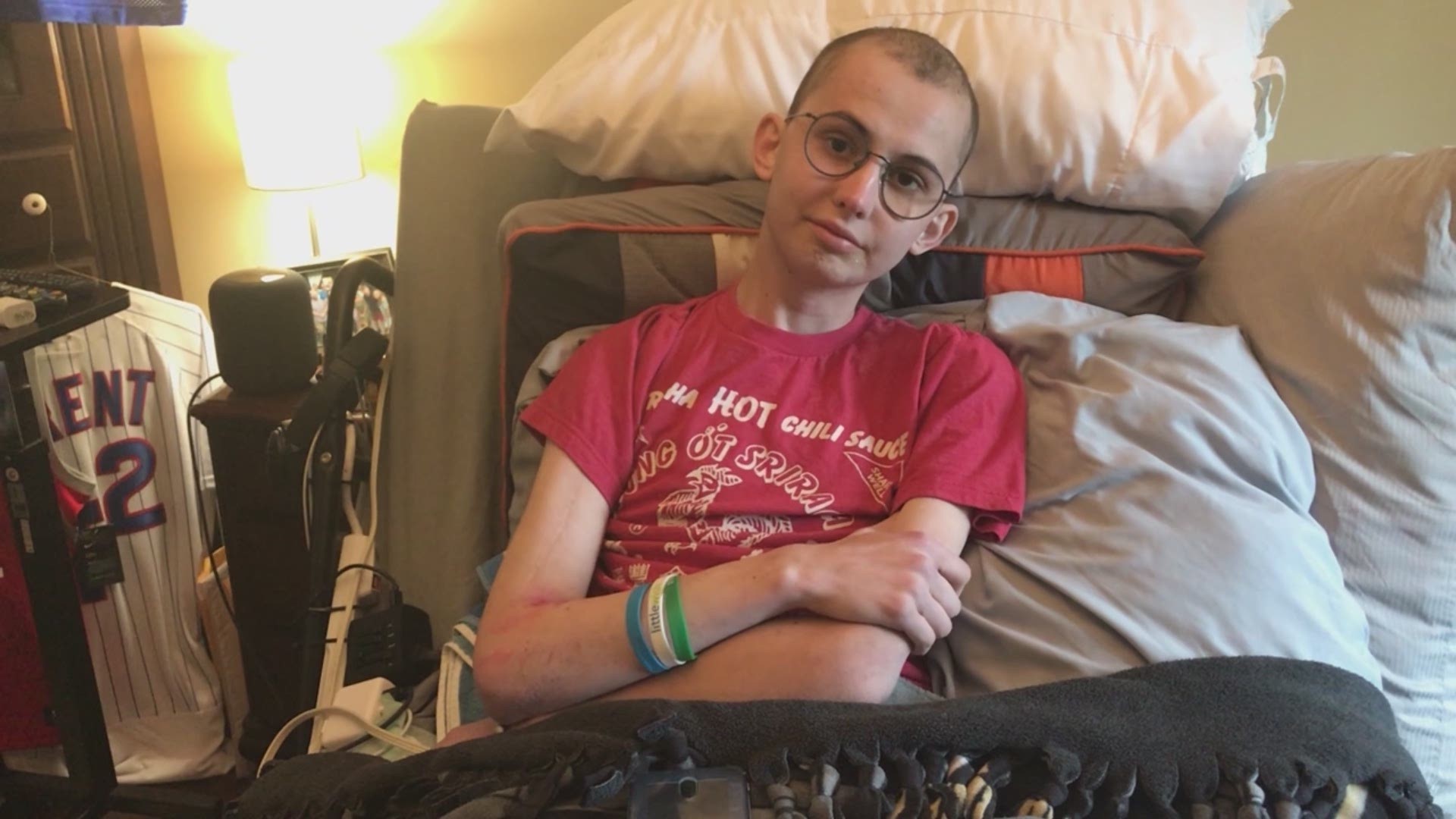 INDIANAPOLIS — Tyler Trent, a former Purdue University student and college football super fan who inspired many with his battle against cancer, died Tuesday. He was 20 years old.

His family confirmed the death to The Indianapolis Star .

Trent wanted to be a sportswriter and was determined to attend Purdue despite suffering three bouts with a rare bone cancer, first diagnosed at age 15. He entered Purdue in the fall of 2017 while undergoing chemotherapy. He camped out with another student to get good seats to a Purdue-Michigan football game, just hours after chemotherapy.

He gained national attention in 2018 by becoming the adopted captain of the Boilermakers football team. He was in a wheelchair for Purdue's upset win over Ohio State, which was ranked No. 2 in the nation at the time.

Rest In Peace to our team captain and our hero! God has put Tyler on his team!! His courage, strength and spirit touched a nation and inspired us all!! We love you Tyler! #TylerStrong 🙏 pic.twitter.com/YpRisGlM8D

He became a social media star with his positive attitude and determination to live every day to the fullest despite the illness.

"Though I am in hospice care and have to wake up every morning knowing that the day might be my last, I still have a choice to make: to make that day the best it can be," Trent wrote in a guest column for the newspaper in early December.

Last year, Purdue created a scholarship, the Tyler Trent Courage and Resilience Award , for an undergraduate who has encountered adversity while pursuing a college degree.

The Tyler Trent Cancer Research Endowment also was set up to support cancer research at Purdue and received more than $100,000 in donations.

"Tyler Trent was among the biggest, strongest and wisest people you could ever meet," said Indiana Gov. Eric Holcomb. "He reminded us what being good is all about."

Information from: The Indianapolis Star, http://www.indystar.com