President Trump said he will renew his efforts to end legal protections for young immigrants after the Supreme Court blocked his first try. 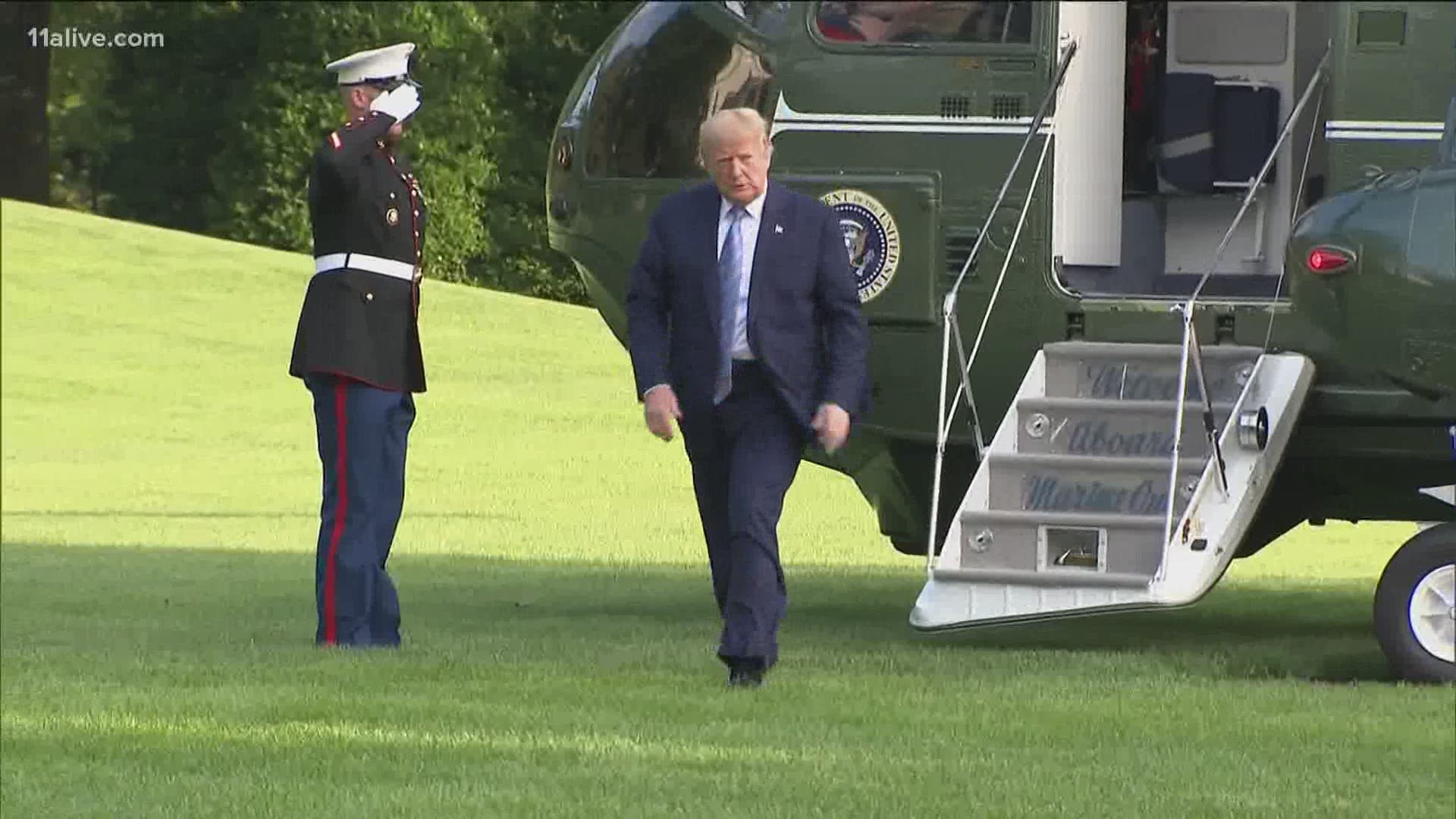 WASHINGTON — Less than 24 hours after the Supreme Court rejected President Donald Trump’s effort to end legal protections for 650,000 young immigrants, Trump declared he will try again to end the program.

For now, immigrants in the Deferred Action for Childhood Arrivals Program (DACA) retain their protection from deportation and their authorization to work in the United States.

On Friday, President Trump tweeted and said he is working to submit paperwork to try and end young immigrants' legal protections, again.

"The Supreme Court asked us to resubmit on DACA, nothing was lost or won," his tweet said. "They 'punted', much like in a football game (where hopefully they would stand for our great American Flag). We will be submitting enhanced papers shortly in order to properly fulfil the Supreme Court’s ruling & request of yesterday."

The Supreme Court justices rejected administration arguments that the 8-year-old Deferred Action for Childhood Arrivals Program is illegal and that courts have no role to play in reviewing the decision to end DACA.

RELATED: What is DACA? | Answering 10 of the most-searched questions on the Supreme Court ruling

Chief Justice John Roberts, joined by his four liberal colleagues, wrote for the court Thursday that the administration did not pursue the end of the program properly.

“We do not decide whether DACA or its rescission are sound policies,“ Roberts wrote. “We address only whether the agency complied with the procedural requirement that it provide a reasoned explanation for its action. Here the agency failed to consider the conspicuous issues of whether to retain forbearance and what if anything to do about the hardship to DACA recipients.”

The Department of Homeland Security can try again, he wrote.

The court’s four conservative justices dissented. Justice Clarence Thomas, in a dissent joined by Justices Samuel Alito and Neil Gorsuch, wrote that DACA was illegal from the moment it was created under the Obama administration in 2012.

Justice Brett Kavanaugh wrote in a separate dissent that he was satisfied that the administration acted appropriately in trying to end the program.

RELATED: 'It's not a done deal at all' | What's next in the DACA fight