Trump: Only way we lose is if election is 'rigged'

The president claimed enthusiasm for November's election is on his side. 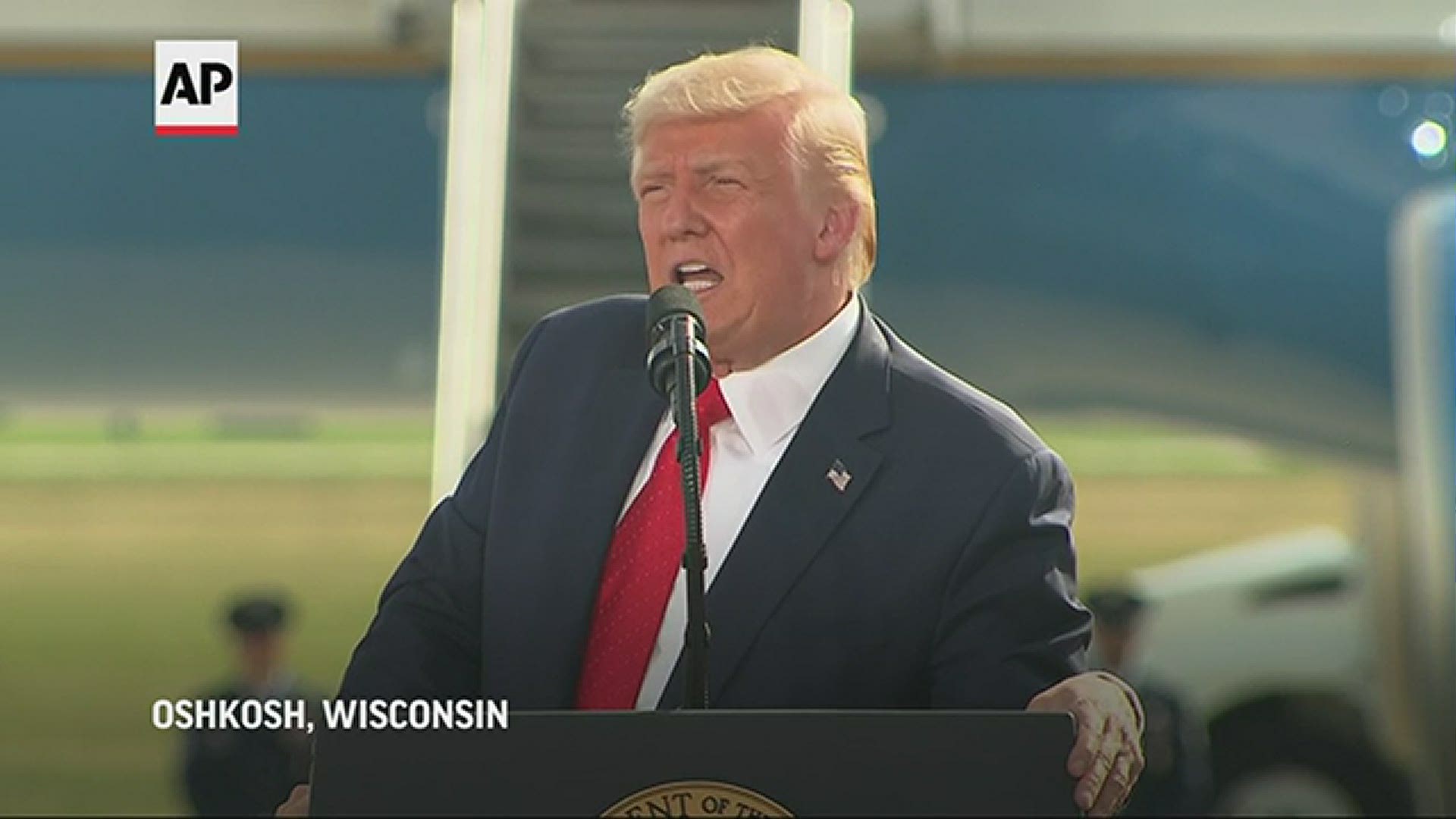 President Donald Trump ramped up his push to stay four more years in the White House by rallying supporters in Wisconsin on the same day Democrats open their four day virtual convention, officially from that host state.

"And then after that, we'll go for another four years, because you know what, they spied on my campaign. We should get a redo of four years. We caught him spying. Can you believe it?" he asked.

The president claimed enthusiasm for November's election is on his side. And he insisted the only way he'll lose "is if the election is rigged."

He urged his supporters to make sure their votes are counted and told them to "do those beautiful absentee ballots."