Trump slams mail-in balloting promoted by his own campaign

A California group tied to president's reelection campaign urged voters to cast ballots remotely for a Republican who won his primary last week. 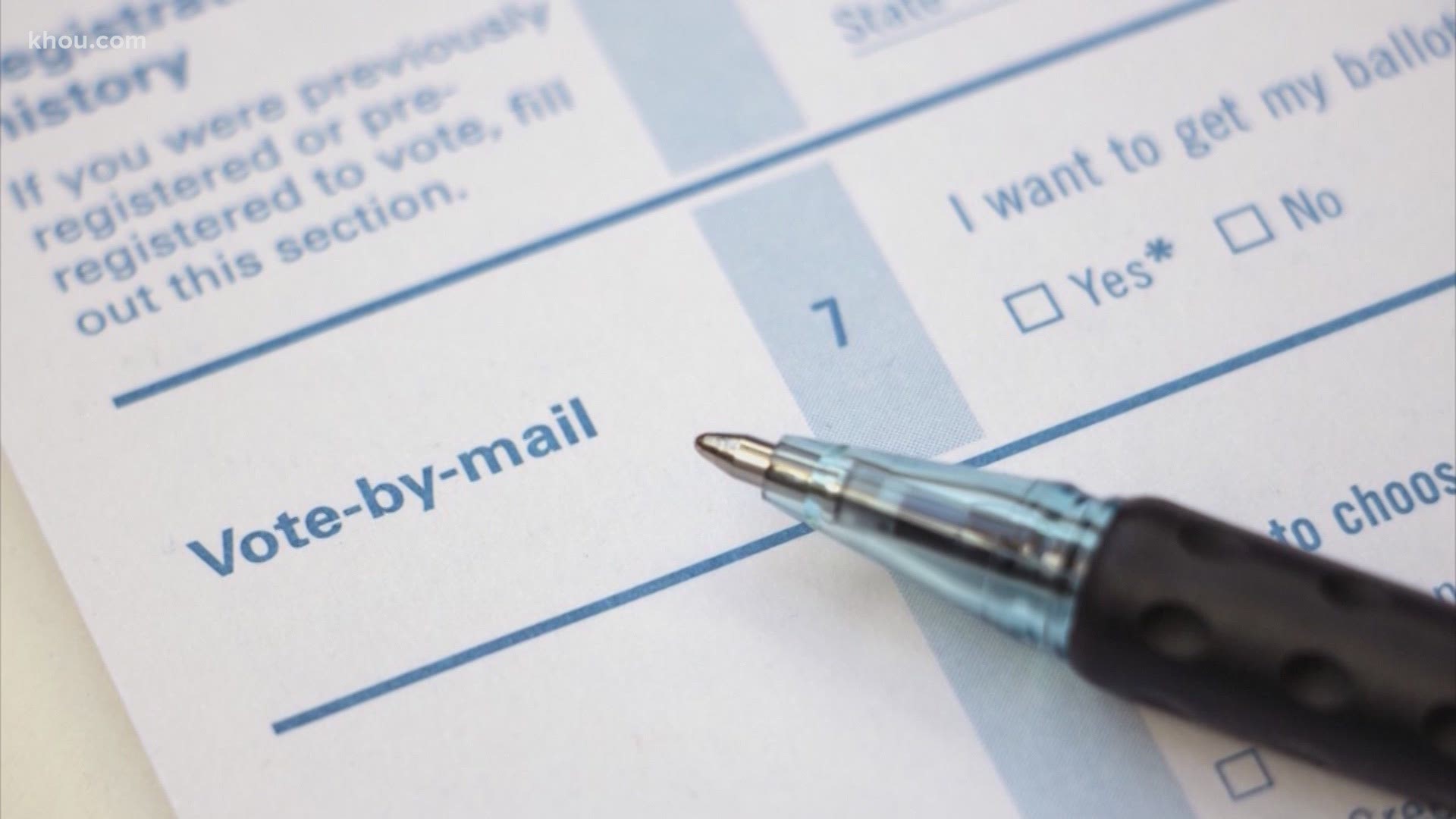 WASHINGTON — President Donald Trump on Thursday railed against mail-in balloting that in some cases has been promoted by his own reelection campaign, alleging without evidence that it leads to “total election fraud." A day earlier, Trump threatened to pull federal money for states that support the practice.

“We don’t want anyone to do mail-in ballots,” Trump told reporters before leaving for Michigan. That state drew the president's ire announcing this week it was sending ballot request forms to all voters to encourage safe voting during the coronavirus pandemic.

Trump, who has voted by mail absentee as recently as this March in Florida's Republican presidential primary, did say he would support exceptions for those who are sick — or are president.

“Now, if somebody has to mail it in because they’re sick, or by the way because they live in the White House and they have to vote in Florida and they won’t be in Florida, but there’s a reason for it, that’s OK," Trump said.

“To really vote and without fraud,” Trump said later in Michigan, “you have to go to the polling place." He added of mail-in balloting, “Obviously there’s going to be fraud. We’re not babies.”

Trump was belittling a method of voting that his own campaign and its affiliates have been pushing voters to use to support GOP candidates.

In California, where mail voting is widespread, Trump Victory — the joint entity of the Republican National Committee and the president's reelection campaign — urged voters to cast ballots remotely for Mike Garcia, who won a special congressional election last week. It likewise pushed Wisconsin supporters to cast absentee ballots to support Tom Tiffany, who won a special congressional election in that state last week.

Republicans’ claims that mailing ballots to all voters creates widespread fraud are not backed up by evidence from the five states that use this method. None has had significant voter fraud cases.

RELATED: Federal judge says all Texas voters can apply to vote by mail during pandemic

In Pennsylvania, the state GOP and its Trump-related affiliates have been urging voters to request absentee ballots for the primary next week.

Just hours before Trump complained about mail ballots in Michigan, the GOP’s regional field director advertised their availability in Pennsylvania: “Mail in Ballot Deadline is Coming! Make sure you apply by May 26th at http://votespa.com so you can vote by mail for @realDonaldTrump!”

Both Republicans and Democrats run absentee and mail-in voting programs as part of their get-out-the-vote operations. The efforts can help reach older voters and others reluctant to vote in person, and can help free up resources on the election day. Trump’s opposition to the practice appears to stem from his insistence that it gives Democrats an advantage and from long-standing, largely unconfirmed, suspicions about the prevalence of voter fraud.

Trump allies have explained the mixed message by saying that they are making full use of the voting systems in each state, but are not endorsing them.

But on Monday, RNC chair Ronna McDaniel, who accompanied Trump to Michigan on Air Force One, appeared to support the very practice that Trump found objectionable in the state — and that has been used by Republican election officials in other states.

“I don’t really have an issue with absentee request forms being sent to voters,” McDaniel said.

Trump campaign spokesman Tim Murtaugh asserted “there is no statutory authority for the secretary of state in Michigan to send absentee ballot applications to all voters.” That's an argument some Michigan Republicans have also made. Murtaugh did not address whether Republican secretaries of state elsewhere were similarly constrained.

In addition to complaining about Michigan, Trump also threatened federal dollars for to Nevada, which has sent ballots to voters for its June 9 state primary. A federal judge recently cleared Nevada’s decision to mail ballots, which were sent by the Republican secretary of state.

But Trump appeared to back off his threat, particularly as Michigan deals with the devastation from the failure of two dams that has forced thousands to evacuate. “We'll take a look at it,” Trump said, even as he pledged federal support to those affected by the flooding.

The White House said a day earlier that Trump's threat was merely a message to the Office of Management and Budget to study the issue.

The GOP-controlled Senate has so far stopped Democrats from mandating expanded mail and early voting as part of coronavirus relief bills, arguing that states should make decisions on their own election systems. The battle has largely moved to the courts, with Democrats filing at least 17 lawsuits to force states to expand their programs.