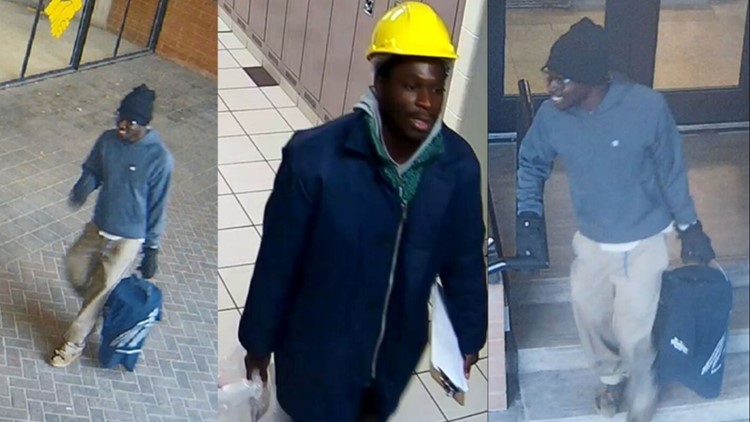 WASHINGTON — A Toronto man who was arrested on five counts of assault with a weapon and five counts of mischief, and interfering with property has been denied bail. It is alleged that 23 year old Samuel Opoku of Toronto threw "liquefied fecal matter" from a bucket onto multiple people at the University of Toronto campus and two other Toronto locations.

Toronto's Mayor John Tory congratulated police on Twitter after the "feces attacks" suspect Opoku was arrested saying, "he can’t face justice or be given help until apprehended and it seems our police have that in hand. I hope this arrest will help calm concern on campuses and across the city."

Opoku faced a judge in a crowded Toronto courtroom Wednesday after the case gained enormous attention across the country. Canada's National Post reported that the courtroom was so overcrowded with media and spectators, the judge ordered everyone to a larger room upstairs. People are said to have rushed in excitement from one room to another, with some reportedly jumping over railings in a chaotic display. Opoku will reportedly reappear in court for another bail hearing on Tuesday December 3, but will remain in custody until then. Most of the details that happened in court are blocked by a publication ban, under Canadian law.

Opoku's lawyer Jordan Weisz told reporters that he has "no concerns" about his clients ability to stand trial. Weisz did say that because of the nature of the allegations against his client, it does suggest that there could be some pre-existing mental health conditions.

According to Toronto police, on Friday November 22, "a man" entered the John P. Robarts Research Library on the University of Toronto campus and threw "liquefied fecal matter" from a bucket onto a woman and a 'young person."

In another incident on November 24, this time on the York University campus, Toronto police say that, again, "a man" threw liquefied fecal matter from a bucket onto two people. This time "a woman and a man."

Then the next day on November 25, Toronto police report that "a man" allegedly approached a woman in Toronto at the corner of College Street and McCaul Street and, horrifically, (again) threw the contents of a bucket, described as liquefied fecal matter, onto her.

Officers arrested Opoku at around 6 p.m. local time in downtown Toronto on Monday November 26. It is not clear if Opoku was carrying a bucket, or why he was at that location.

There was some confusion about the contents of the bucket during the investigation. Many were still trying to understand what exactly was in the bucket that security camera footage capture Opoku holding.

Toronto Police Constable Allyson Douglas-Cook told the National Post, "it was feces, but we don't know if it is, in fact, human feces."

A university of Toronto student told CTV News she thought the bucket had coffee in it, until "the smell hit." She said she thought she was "going to faint." She said her and her friends packed up their stuff and just ran away.