Tom Hanks op-ed: Teach about the Tulsa Race Massacre in our schools

Tom Hanks said the Tulsa Race Massacre, which killed some 300 Black citizens, is a 'tragic omission' from American history classes. 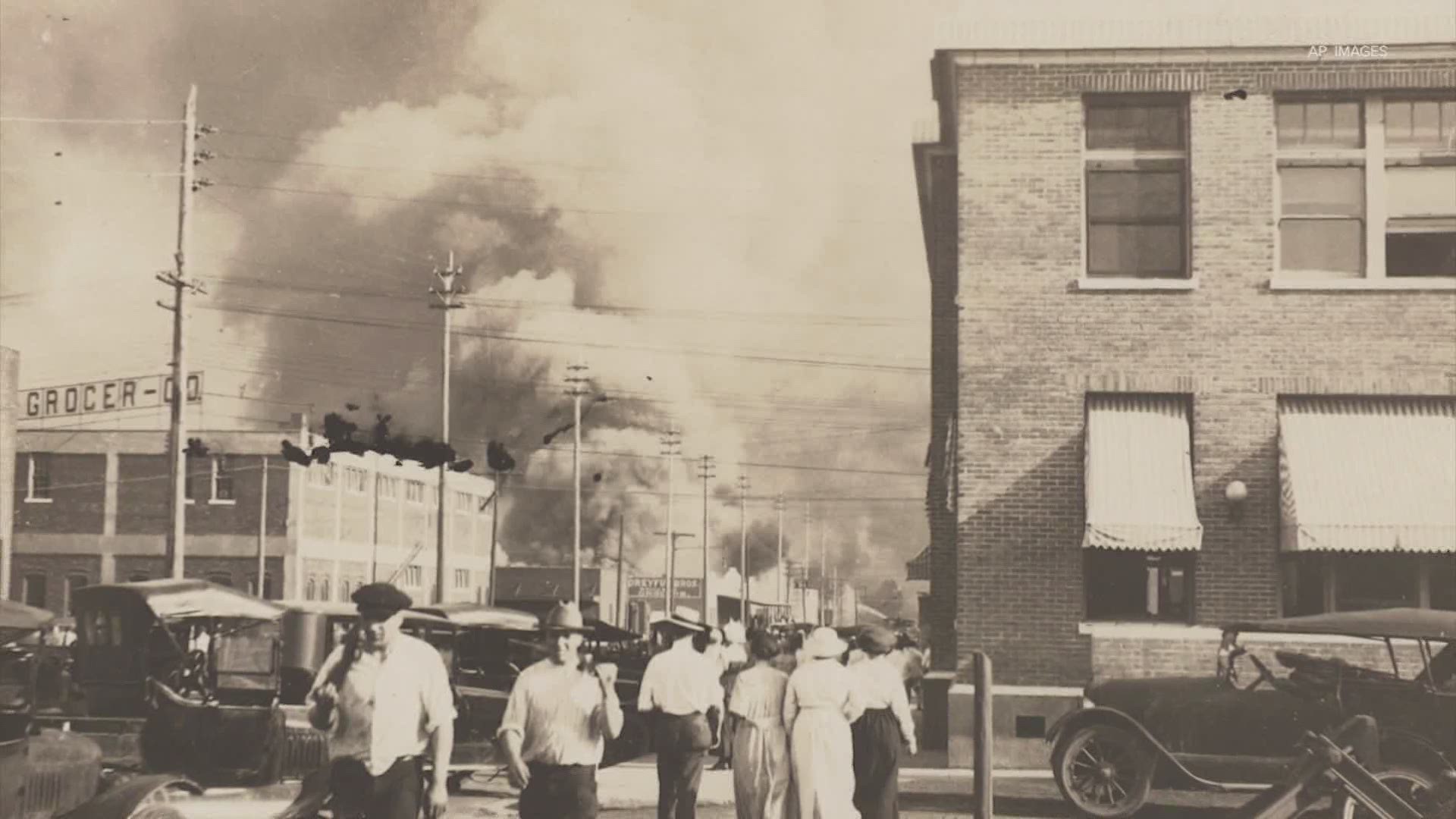 Filmmaker and Oscar-winning actor Tom Hanks has written an op-ed calling on schools to teach students about the 1921 Tulsa Race Massacre, calling it a "tragic omission" from history curriculum.

Hanks, writing in the New York Times, said that in addition to being an avid documentary watcher, he had about four years of American history classes between elementary school and community college.

"But for all my study, I never read a page of any school history book about how, in 1921, a mob of white people burned down a place called Black Wall Street, killed as many as 300 of its Black citizens and displaced thousands of Black Americans who lived in Tulsa, Okla," Hanks wrote.

After the massacre on May 31 - June 1, 1921, Thousands of survivors were forced for a time into internment camps overseen by the National Guard. Burned bricks and a fragment of a church basement are about all that survive today of the more than 30-block historically Black district.

Hanks noted that American history classes commonly talk about the Emancipation Proclamation, the Ku Klux Klan and Rosa Parks, but not the Tulsa Race Massacre.

He also wrote that when systemic racism in America is brought up, there is often a strong reaction by people who believe every American has been free since July 4, 1776.

"Tell that to the century-old survivors of Tulsa and their offspring. And teach the truth to the white descendants of those in the mob that destroyed Black Wall Street," he wrote.

Hanks concluded saying the Tulsa Race Massacre should be taught in schools.

"Yes, and they should also stop the battle to whitewash curriculums to avoid discomfort for students. America’s history is messy but knowing that makes us a wiser and stronger people," Hanks wrote.

The op-ed comes as an ideological and legislative battle is happening across much of the country over teachings about race in public schools.

At least 16 states are considering or have signed into law bills that would limit the teaching of certain ideas linked to “critical race theory,” which seeks to reframe the narrative of American history. Its proponents argue that federal law has preserved the unequal treatment of people on the basis of race and that the country was founded on the theft of land and labor.

Republicans have said concepts suggesting that people are inherently racist or that America was founded on racial oppression are divisive and have no place in the classroom.

The National Education Association and the National Council for the Social Studies oppose legislation to limit what ideas can be presented inside a classroom.