T-Mobile, Sprint agree to merge as America's national wireless carriers shrink from 4 to 3

The deal would help the companies slash costs and could make them a stronger competitor to the larger AT&T and Verizon. 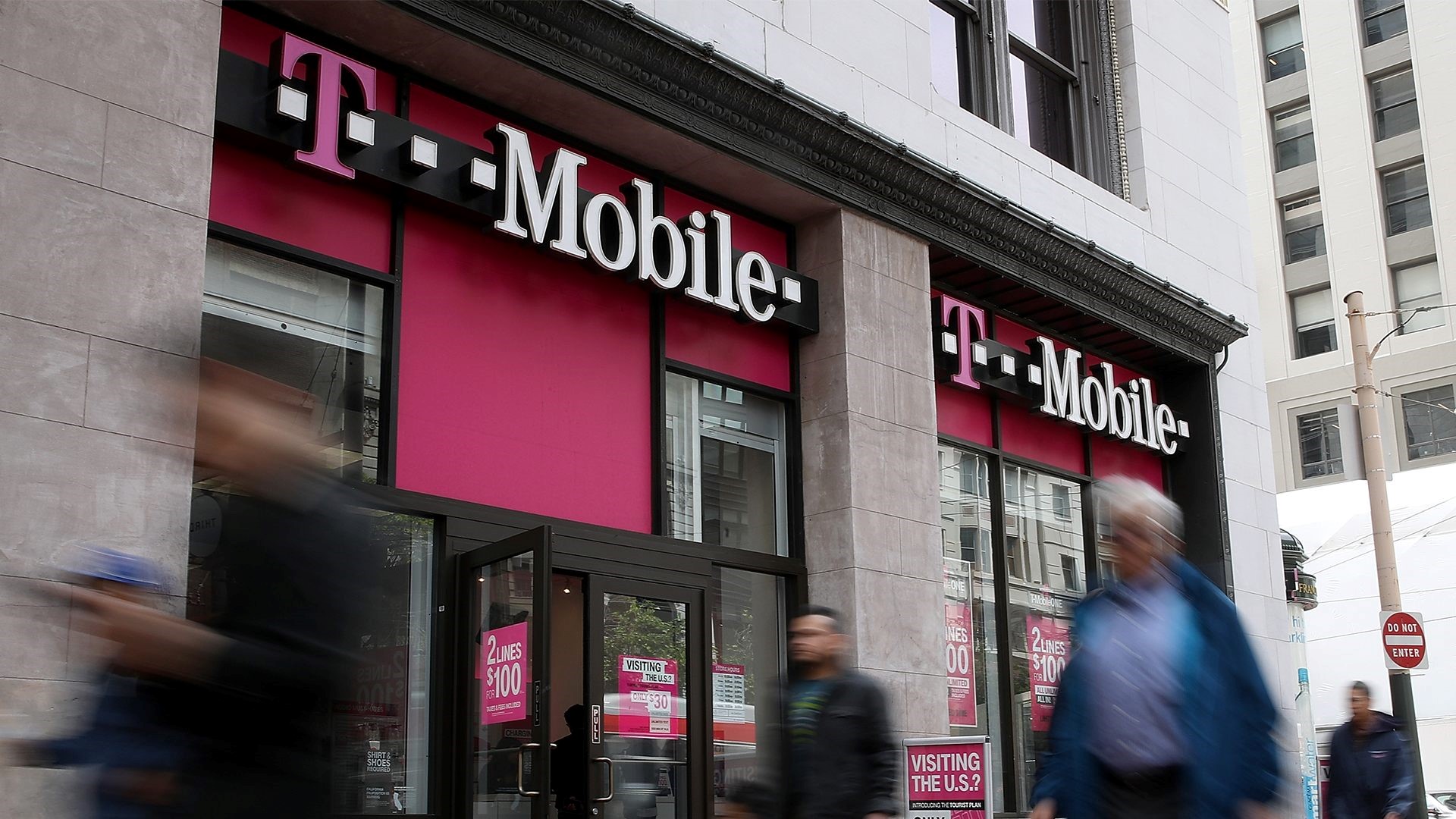 NEW YORK — T-Mobile and Sprint reached a $26.5 billion agreement Sunday to combine in a deal that would reshape the U.S. wireless landscape by reducing it to three major cellphone providers.

The big unknown is whether the deal will win approval from the Trump administration's antitrust regulators. The two companies have been considering a combination for years, but a 2014 attempt fell apart amid resistance from the Obama administration.

In a conference call with Wall Street analysts, Sprint CEO Marcelo Claure acknowledged that getting regulatory approval is "the elephant in the room," and one of the first things the companies did after sending out the deal's news release was to call Ajit Pai, chairman of the Federal Communications Commission.

The companies stressed that they plan to have more employees following the combination, particularly in rural areas, than they do as stand-alone companies.

They also emphasized that the deal would help accelerate their development of faster 5G wireless networks and ensure that the U.S. States doesn't cede leadership on the technology to China.

And they said the combination would allow them to better compete not only with AT&T and Verizon but also with Comcast and others as the wireless, broadband and video industries converge.

"This is going to be causing even more competition than this country has seen," said John Legere, T-Mobile chief executive. He would be the CEO of the combined company, which will be called T-Mobile.

The all-stock deal values each share of Sprint at slight more than 0.10 T-Mobile shares. Deutsche Telekom, T-Mobile's parent, would own about 42 percent of the combined company. Japan's SoftBank, which controls Sprint, would own 27 percent, and the remainder would be held by the public.

The companies said they expect the deal to close by the first half of 2019 and would result in about $6 billion in annual cost savings.

Investors have been anticipating a deal like this for some time. Sprint dropped a bid for T-Mobile more than three years ago following concerns by the Obama administration about wireless competition. The two were also poised to combine in October, but that deal was called off, too.

The agreement will have to be reviewed by the Justice Department and the FCC.

National carriers had not been able to get a deal through under President Barack Obama. But the FCC in September deemed the wireless market "competitive" for the first time since 2009, which some analysts say could make it easier to present a deal.

The 5G aspirations are at the heart of the agreement, and the new technology could allow companies to provide faster service to peoples' homes.

Sprint's Claure likened going from 4G to 5G to switching from black-and-white television to color. The combined company plans to invest up to $40 billion in its network in the first three years, which executives said would drive more hiring and better service for customers.

Sprint has a lot of debt and has posted a string of annual losses. It has cut costs and made itself more attractive to customers, BTIG Research analyst Walter Piecyk said, but it hasn't invested enough in its network and doesn't have enough airwave rights for quality service in rural areas.

T-Mobile, meanwhile, has been on a yearslong streak of adding customers. After the government nixed AT&T's attempt to buy the company in 2011, T-Mobile led the way in many consumer-friendly changes, such as ditching two-year contracts and bringing back unlimited data plans.

Consumers are paying less for cellphone service thanks to T-Mobile's influence on the industry and the resulting price wars.

Verizon and AT&T have been expanding their video-content businesses, while cable companies have been moving into wireless. That allows a single company to combine home and wireless internet and use content to support the communications businesses.

Comcast, the cable giant that finished buying NBCUniversal in 2013, offers customers wireless service by reselling access to Verizon's network. So does another dominant cable company, Charter.