The president used the band's hit song 'Livin' on the Edge' at a rally in Charleston, West Virginia. 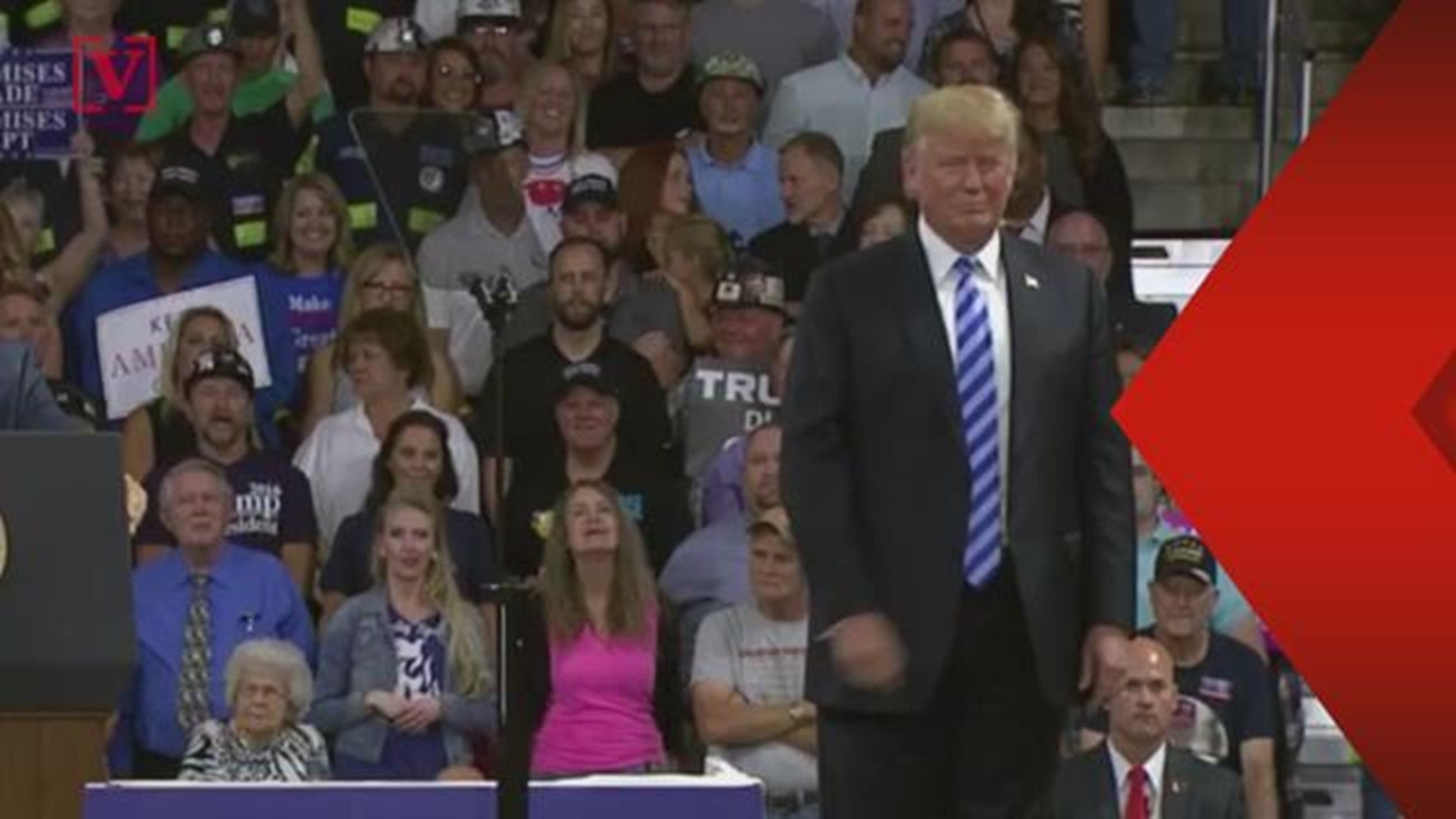 The 70-year-old rocker sent Trump a cease-and-desist letter Wednesday after the commander-in-chief played Aerosmith’s hit song “Livin’ on the Edge” at a rally in Charleston, West Virginia Tuesday night.

“Mr. Trump is creating the false impression that our client has given his consent for the use of his music, and even that he endorses the presidency of Mr. Trump,” the letter obtained by USA TODAY read.

Tyler’s legal team said Trump’s use of the song is a trademark infringement and a “violation of our client’s rights of privacy."

The scene in WV before Trump’s rally. Aerosmith’s “Livin’ on the edge” playing. pic.twitter.com/HW1qr9TBgE

His lawyers say use of the song “specifically violates Section 43 of the Lanham Act, as it ‘is likely to cause confusion, or to cause mistake, or to deceive as to the affiliation, connection, or association of such person with another person.”

This is not the first-time the former "American Idol" judge has criticized Trump over use of his music.

The singer’s legal team sent Trump a cease-and-desist letter in August 2015 and October 2015, after the then-Republican candidate used “Dream On” on the campaign trail.

“What makes this violation even more egregious is that Mr. Trump’s use of our client’s music was previously shut down, not once, but two times, during his campaign for presidency in 2015,” the letter stated.

Tyler wrote the song “Livin’ on the Edge” with Aerosmith bandmates Joe Perry and Mark Hudson in 1993.

The group performed with Post Malone at the MTV Video Music Awards Monday, a day before Trump's West Virginia rally. Aerosmith will launch a Las Vegas residency in April 2019.