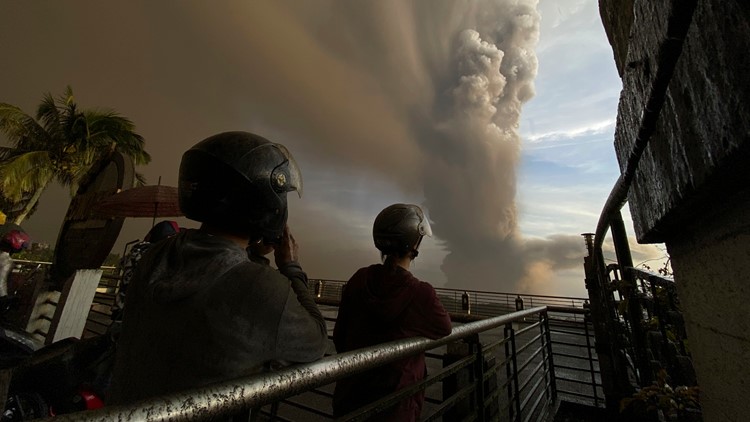 A tiny Philippine volcano that draws many tourists for its picturesque setting in a lake, belched steam, ash and small rocks in a huge plume Sunday, prompting thousands of residents to flee and airport officials to temporarily hold flights in Manila.

The Philippine Institute of Volcanology and Seismology said Taal Volcano in Batangas province south of Manila blasted steam and ash up to 1 kilometer into the sky on Sunday amid signs of its growing restiveness in recent months.

As the Associated Press reported, the Philippine Institute of Volcanology and Seismology told the public the little island where the volcano is located is a “permanent danger zone,” even though fishing villages have been there for a while. The institute told nearby communities “to take precautionary measures and be vigilant of possible lake water disturbances related to the ongoing unrest.”

There were no immediate reports of injuries. Authorities have also recorded a swarm of earthquakes, some of them felt with rumbling sounds, and a slight inflation of the volcano edifice. One of the world's smallest volcanoes, Taal is one of about two dozen active volcanoes in the Philippines.