The U.S. Coast Guard said it is aware and will monitor the flotilla. 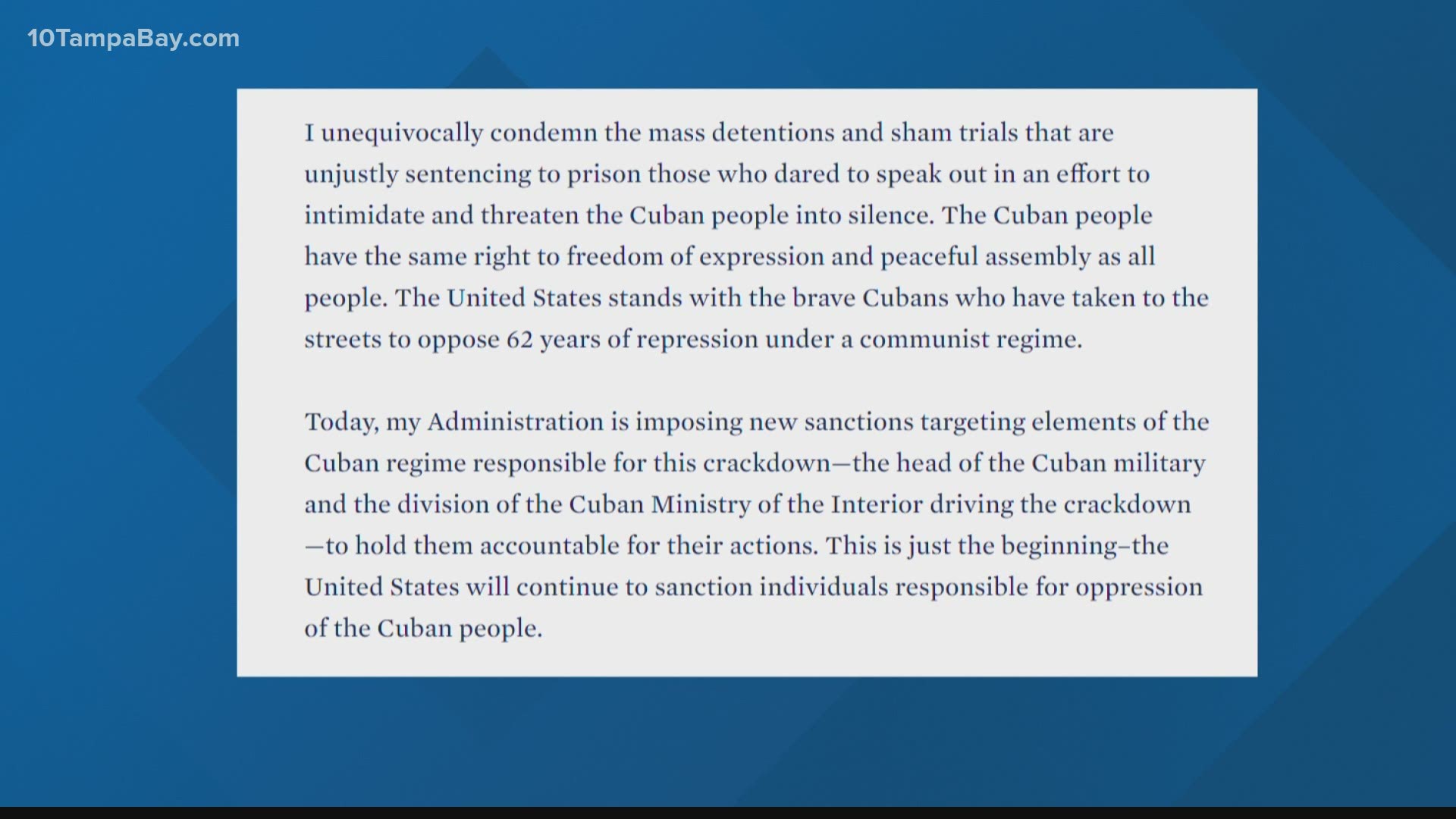 MIAMI — A small group of Cuban Americans launched motorboats from Miami early Friday, planning to approach Cuba in a show of support for people experiencing hardships on the island.

Five boats left from Miami's Bayside marina just before 8 a.m. They planned to refuel in Key West before heading into the Florida Straits, said Jose Portieles, who is helping organize the effort.

He said they would stay in international waters, some 15 miles (1609 meters) off the coast of Havana.

“We also want to draw the attention to the United States government that they have to do something,” Portieles said. “We feel identified with what is happening in the protests in Cuba, we could be the ones who are there.”

The group is not armed, Portieles said. And most of them aren't activists, but rather Cuban-American entrepreneurs who know each other from the South Florida boating community and share a desire to see a free Cuba.

The boaters planned to arrive at the closest point to Cuba by 5 p.m. Friday, before heading back to Miami, arriving home by mid-day Saturday.

The trip was originally planned for Monday but postponed to Friday.

Ramón Saul Sanchez, leader of the nonprofit group Movimiento Democracia that launched several flotillas in the past, was at Bayside to see them off. He advised them not to use flares to draw the attention of the Cuban government, and to remain no closer than 15 miles from the coast.

The U.S. Coast Guard said it is aware and will monitor the flotilla.

“We are patrolling on the water and in the air to protect and ensure the safety of life at sea for all — regardless of the planned flotilla activity," the agency said in a statement.