An investigative report linked the collars to hundreds of pet deaths and injuries. The company has refuted the claims. 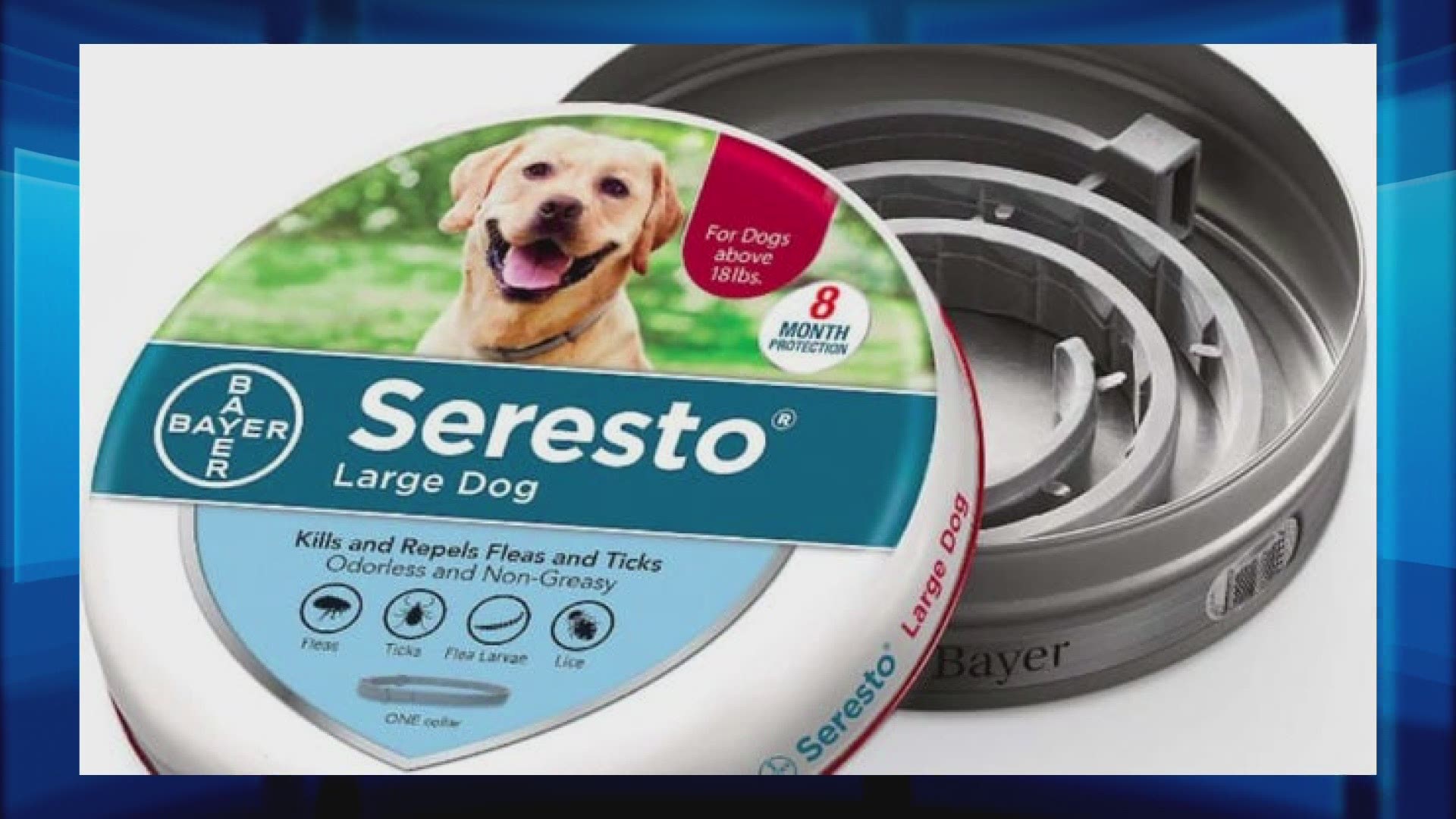 WASHINGTON — A congressional subcommittee has called for the voluntary recall of Seresto flea and tick collars after an investigative report linked the products to the deaths of nearly 1,700 pets and hundreds of injuries to humans.

The investigation, conducted by the Midwest Center for Investigative Reporting and published earlier this month in USA TODAY, reviewed thousands of complaints filed by pet owners with the Environmental Protection Agency.

The report claimed since the Seresto collars were introduced in 2012, the EPA has received incident reports of at least 1,698 pet deaths and 75,000 total incident reports related to the collars. The incidents detailed range from skin rashes to neurological issues to death. There were also nearly 1,000 incident reports detailing injuries to humans, the Midwest Center for Investigative Reporting said.

Elanco, the company that makes the Seresto flea and tick collars, has repeatedly refuted the report's findings and says there's no need for a recall.

Rep. Raja Krishnamoorthi, chairman of the Subcommittee on Economic and Consumer Policy, sent a letter Wednesday to Elanco's CEO asking the company to conduct a voluntary recall and to issue a full refund for customers.

"We believe that the actual number of deaths and injuries is much greater, Rep. Krishnamoorthi wrote, "since the average consumer would not know to report pet harm to EPA, an agency seemingly unrelated to consumer pet products."

Because the collar contains pesticides, the EPA regulates the product and documents related incidents. According to the investigative report, the collar uses a combination cocktail of imidacloprid and flumethrin pesticides and releases small amounts of it onto the animal for months at a time.

A spokesperson for Elanco said the company is cooperating with the Subcommittee's request for additional information, but said the calls for a recall are "based on recent misleading media coverage.” The company added that the incident report rate for all adverse events related to Seresto in the U.S. has been below 0.3%.

"Furthermore, the significant majority of these incidents relate to non-serious effects, such as dermatologic application site issues," the company spokesperson said.

The company has noted its collars have protected 25 million dogs from fleas and ticks and it takes any reports of adverse events seriously and does evaluate and report them to authorities if necessary.

Dr. Tony Rumschlag, senior director for Technical Consultants at Elanco, added in a statement that the incident reports "cannot be used to draw conclusions on what may have actually caused the issues."

"It is critically important to understand that a report is not an indication of cause...if a dog were to be wearing a collar and experienced any sort of health issue, the collar would be mentioned in the resulting report as required, even if the collar was very obviously not the source of the issue," Rumschlag added.