The New York Times reported that a GOP official said a White House aide reached out to Kristi Noem's office about the process to add presidents to the monument. 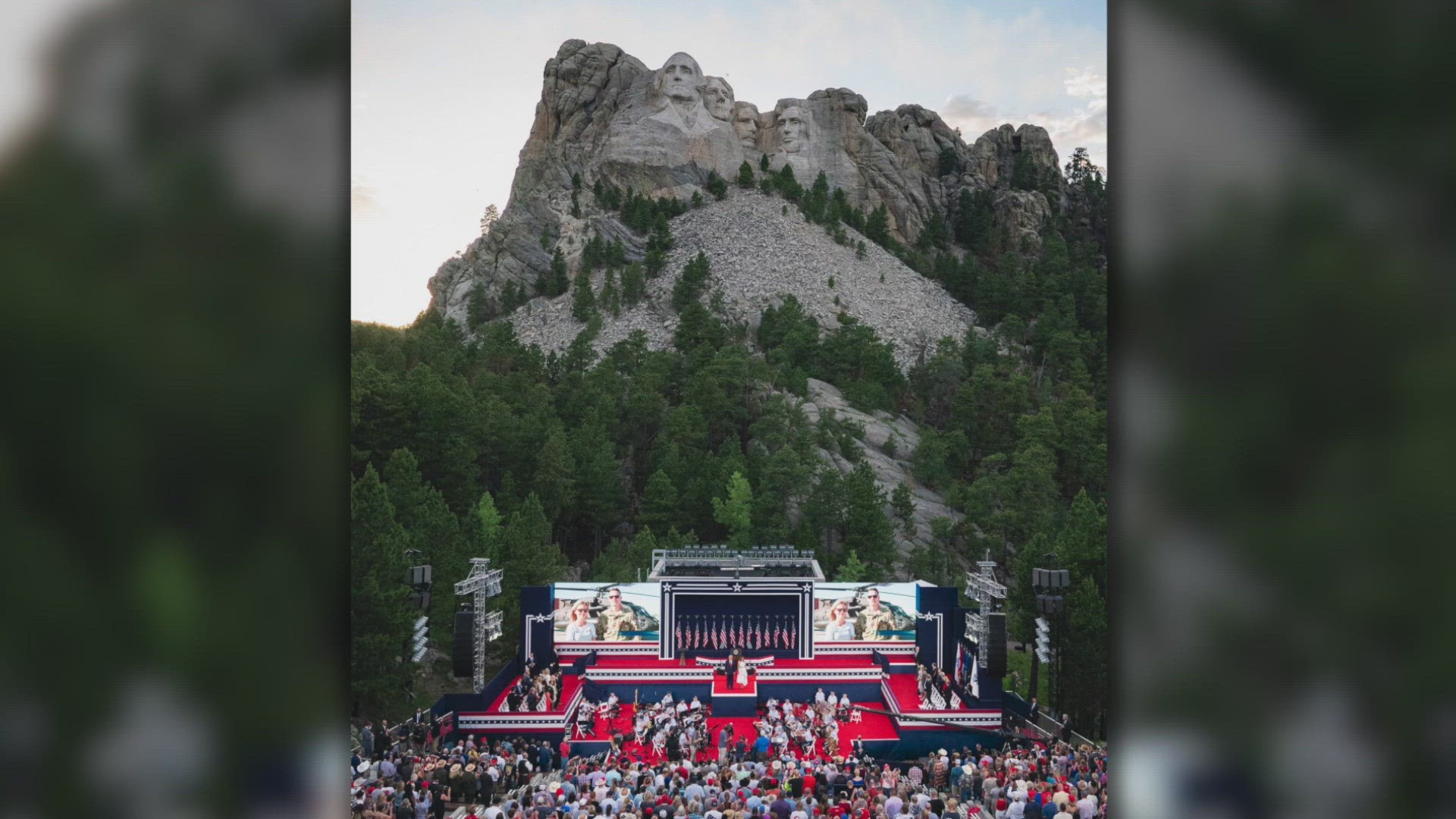 According to a report from the New York Times, a White House aide reached out to South Dakota Governor Kristi Noem's office in 2019 to inquire about the process for adding additional presidents to the Mount Rushmore monument.

Noem, who was elected governor of South Dakota in 2018, said president Trump told her he wanted to be featured on the monument.

During an interview with the Argus Leader in 2018, then U.S. Rep. Noem, who was at the time running for governor said, "the first time we were in the Oval Office, you know he said, he said Kristi, come on over here and shake my hand. So I shook his hand and I said Mr. President you should come to South Dakota some time, we have Mount Rushmore. He goes, did you know its my dream to have my face on Mount Rushmore?... then within a month or so he said it in public and got a lot of criticism." Noem then said, "I said, come pick out a mountain."

In July Trump traveled to the Black Hills for a spectacle that lit up Mount Rushmore in the background with Trump on stage. As the New York Times reports, Noem greeted Trump with a replica of Mount Rushmore that was reportedly four feet tall and had a a fifth presidential likeness on it, resembling Trump.

On Sunday the president responded to a CNN report citing the New York Times, who said the White House reached out to the South Dakota governor about the process of adding presidents to the monument.

In a tweet Trump wrote, "Never suggested it although, based on all of the many things accomplished during the first 3 1/2 years, perhaps more than any other Presidency, sounds like a good idea to me!"

This is Fake News by the failing @nytimes & bad ratings @CNN. Never suggested it although, based on all of the many things accomplished during the first 3 1/2 years, perhaps more than any other Presidency, sounds like a good idea to me! https://t.co/EHrA9yUsAw

As noted by CNN, a White House official reportedly pointed out to the New York Times that Mount Rushmore is a federal, and not a state monument.