Kremlin spokesman said that those infected were “mainly those who take part in ensuring the work and activities of the head of state, his security.” 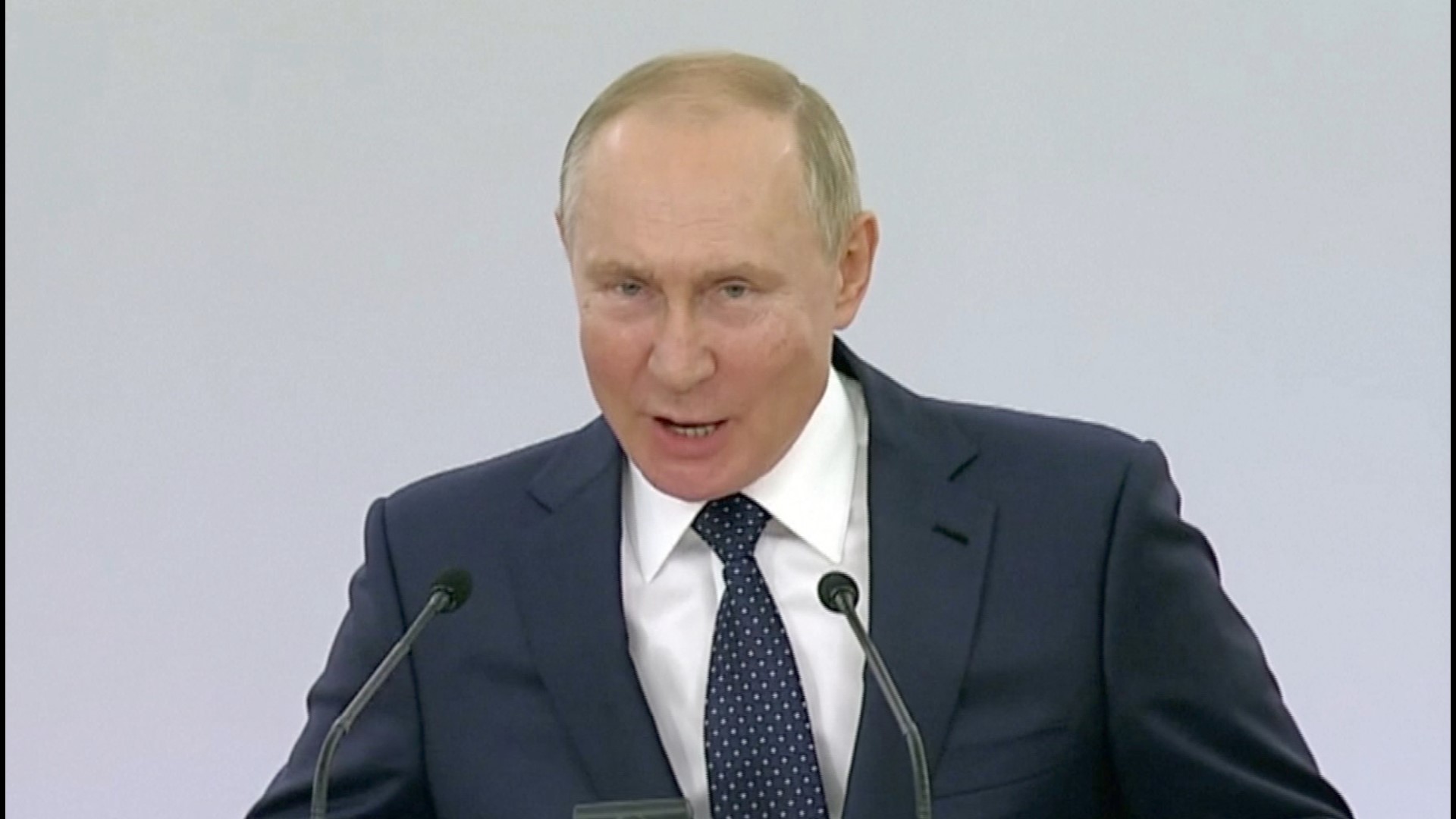 MOSCOW, Russia — Russian President Vladimir Putin says dozens of his staff have been infected with the coronavirus and that he will continue his self-isolation because of the outbreak.

The Kremlin announced earlier this week that he would self-isolate after someone in his inner circle was infected although Putin had tested negative for the virus and he's fully vaccinated with Russia's Sputnik V. But Putin said Thursday the infections were extensive.

“Cases of coronavirus have been identified in my immediate environment, and this is not one, not two, but several tens of people. Now we have to observe the self-isolation regime for several days,” he said by video link to a summit of the Russia-led Collective Treaty Security Organization.

Kremlin spokesman Dmitry Peskov said that those infected were “mainly those who take part in ensuring the work and activities of the head of state, his security.” None of the cases are severe, he said.

RELATED: Putin to self-isolate due to COVID cases among inner circle

Although Russia was the first country to roll out a coronavirus vaccine, less than 30% of the country is fully vaccinated.

The national coronavirus task force says about 7.2 million infections have been recorded in the country of 145 million, with 195,835 deaths.