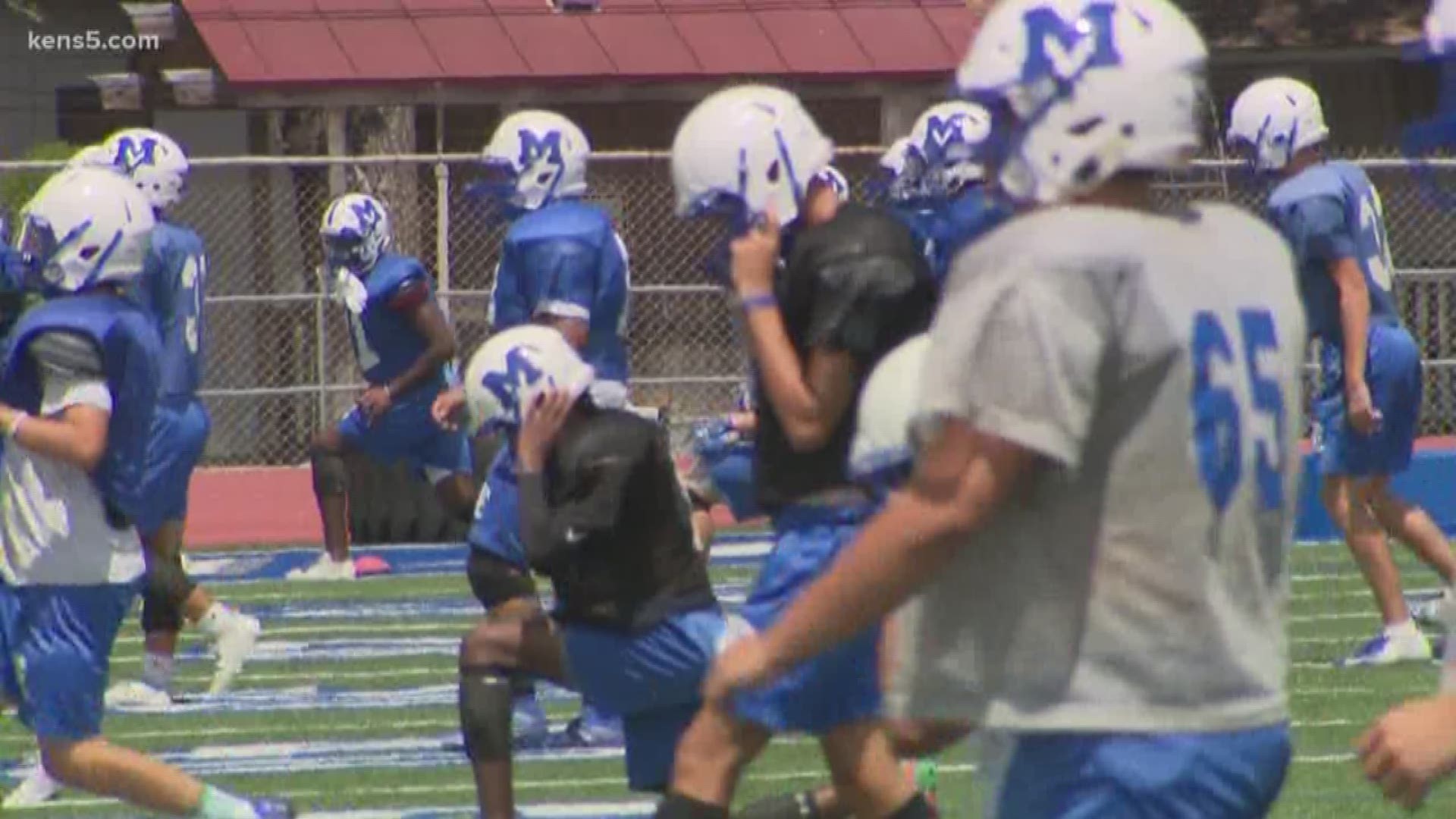 A new public service announcement urging parents to consider delaying when their kids start playing tackle football compares the potential for a brain injury to that of smoking.

The ad, titled "Tackle Can Wait" shows kids playing the game. After two of them hit the ground from a tackle, the scene shifts to coaches and parents handing out cigarettes to the kids on the sideline. The ad even shows the kids lighting up.

“The younger I start, the longer I’m exposed to danger," a boy is heard saying, voicing over the ad.

The ad from the Concussion Legacy Foundation urges parents to have their children who are ages 14 and under to instead play flag football.

The ad states children who start playing tackle football at 5 years old are 10 times more likely to develop Chronic Traumatic Encephalopathy (CTE). It's a degenerative brain disease that has been linked players involved in tackle football and other contact sports that can result in head injuries such as soccer.

RELATED: CTE linked with violence in many professional athletes

“Tackle football is really a man’s game, and it’s incredibly dangerous to the developing brain,” said Chris Nowinski, the foundation's founder and one of the foremost experts on concussions and CTE. He played college football at Harvard and was a wrestler in WWE for several years.

Chris Borland plays the referee in the ad. After a stellar rookie season with the San Francisco 49ers in 2014, the linebacker abruptly quit the game following two concussions.

"Football is a sport that requires strength and explosion, and for kids that are 50, 60, 70 pounds, they can't even support their own head with that heavy helmet on it. They're like bobbleheads running around on the field," Borland said in a behind-the-scenes video. " So, I think waiting to play until later is better for the health of young athletes and, obviously, better for their brains."

The ad includes a note at the end that the smoking is simulated. The foundation also says two certified teenage stunt actors were the only ones doing the tackling.

The Associated Press reports some states have discussed banning tackle football for children under 12. Many parents have decided to not let their children play tackle football at all due to the concerns over brain injuries.