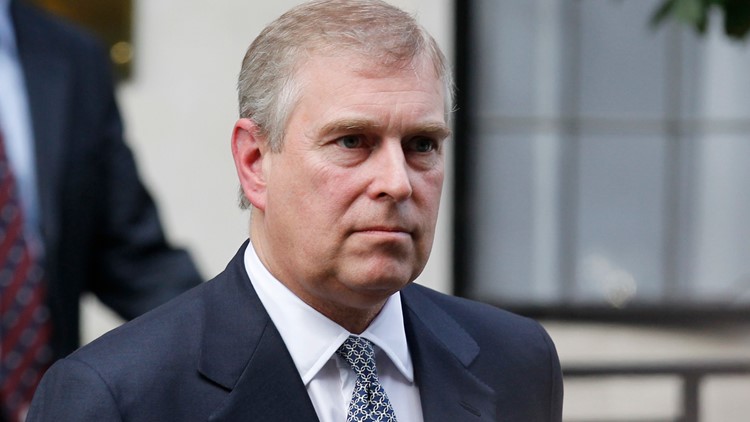 NEW YORK, USA — Speaking at a news conference outside Epstein's New York mansion, U.S. Attorney for the Southern District of New York Geoffrey Berman said prosecutors and the FBI had contacted Prince Andrew's lawyers and requested to interview him as part of the investigation.

Berman said that “to date, Prince Andrew has provided zero cooperation,” despite previously saying publicly that he would willingly cooperate in the investigation.

The 59-year-old Prince Andrew, Queen Elizabeth II’s son, announced last year that he was withdrawing from his royal duties amid renewed attention of his friendship with Epstein, and a woman's claim that she had several sexual encounters with the prince starting when she was 17.

Andrew has denied any sexual contact with the woman.

RELATED: Prince Andrew to step back from public duties