Trump continues to fight allegations that he made offensive comments about fallen U.S. service-members. 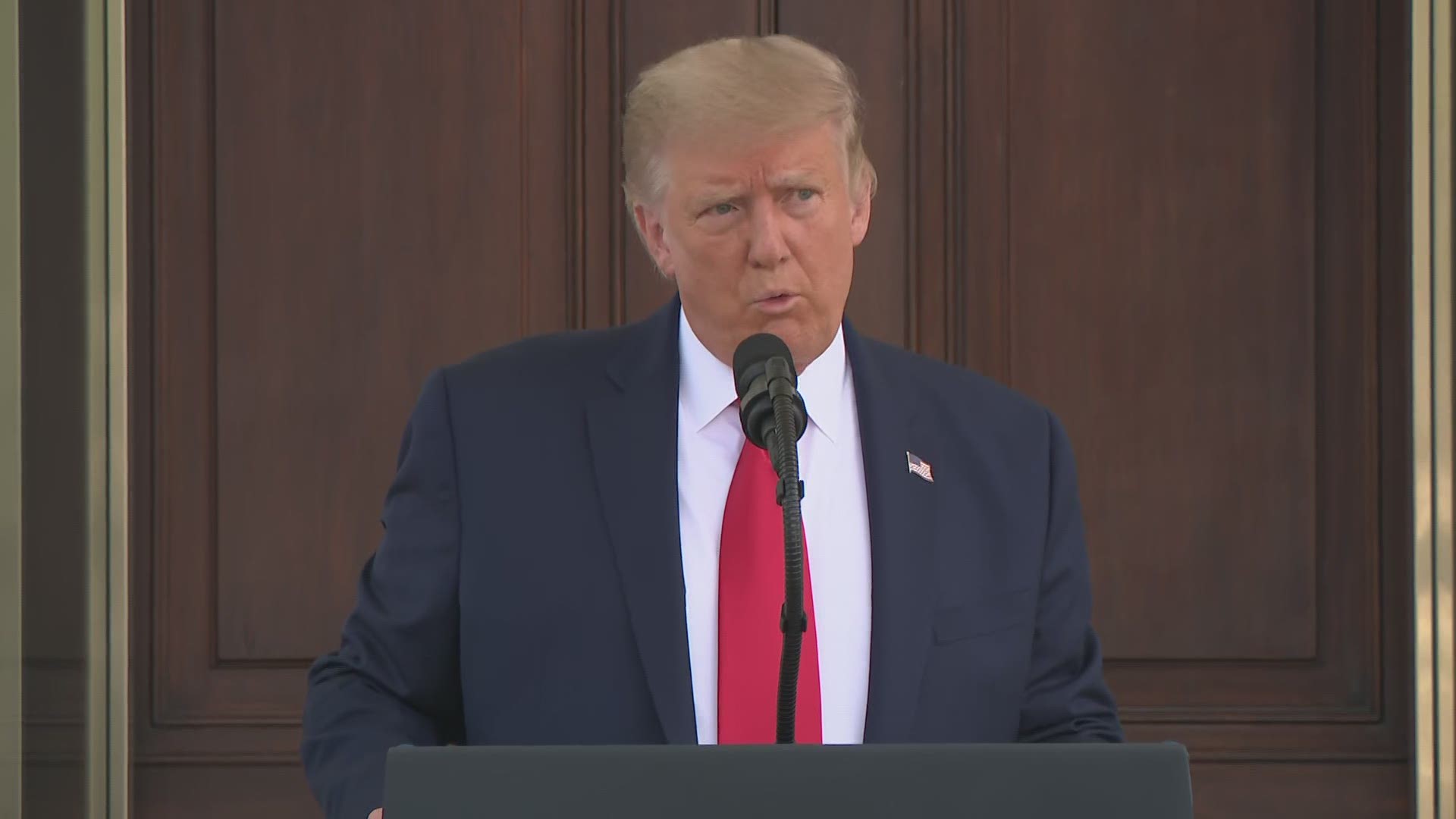 Trump continues to fight allegations that he made offensive comments about fallen U.S. service-members, including calling World War I dead at an American military cemetery in France “losers” and “suckers” in 2018. The Atlantic first reported on the anonymously sourced allegations.

At a White House news conference Monday, Trump repeated his claim that the story was a “hoax” and said: “I’m not saying the military’s in love with me. The soldiers are.”

However, he added, “The top people in the Pentagon probably aren’t because they want to do nothing but fight wars so all of those wonderful companies that make the bombs and make the planes and make everything else stay happy.”

Trump's relationship with military brass has been strained since he threatened this summer to use the Insurrection Act to provide troops for law enforcement during the protests after George Floyd’s death. Gen. Mark Milley, chairman of the Joint Chiefs of Staff, has also expressed regret for walking with Trump through Lafayette Square in what turned out to be a photo op during the protests.