Pelosi creates panel to 'seek the truth' on Capitol attack

Pelosi still said she's "hopeful" for a bipartisan commission to investigate the Jan. 6 attack as well. 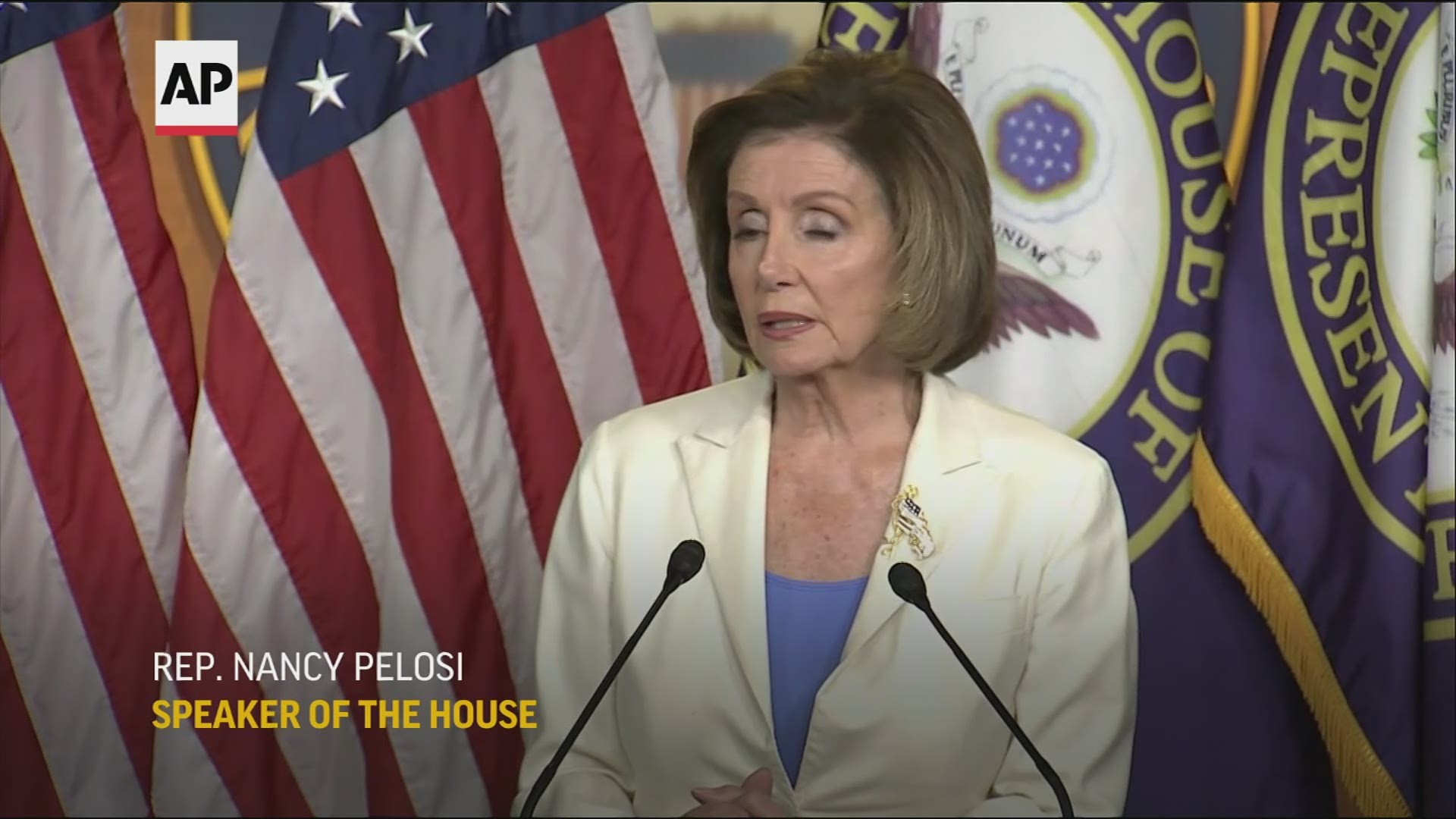 WASHINGTON — House Speaker Nancy Pelosi made it official Thursday that she is creating a special committee to investigate the attack on the Capitol, saying it is "imperative that we seek the truth.”

The new committee comes after Republican senators blocked legislation that would have set up a bipartisan commission to investigate the attack. A violent mob of then-President Donald Trump's supporters overran the police on Jan. 6, broke into the building and hunted for lawmakers as they tried to stop the certification of Joe Biden’s presidential election victory.

The House passed the bill to form a commission last month, and Pelosi, D-Calif., said it was her preference to have an independent panel lead the inquiry. But she said Congress cannot wait any longer to begin a deeper look at the insurrection.

“January 6 was a day of darkness for our country,” Pelosi said, and the “terror and trauma” to members and staff who were there is something she cannot forgive. She said there is no fixed timeline for the committee, which will investigate and report on the facts and causes of the attack and make recommendations to prevent it from happening again.

She did not say who will lead or serve on the committee.

Pelosi’s official announcement, two days after she signaled to colleagues that she would create the committee, means Democrats will lead what probably will be the most comprehensive look at the siege. More than three dozen Republicans in the House and seven Republican senators said they wanted to avoid a partisan investigation and supported the legislation to form a commission, which would have been modeled after a similar panel that investigated the 9/11 terrorist attacks.

But those numbers were not strong enough to overcome GOP opposition in the Senate, where support from 1O Republicans is needed to pass most bills if all Democrats vote yes. Senate Democratic leader Chuck Schumer of New York has said he may hold a second vote after the legislation failed to advance last month, but there’s no indication that Democrats can win the necessary support from three additional Republicans.

Pelosi says the select committee could be complementary to an independent panel, and that she is “hopeful there could be a commission at some point.”

Many Republicans have made clear that they want to move on from the Jan. 6 attack, brushing aside the many unanswered questions about the insurrection, including how the government and law enforcement missed intelligence leading up to the rioting and the role of Trump before and during the attack.

Join me live from the U.S. Capitol for my weekly press conference.  https://t.co/NGvwgq5nmv

Some Republicans have gone so far as to play down the violence, with one suggesting the rioters looked like tourists and another insisting that a woman, Ashli Babbitt, who was shot and killed that day while trying to break into the House chamber through a window was “executed.”

Last week, 21 Republicans voted against giving medals of honor to the U.S. Capitol Police and the Metropolitan Police to thank them for their service on Jan. 6. Dozens of those officers suffered injuries, including chemical burns, brain injuries and broken bones.

Seven people died during and after the rioting, including Babbitt, three other Trump supporters who died of medical emergencies and two police officers who died by suicide in the days that followed. A third officer, Capitol Police Officer Brian Sicknick, collapsed and later died after engaging with the protesters, but a medical examiner determined he died of natural causes.