Sunday marked the first time in 7 months that more than one million passengers in the U.S. went through a TSA checkpoint on a single day. 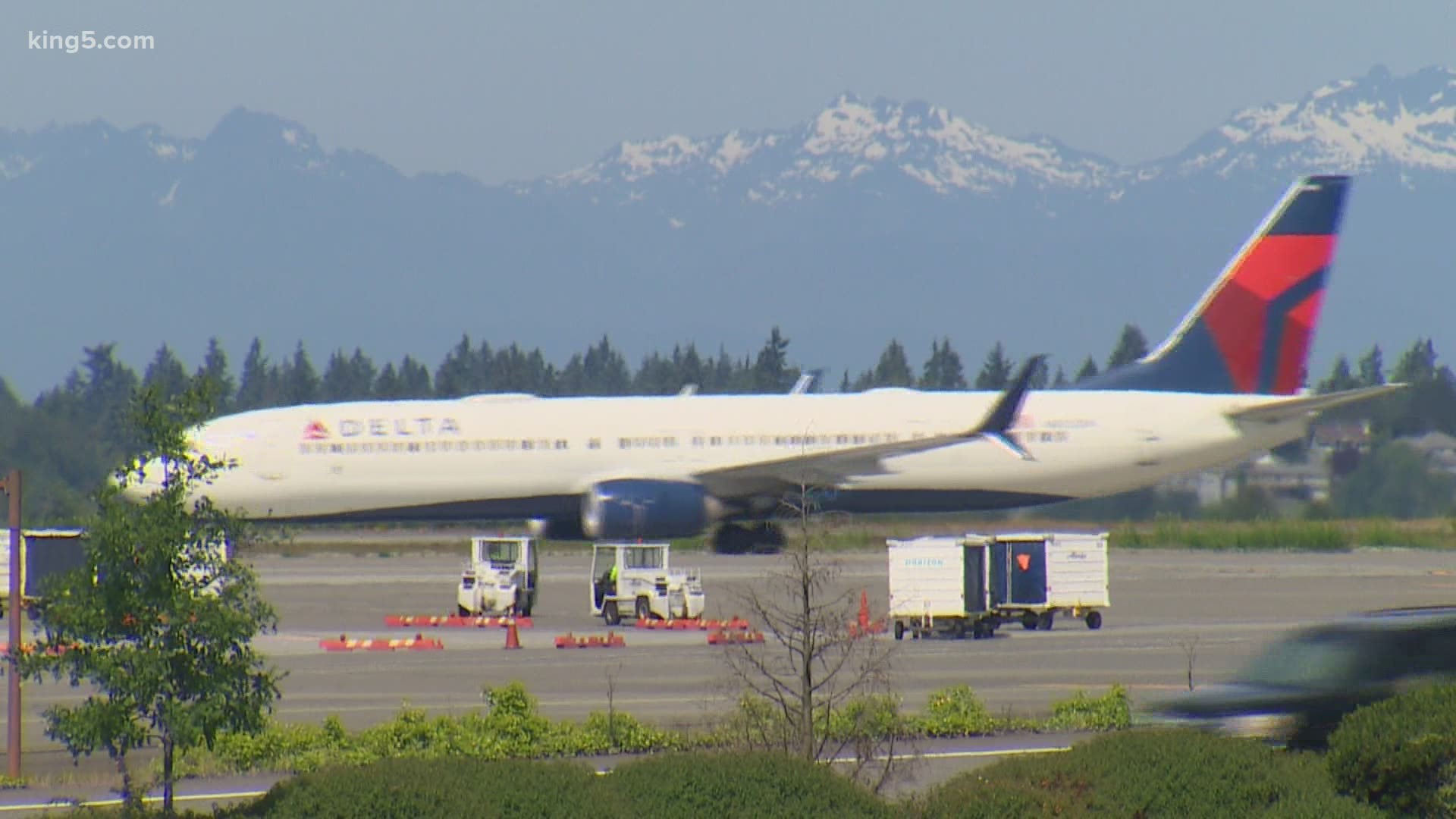 SILVER SPRING, Md. — The number of passengers screened in a single day for flights in the U.S. topped one million for the first time since March 17, when COVID-19 infections began to spike last March.

The notable milestone, reached Sunday, signifies both the progress made since the darkest days of pandemic for the devastated U.S. airline industry, when fewer than 100,000 people were screened per day in April, and how far it still has to go.

The million plus passengers screened Sunday compares with 2.6 million on the same day last year, or roughly 60% fewer, according to the Transportation Security Administration.

The TSA said that the 6.1 million passengers at U.S. checkpoints the week of Oct. 12 through Oct. 18 was the greatest volume measured since the start of the pandemic.

Vacation plans and business trips were frozen in the spring as millions took shelter. With so little known about the virus, few wanted to board planes or walk through an airport even if they could.

Airlines received $50 billion in cash and loans from Congress in March on the condition that they held off on layoffs at least through October. Airlines are now warning of mass layoffs while lobbying Congress and the White House for another $25 billion to pay workers for the next six months.

The point at which Congress can deliver broader coronavirus relief before the November election is slipping away. The gap between what is being sought by House Speaker Nancy Pelosi and her Senate Republican rivals and President Donald Trump seems increasingly insurmountable.

Southwest Airlines, which has never laid off employees in its roughly 50-year history, warned this month that it will cut pay for nonunion workers in January and that union workers must also accept less pay or face furloughs next year.

And while passenger numbers are increasing, no one knows if that trend will continue. Infections are spiking in the Midwest and stubbornly holding in place or edging higher in other parts of the country as colder weather settles in.