Packers GM: 'We are not going to trade Aaron Rodgers'

Gutekunst's statement comes after ESPN reported Thursday that Rodgers doesn’t want to return to the Packers. 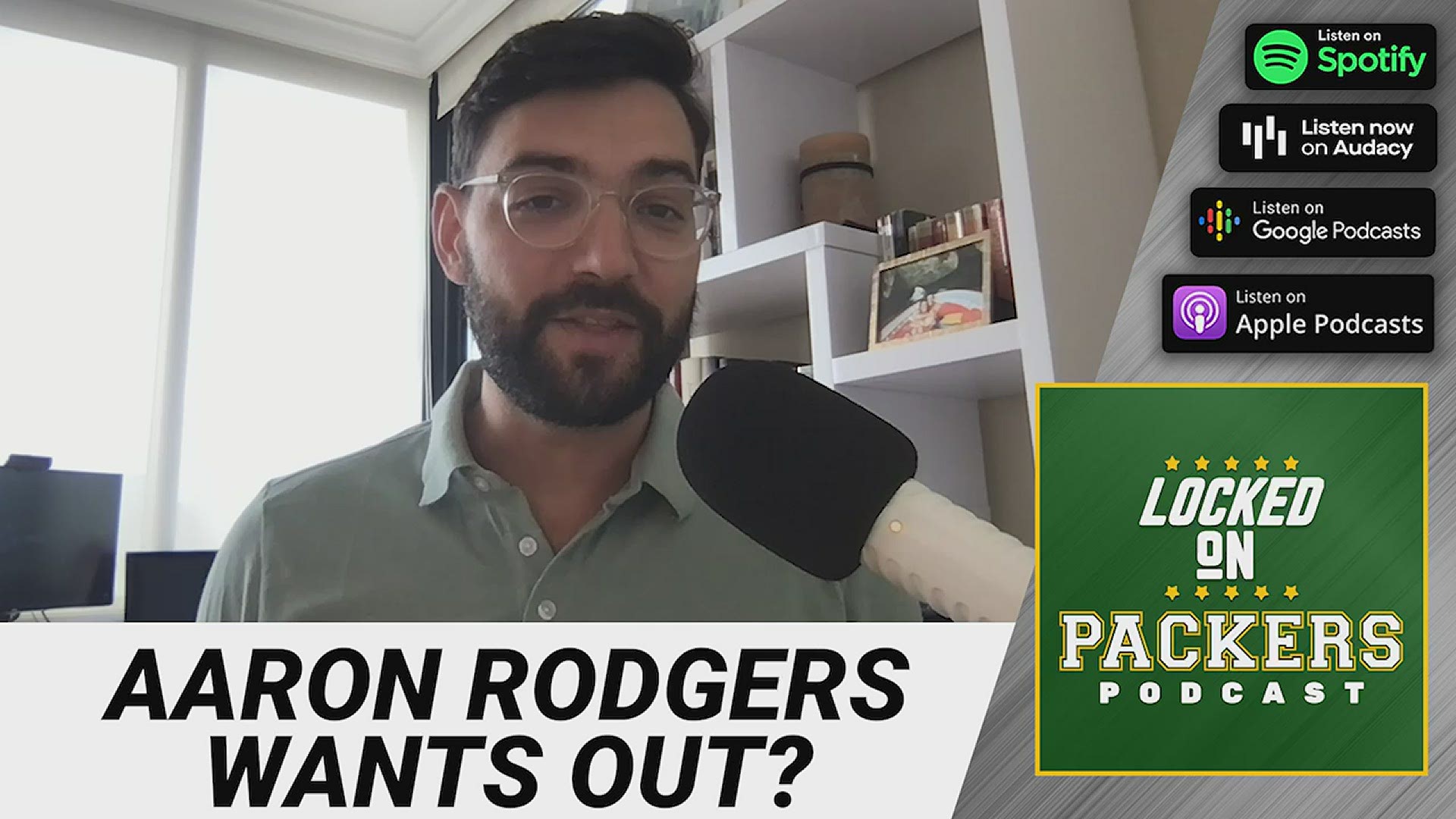 WASHINGTON — Packers general manager Brian Gutekunst says he can't envision any scenario in which he would deal quarterback Aaron Rodgers.

“We are not going to trade Aaron Rodgers,” Gutekunst said Thursday night after the first round of the NFL draft.

ESPN reported in the hours leading up to the draft that Rodgers doesn’t want to come back to the Packers. The ESPN report, citing unidentified sources, said the Packers have offered to extend the reigning MVP's contract and that team CEO Mark Murphy, Gutekunst and coach Matt LaFleur each met with Rodgers during the offseason.

Gutekust responded to the report by saying that “we are committed to Aaron in 2021 and beyond.” He expanded on those remarks late Thursday following the Packers' first-round selection of Georgia cornerback Eric Stokes.

“I’m not going to speak for Aaron, but I think obviously we have a really good team and I do think he’ll play for us again,” Gutekunst said. “Like I said, we’re going to work toward that and we’ve been working toward that on a number of different fronts. The value that he adds to our football is really immeasurable, you know what I mean? He brings so much to the table not only as a player but as a leader. He’s so important to his teammates, to his coaches, so yeah, that’s the goal.”

“We inquired and it was a quick end to the conversation,” Lynch said. “It wasn’t happening.”

Without going into specifics, Gutekunst said Packers officials had communicated with Rodgers on Thursday.

Rodgers, 37, has spent his entire career with Green Bay since the Packers selected him with the 24th overall pick in the 2005 draft. But his long-term future has been a topic of speculation ever since the Packers traded up four spots in the first round to select Rodgers’ potential successor, Utah State quarterback Jordan Love, with the 26th overall pick in last year’s draft.

Rodgers acknowledged after last year’s draft that he was surprised by the Love selection and that it complicated his hopes of finishing his career at Green Bay.

“I certainly look back to last year’s draft and just kind of, maybe some of the communication issues we could have done better,” Gutekunst said. “There’s no doubt about it. The draft’s an interesting thing. It can kind of unfold differently than you think it’s going to unfold and it happens pretty fast. But certainly I think looking back on it sitting where we sit today there could have been some communication things we did better.”

Rodgers has three years remaining on his contract after signing a four-year, $134 million extension in August 2018.

Even as Rodgers threw an NFL-leading 48 touchdown passes and earned his third MVP award last season, he referred to his future as a “beautiful mystery.” Following the Packers’ NFC championship game loss to Tampa Bay, Rodgers said that “a lot of guys’ futures are uncertain, myself included.”

Rodgers attempted to clarify those postgame remarks less than a week later when he said on “The Pat McAfee Show” that “I don’t think there’s any reason why I wouldn’t be back” in 2021.

This continues an eventful stretch for Rodgers, who got engaged to actress Shailene Woodley and had a guest-hosting stint on “Jeopardy!” Rodgers said he’d like to be the permanent host and that he believed he could work it around his football schedule.

Green Bay drafted Rodgers while eventual Hall of Fame quarterback Brett Favre was still on its roster. Rodgers spent his first three seasons backing up Favre, who announced his retirement in March 2008. When Favre came out of retirement later that year, the Packers traded him to the New York Jets and ushered in Rodgers’ arrival as their starting quarterback.