Pace of spending for pandemic aid? Try $43,000 every second

Congressional Budget Office estimates show that Biden must spend an average of $3.7 billion every day for the rest of this year. 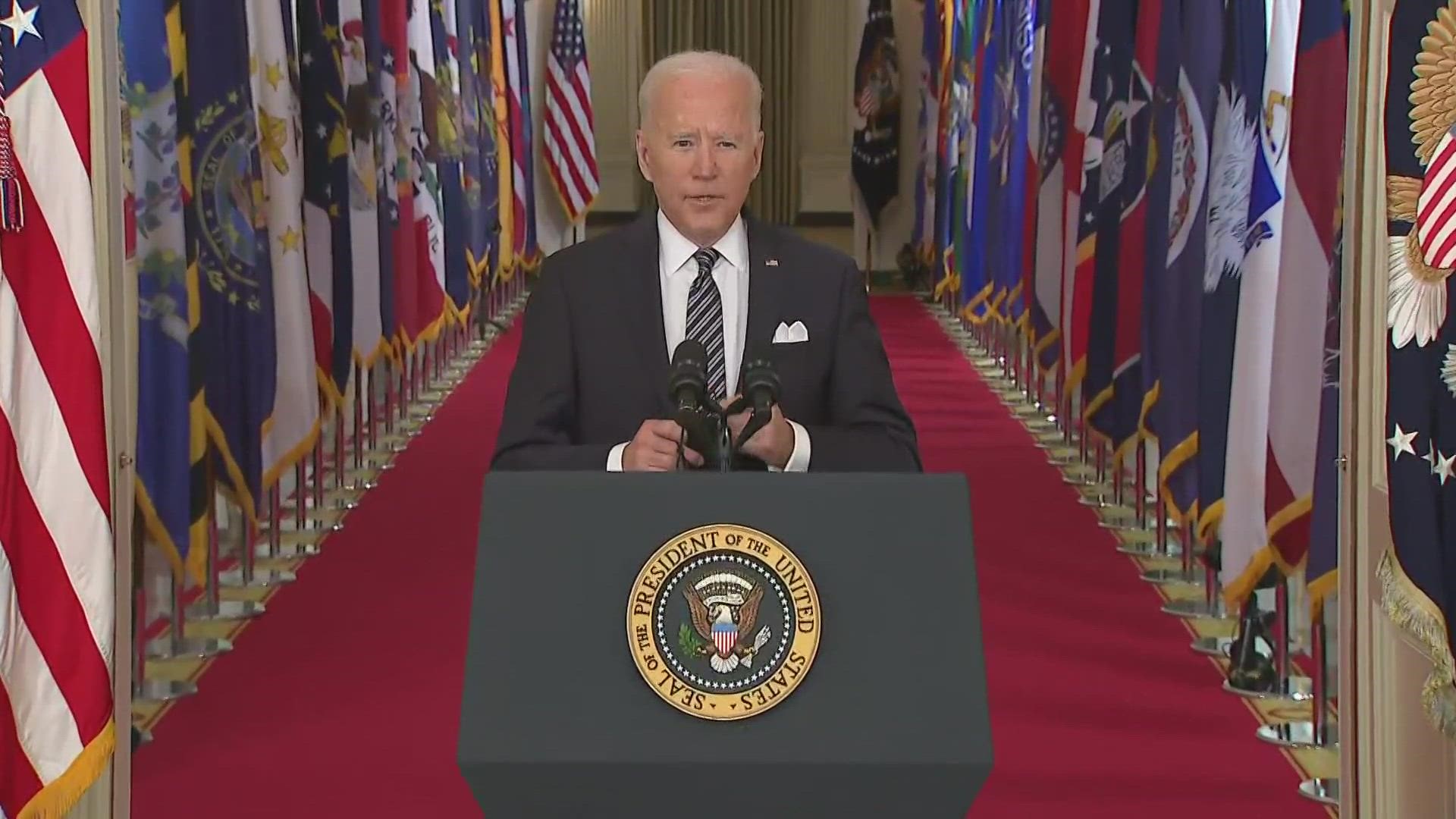 WASHINGTON — To pay out his coronavirus relief package, President Joe Biden must spend an average of $3.7 billion every day for the rest of this year. That’s $43,000 every second of every day until midnight chimes on 2022.

For the amount of time that readers took to read this sentence, Biden needs to disburse nearly $800,000 to stay on track.

That's according to Congressional Budget Office estimates, and even then, the Biden administration would still have plenty of the $1.9 trillion to spend in later years as a vaccinated country battles back to economic health.

The president signed the aid package into law Thursday without a comprehensive plan in place to distribute all of the funds, which will be a core focus of the administration in coming weeks.

The level of spending is a testament to the complexity of addressing a disease that seeped so widely across the nation in less than a year, and the economic pain that it has wrought.

Some spending, such as cash transfers, can occur at speed.

The Biden administration already announced that it will send the $1,400 in direct checks -- a total of about $400 billion--starting this weekend. The administration also will continue the enhanced jobless aid for the 20.1 million Americans who are collecting some form of the benefits. Both the direct checks and jobless aid were part of past COVID aid packages that totaled roughly $4 trillion, meaning the government has systems in place to distribute the money.

But other elements are trickier.

There is $130 billion for K-12 schools to hire teachers, upgrade ventilation systems and make other improvements so that in-person classes can resume. Universities are eligible for $40 billion. Separately, $30 billion in housing aid is available. And there is about $120 billion for vaccine distribution and coronavirus testing, among other public health expenses.

The White House said the billions for schools would “begin” to be distributed this month by the Education Department.

But some funds could take time to distribute, since government agencies with their normal spending can take six to nine months to release funds through competitive grants or an application process. Schools and state and local governments also might spread out spending to well after most of the country is vaccinated.

“A fair process can inherently take longer because of the checks and balances and the internal reviews,” Smalligan said. “Having the money flow out quickly and then having state and local government spend the money over the next two fiscal years is probably responsible on their part. You want to be hiring a teacher not for a month but for years.”

The Treasury Department is planning how to best distribute roughly $350 billion in state and local aid. But it hasn’t finalized a plan and is consulting with governors, mayors and other officials.

Credit: AP
President Joe Biden speaks about the COVID-19 pandemic during a prime-time address from the East Room of the White House, Thursday, March 11, 2021, in Washington. (AP Photo/Andrew Harnik)

“Our Treasury team is going to work to get this aid out as in the quickest way possible – and the one that produces the greatest impact,” Treasury Secretary Janet Yellen said at a Tuesday speech for the National League of Cities. “To do that, we’re going to need your input and advice.”

The Biden package also introduces about $140 billion in temporary tax credits. This includes an expanded child tax credit that would pay out monthly, rather than once a year. Parents with incomes below $150,000 could receive at least $250 a month per child beginning in July.

“The real troubles are going to show up in these new tax credit programs: Can the IRS administer this new monthly payment to tens of millions of American families?” said Douglas Holtz-Eakin, president of the center-right American Action Forum and a former director of the Congressional Budget Office.

Holtz-Eakin said the error rates on these tax credit programs tend to be high, since people move to new addresses, earnings change and the IRS might not have the correct ages for children. He noted that about a quarter of payments for the existing earned income tax credit that go to working parents are in error.

RELATED: Poll: 1 in 5 in US lost someone close in pandemic

However, he also noted that there are few economic risks to Biden in terms of how the money gets released, since the economy was already poised to expand swiftly at the strongest rate in at least two decades.

Holtz-Eakin said the successful distribution of the funds would really influence two goals that he views as tangential to pandemic relief. First is the reduction in child poverty promoted by the Biden team through the tax credits and other aid. But secondly, the assorted child tax credits will expire and that puts pressure on Republican lawmakers to not block their extension before the 2022 elections.

That pressure could help Democrats in their push to expand narrow majorities in the House and Senate.

“It’s a clear political trap that they’re trying to set up,” Holtz-Eakin said.

But the spending in the Biden package also reflects how much has changed after the nation went into lockdown a year ago. Back then, the rapid aid was needed because of the mass layoffs as businesses shuttered. Now, money is needed to accelerate the recovery because vaccines are available.

“There is a light at the end of the tunnel,” said Kathleen McKiernan, an economics professor at Vanderbilt University. “Biden’s plan targets areas of need, including vaccine distribution and state and local government aid, which will take time but will help the economy bounce back after the virus is controlled.”

RELATED: When will the monthly child tax credit payments in the COVID-19 relief bill start?