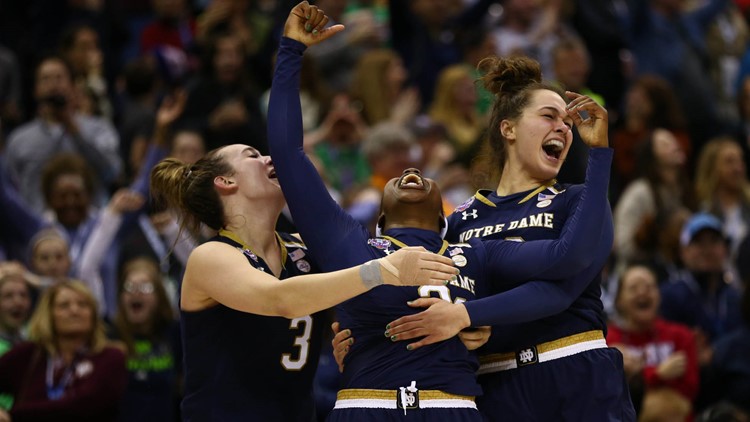 COLUMBUS, Ohio (AP) — Mississippi State’s Vic Schaefer warned before his team’s game Sunday that the only thing harder than knocking off UConn was beating the team that beat them.

Mississippi State held Notre Dame to a season-low three points in the second quarter — the Fighting Irish went eight minutes in the first half without scoring a basket.

Notre Dame has been stronger in the second half all season and by the end of the third quarter the game was tied at 41 and McCowan was on the bench in foul trouble.