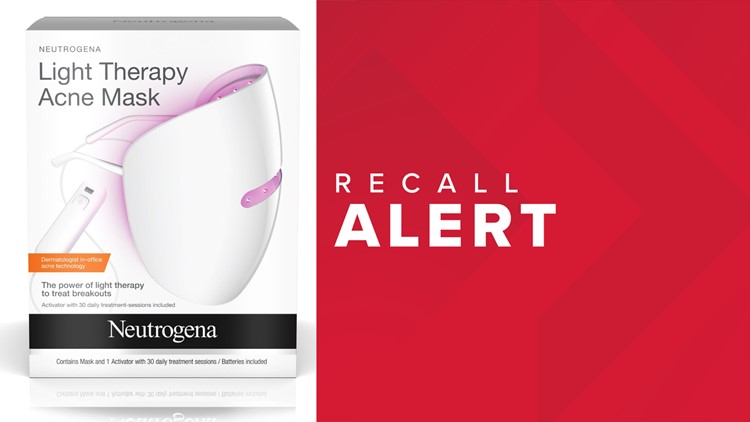 Photo by: Neutrogena
Neutrogena has recalled their Light Therapy Acne Mask for risk of eye injury.

Neutrogena says it is recalling the Visibly Clear Light Therapy Acne Mask and Activator because of the potential for eye damage.

The Australian Department of Health warned of the mask's hazard Wednesday, saying for some users the device can cause irreversible retina damage that could accelerate peripheral vision impairment or loss.

While an official notice of the recall has not been posted to the U.S. Food and Drug Administration's website, the federal agency told the New York Times it's "aware of the recall."

The reusable mask uses a combination of red and blue LED lights to treat mild to moderate face acne. The mask runs off of a hand-held battery pack that holds 30 10-minute sessions before the product times out and a new battery pack needs to be purchased.

In a statement posted to its website, Neutrogena said the products have been removed from stores and the recall is out of an abundance of caution.

"Reports of visual effects associated with the use of the Neutrogena Light Therapy Acne Mask are rare, generally mild and transient," Neutrogena said in the statement.

The product has been used by many celebrities including Lena Dunham, who praised the product in an Instagram post from December 2016 using the hashtags #notanad #justapsycho.

The cosmetic company says to stop using the product if you experience any visual discomfort and contact your doctor. Customers can call 1-800-582-4048 if they have any questions about receiving a refund.