The Bucks won their first championship in 50 years last season. 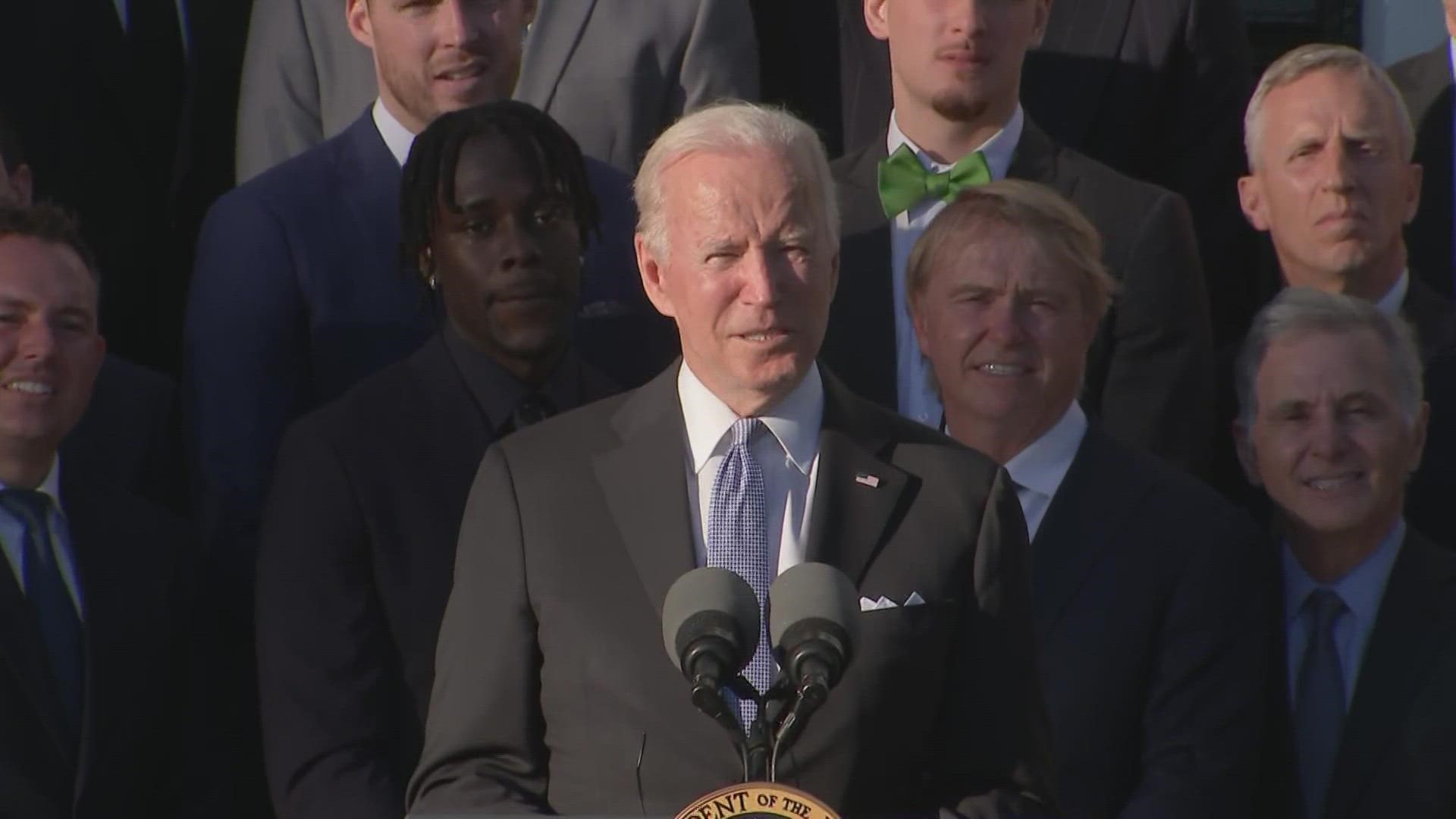 MILWAUKEE — The Milwaukee Bucks visited the White House Monday to celebrate their NBA championship, the first title for the franchise in 50 years.

“We're very excited, very appreciative of the invite,” Bucks coach Mike Budenholzer said Saturday. “We know it's an honor and special, and we're looking forward to visiting the White House.”

The Bucks won the title by beating the Phoenix Suns in six games in the NBA Finals, concluding with a Game 6 victory in Milwaukee on July 20 when Giannis Antetokounmpo scored 50 points.

The Bucks will play the Wizards in Washington on Nov. 7 and take part in the White House ceremony the following day before traveling to Philadelphia.

Milwaukee will be the first NBA champion to be feted at the White House since 2016, when the Cleveland Cavaliers visited former President Barack Obama.

The Golden State Warriors (2017 and ’18) and Toronto Raptors (2019) did not visit under former President Donald Trump, and the Los Angeles Lakers (2020) did not go due to travel issues related to the COVID-19 pandemic.