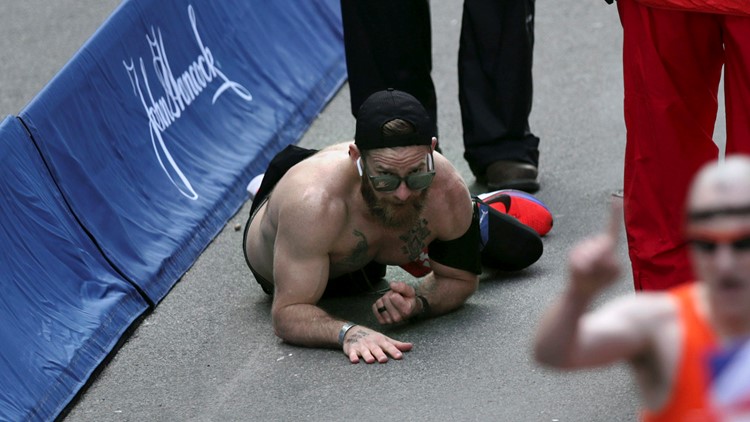 Photo by: AP
Micah Herndon, of Tallmadge, Ohio, crawls to the finish line in the 123rd Boston Marathon on Monday, April 15, 2019, in Boston. (AP Photo/Charles Krupa)

A Marine who was running the Boston Marathon Monday in honor of three fallen comrades crawled the last four miles to the finish line on his hands and knees.

Micah Herndon's legs locked up near mile 22, according to WBZ in Boston.

Herndon, Tallmadge, Ohio,  was running for Mark Juarez, Matthew Ballard and Rupert Hamer, according to the Record-Courier. The three were killed in a bombing in Afghanistan in 2010. Herndon survived and he wasn't going to give up for them Monday until he crossed the line.