Starting on Sunday, Jan. 20, a total lunar eclipse, or blood moon, that coincides with a supermoon will be visible over the entire United States. 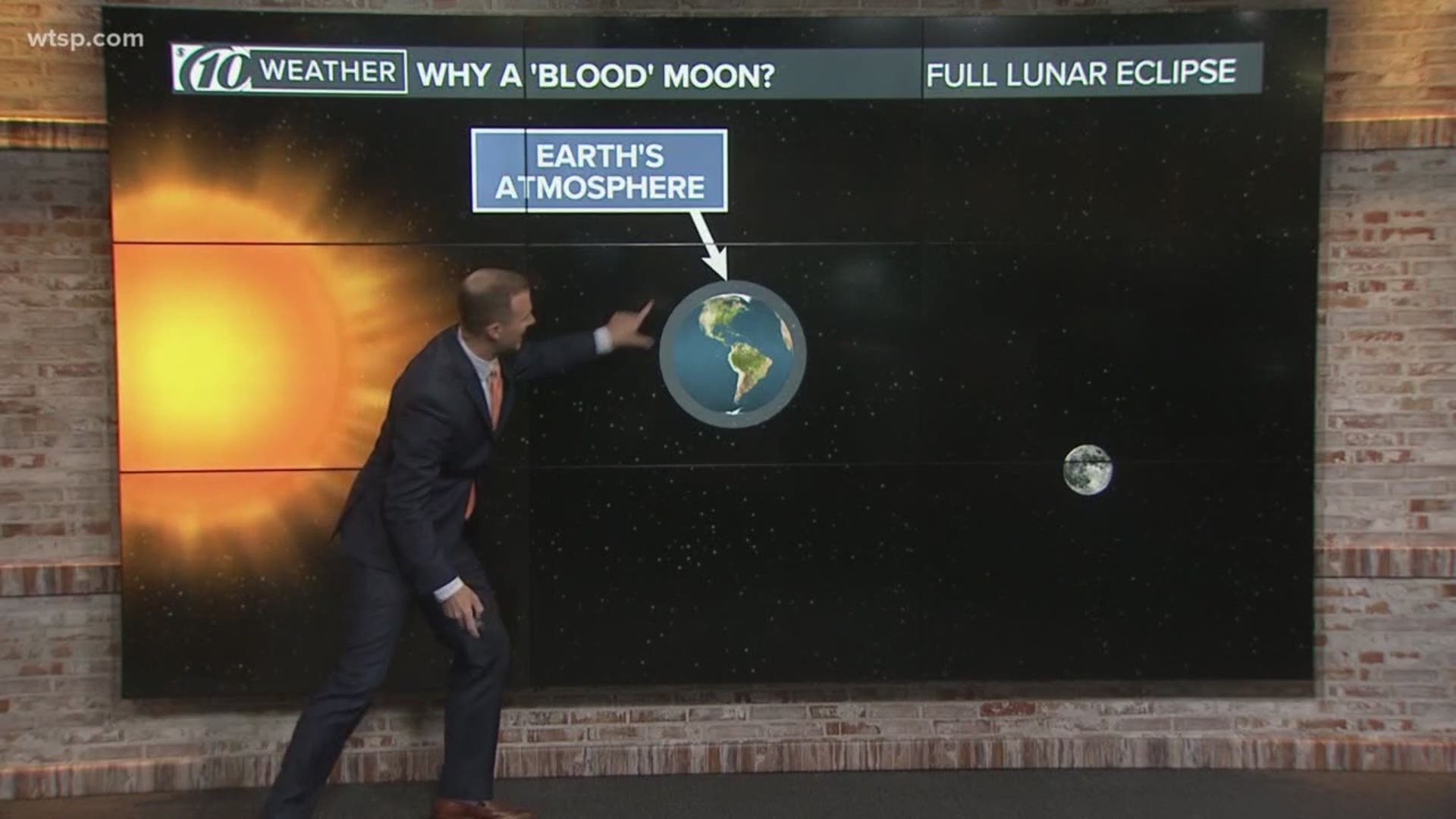 Technically, it could be called a super blood wolf moon eclipse.

Starting on Jan. 20, a total lunar eclipse, or blood moon, that coincides with a supermoon, will be visible throughout the U.S. The event starts late in the evening on Jan. 20, and finishes during the wee hours of Jan. 21.

"They aren't technically rare," he said. "In clear weather, half the earth can see it."

The main event is the total lunar eclipse, which happens when the moon passes fully into the shadow of Earth. Secondly, it's a supermoon, which is the time of month when the moon is closest to Earth in its orbit. Lastly, it's the first full moon of the year, also known as a wolf moon.

When is the super blood wolf moon eclipse?

"The moon starts to enter into the earth's shadow in a portion called the umbra, when the sun is totally blocked out," he said. "Earth is moving from right to left through the shadow."

"You'll notice the stars are much more visible because the moon is less than 100th the amount of brightness," Murphy said.

The moon will appear to be a "reddish copper color," Murphy explained, hence the name blood moon. Some sunlight reaches the earth's atmosphere, which envelops the moon and gives it the rich color. The full eclipse ends at 12:43 a.m.

How to watch the lunar eclipse

The best condition to view the total lunar eclipse is a clear sky. Even some clouds would be okay, Murphy said.

"I'm hoping have at least broken clouds," he said. "When we get into December and January, it tends to be cloudy 40 or 60 percent of the time."

Murphy recommends people just go to their own backyards to view the event, and try to get away from any street lights, especially blue light. He hasn't confirmed yet if the observatory will be open for the event.

What do I need to see the eclipse?

There's no need for special equipment, and it is spectacular entirely on its own, Murphy said.

If you're looking to snap any photos of the blood moon, you might have some lucky shooting a picture through binoculars or a telescope. Murphy said it's also a great time to view stars, as they will be brighter and clearer.

Kellie Hwang is a reporter at IndyStar. You can email her at kellie.hwang@indystar.com. Follow her on Twitter: @KellieHwang.