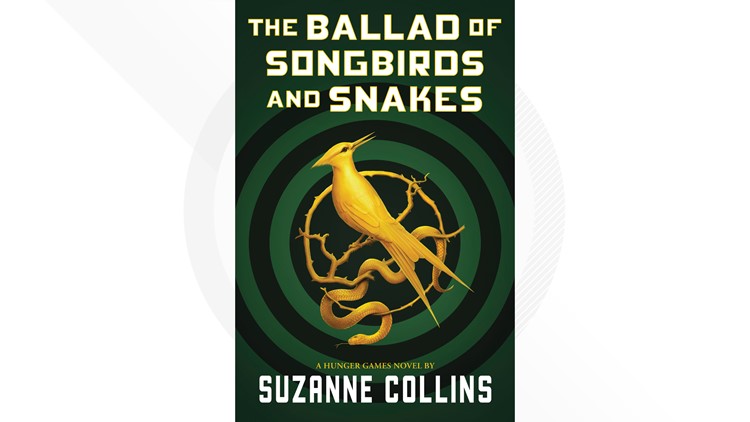 Photo by: AP
This cover image released by Scholastic shows "The Ballad of Songbirds and Snakes," a Hunger Games novel by Suzanne Collins, to be published on May 19. (Scholastic via AP)

'The Hunger Games' prequel is all about President Snow's origin

Some fans of "The Hunger Games" are fuming after learning that the upcoming prequel will focus on one of the villains from the original trilogy.

Suzanne Collins' "The Ballad of Songbirds and Snakes" is due out May 19 and is set 64 years before the days of Katniss Everdeen.

Until this week, all that was known about the prequel was that it was set during the Reconstruction period after the war and starts on the morning of the 10th Hunger Games competition.

What fans weren't expected was that the star of the prequel would be Coriolanus Snow, a brutal killer who tormented the lives of Katniss and many others in the original "Hunger Games" books and movies.

But the first excerpt from the prequel, shared by Entertainment Weekly, reveals Snow as the new protagonist, "a teenager born to privilege but searching for something more, a far cry from the man we know he will become. Here, he’s friendly. He’s charming. And, for now anyway, he’s a hero."

The excerpt also details how Snow is one of 24 Capitol students assigned to be a mentor during the Hunger Games for the first-time ever. It's revealed that Snow gets paired up with the female competitor from District Twelve.

It didn't take long for fans of the original trilogy to express their disappointment that a character like Snow would be the new protagonist. Most argued they'd rather learn the back stories of other characters they've grown to love in the original books.

"You're telling me I waited YEARS for a new hunger games book just for it to be a president snow origin story," one Twitter user said.

You can read the full excerpt in Entertainment Weekly.