The release of Taylor's transcript came as Democrats launched a major new phase of their impeachment inquiry with public hearings scheduled for next week. 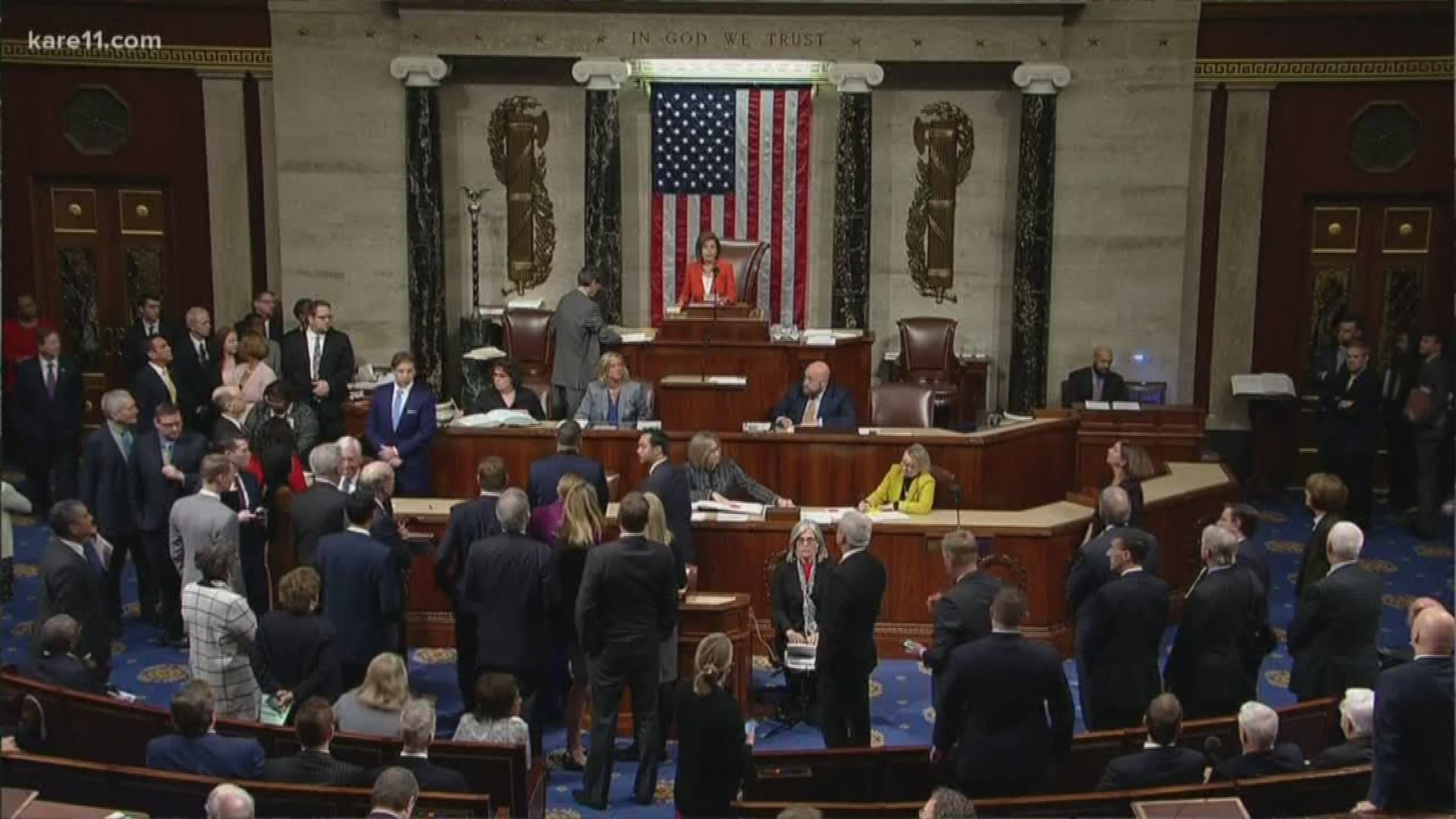 House Democrats on Wednesday released the transcript of a closed-door interview of a key State Department witness who recounted to Congress his "clear understanding" that military aid was withheld from Ukraine in exchange for a pledge by the country to investigate Democrats for President Donald Trump.

William Taylor told the investigators he understood that the security assistance, and not just a White House meeting for Ukraine's new president, was conditioned on the country committing to investigations of Joe Biden and also Democrats' actions in the 2016 election.

"That was my clear understanding, security assistance money would not come until the president committed to pursue the investigation," Taylor said.

Lawmakers asked if he was aware that "quid pro quo" meant "this for that."

The release of Taylor's transcript came as Democrats launched a major new phase of their impeachment inquiry with public hearings scheduled for next week featuring State Department officials who have testified about their concerns about Trump's dealings with Ukraine.

All three have already testified behind closed doors in the first phase of the investigation. Yovanovitch, who was ousted in May at Trump's direction, told investigators she had been told to "watch my back" and that people were "looking to hurt" her. Both Kent and Taylor testified about their concerns about her dismissal as the president's lawyer, Rudy Giuliani, took a leading role on Ukraine policy.

Trump has denied any wrongdoing. But despite those denials, Schiff said Wednesday that the witnesses will show that "the most important facts are largely not contested" in the inquiry.

"Those open hearings will be an opportunity for the American people to evaluate the witnesses for themselves, to make their own determinations about the credibility of the witnesses, but also to learn firsthand about the facts of the president's misconduct," Schiff said.

The Democrats are investigating Trump's requests for Ukrainian actions as the U.S. withheld military aid from the country. Trump, backed by Giuliani, asked new Ukrainian President Volodymyr Zelenskiy in a July telephone call to probe Trump's political rival Joe Biden and his family and also to investigate Ukraine's possible role in the 2016 presidential election.

Credit: AP
In this file photo taken on July 27, 2019, US Ambassador in Ukraine William Taylor speaks during a briefing in Kyiv, Ukraine.(AP Photo/Inna Sokolovska)

The Democrats are looking for connections between Yovanovitch's dismissal, the holdup in military assistance for Ukraine and Trump's push for the country to open investigations.

The three committees that have been leading the investigation are wrapping up the closed-door testimony this week. Schiff stepped out of an interview with David Hale, the State Department's third-ranking official, to announce the public hearings.

Democrats also started releasing transcripts from those interviews this week, part of the new public phase of the probe.

Gordon Sondland, Trump's ambassador to the European Union, said in an addendum to his testimony released Tuesday that military assistance to the East European ally was being withheld until Ukraine's new president agreed to release a statement about fighting corruption as Trump wanted.