Tough choices for GOP over a Postal Service Trump belittles

Restrictions on the agency's operations have already slowed mail, and Democrats say President Donald Trump wants to handcuff it from delivering mail-in ballots. 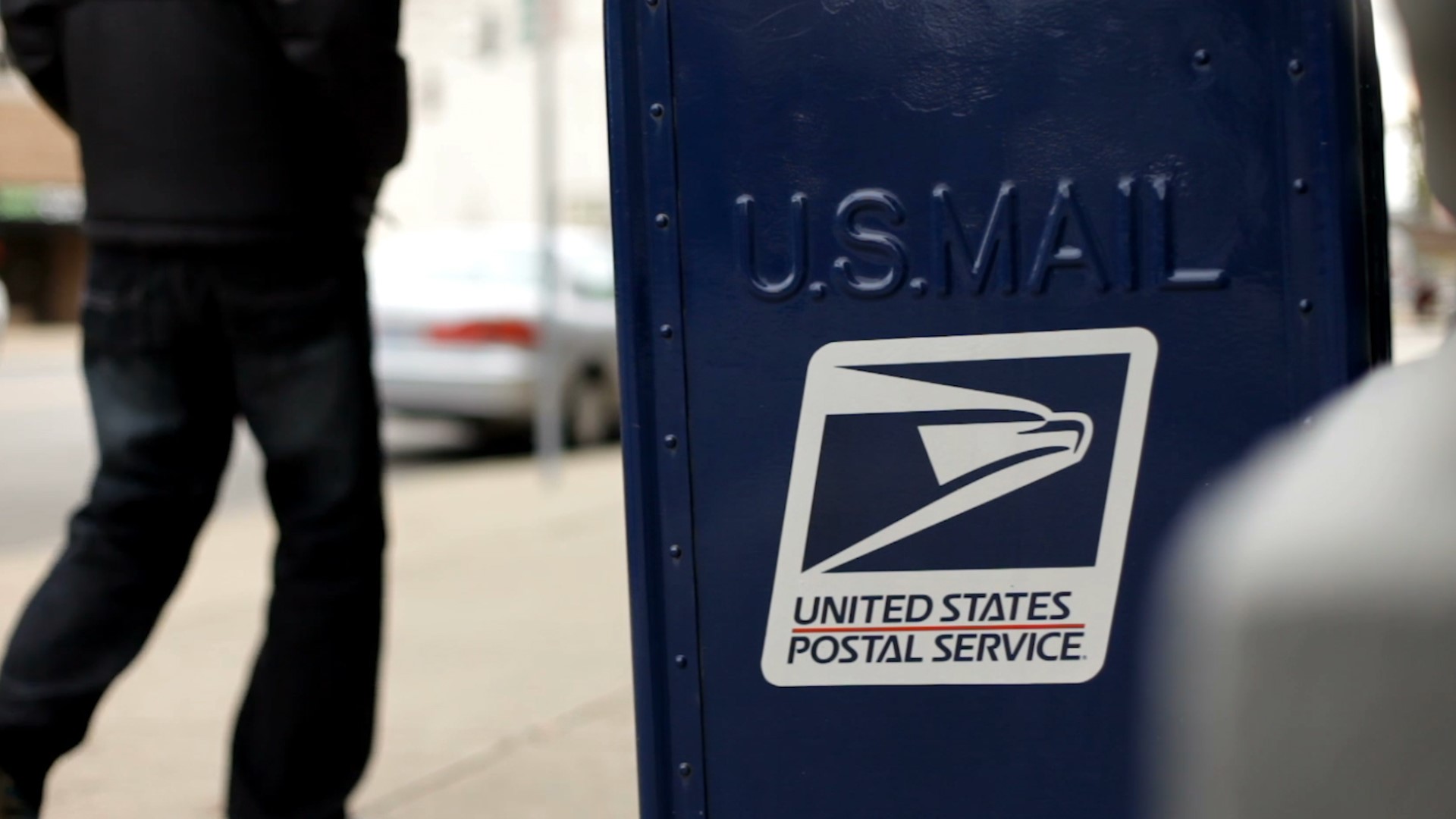 WASHINGTON, D.C., USA — Congressional Republicans in tight reelections are in a precarious position over the embattled Postal Service as its bosses impose cost-cutting measures on one of the government's few beloved agencies.

And as often happens, President Donald Trump has made the political fallout for Republicans ever more ticklish.

Postmaster General Louis DeJoy, a major Trump donor, insists he's trying to economize at an agency that's long bled billions annually. Meanwhile, Trump has railed almost daily about the Postal Service, which he considers wasteful, and has threatened to oppose extra money to help it handle expected record levels of mail-in ballots this fall, driven by the coronavirus pandemic.

Fed by Trump’s unfounded insistence that mail-in voting is riddled with fraud, Democrats and other critics say he’s trying to undermine this fall’s presidential and congressional elections by preventing the Postal Service from delivering ballots in time to be counted.

DeJoy on Friday told a Senate committee that the Postal Service is committed to delivering election mail “securely and on-time," but he said he has no plans to restore mailboxes or reverse other agency cuts made since he took over in June.

Republicans say Democrats are exaggerating long-running Postal Service problems to rev up their own voters. Illustrating the political advantage they perceive, House Speaker Nancy Pelosi, D-Calif., said in a fundraising letter Friday that she's “disgusted right alongside you watching President Trump and his Republicans undermine and sabotage our Post Office.”

The issue has left GOP lawmakers in an uncomfortable spot.

Embracing Trump's hard line makes them critics of an agency that won an overwhelming 91% approval in a nonpartisan Pew Research Center poll this year. But with mail delays already widespread, many face public pressure to back a House bill providing $25 billion for the agency in an unusual Saturday vote.

So now the Democrats are using Mail Drop Boxes, which are a voter security disaster. Among other things, they make it possible for a person to vote multiple times. Also, who controls them, are they placed in Republican or Democrat areas? They are not Covid sanitized. A big fraud!

Several Republicans said the Postal Service issue will prove minor for most voters. Others have grumbled, mostly in private, that they're better off highlighting efforts to restore the economy, reopen schools and address the virus than enduring daily Trump barrages against mail-in voting and the struggling agency.

“The president is not totally wrong” because mail-in voting is less secure than in-person voting, said Sen. Roy Blunt, R-Mo., a member of the Senate GOP leadership who doesn't face reelection this year. “But to talk about it is also not totally helpful.”

Many Republicans have resorted to broad assurances that everything will be fine. Senate Majority Leader Mitch McConnell, R-Ky., said Thursday that the Postal Service “is not in trouble" and that lawmakers would ensure “they are able to deliver our ballots on time."

One of the few Republicans to openly break with Trump has been Rep. John Katko of a Democratic-tilting district in central New York. He's said he supports reversing DeJoy's changes, adding, “I disagree with the president. We must not allow the Postal Service to falter at our community’s time of greatest need.”

Democrats are also positioning themselves as defenders of an agency that's especially coveted in rural areas mostly represented by Republicans.

In one digital spot, the Senate Majority PAC, aligned with Senate Democratic leaders, hits Maine GOP Sen. Susan Collins for helping write a 2006 law it says pushed the Postal Service “to the brink” by requiring it to finance billions in future retirement benefits in advance. The measure passed with overwhelming support from Democrats and Republicans alike.

The law has weakened the Postal Service during a pandemic, says the announcer, who asks, "Susan Collins, how could you let this happen?” Collins faces a tight reelection race.

RELATED: Use of surveillance planes over protests legal, Pentagon says

Last month, she and Sen. Dianne Feinstein, D-Calif., introduced legislation providing up to $25 billion and telling the agency to produce a plan for fixing its long-term finances.

House GOP leaders are lobbying Republicans to oppose the bill being voted on Saturday, which would provide $25 billion to the Postal Service. It would also require DeJoy to restore sorting machines, overtime and other changes to practices that existed on Jan. 1 and require the agency to prioritize delivery of official election mailings.

In materials sent to rank-and-file GOP lawmakers, No. 2 House Republican leader Steve Scalise of Louisiana called the bill the “USPS Conspiracy Theory Act." He wrote that the Postal Service has all the resources it needs and accused Democrats of “pushing an attempt to fabricate a postal crisis for political purposes.”

One Republican saying he's still considering his vote is Rep. Rodney Davis, who held his rural Illinois district by less than 1 percentage point in 2018 and is targeted again by Democrats this year.

Former Rep. Tom Davis, R-Va., accused Democrats of stoking fear to energize voters. But the former head of the House Republican political organization said GOP lawmakers should back extra funding if it fits their districts' needs.

“In a pandemic, of course you want to make it easier to vote, you don't want to be seen as suppressing voters,” he said. “No politician wants to be seen as that.”

AP reporters Hannah Fingerhut in Washington and Bruce Schreiner in Frankfort, Kentucky, contributed to this report.