Perry is under scrutiny over the role he played in the president's dealings with Ukraine, which are currently the subject of an impeachment inquiry. 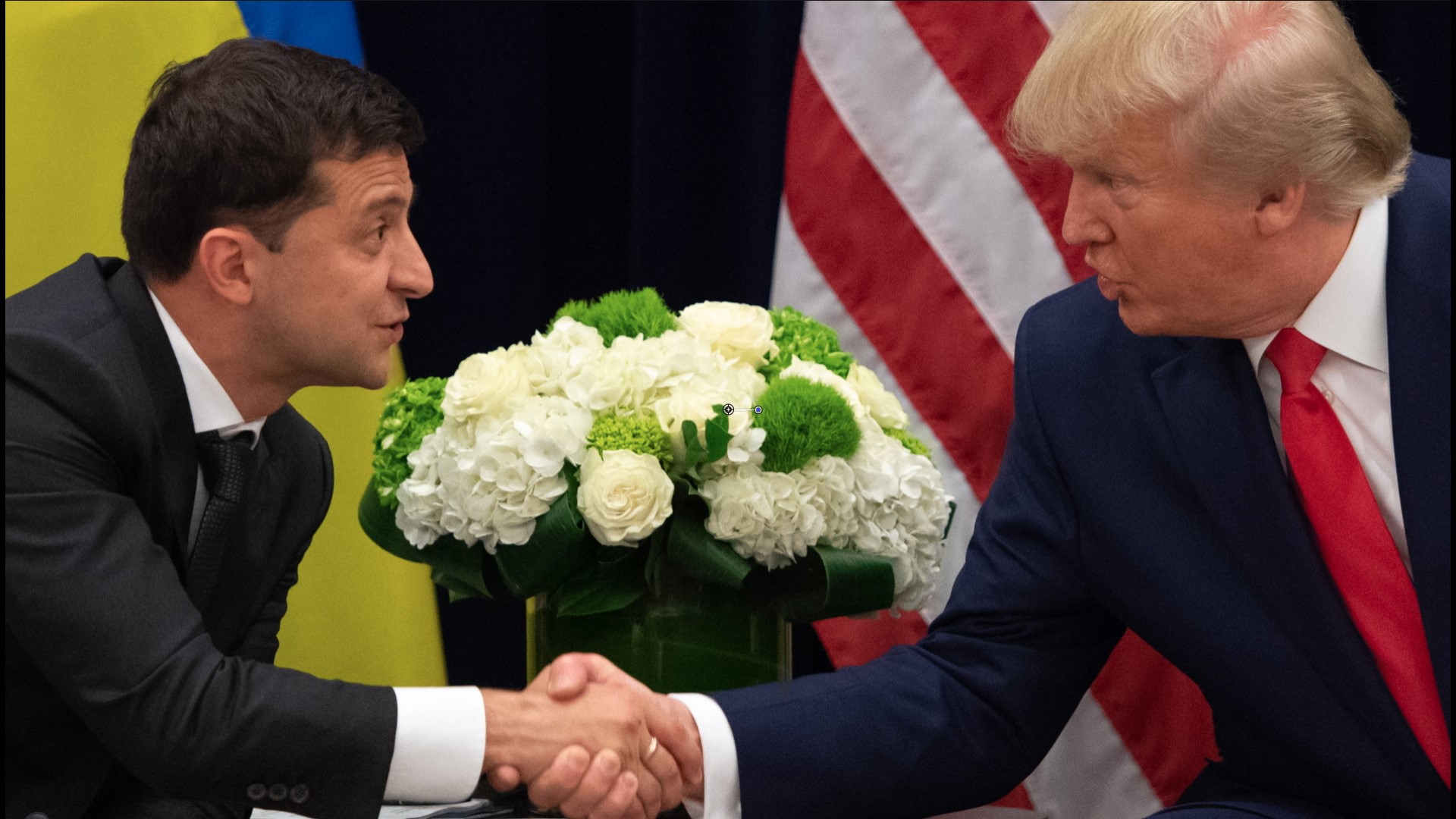 WASHINGTON — Energy Secretary Rick Perry will leave his job by the end of the year, President Donald Trump said Thursday.

Perry was traveling with Trump to Texas when he told Trump of his decision aboard Air Force One.

Perry is under scrutiny over the role he played in the president's dealings with Ukraine, which are currently the subject of an impeachment inquiry.

House Democrats have subpoenaed Perry for documents related to a Ukrainian state-owned energy company as well as his involvement in a July call between Trump and Ukrainian President Volodymyr Zelenskiy. The lawmakers set a Friday deadline.

Trump has said Perry teed up the July 25 call, in which Trump pressed Ukraine to investigate his Democratic rival Joe Biden and his son, who was employed by a Ukrainian gas company.

Perry did not answer questions about his decision upon arrival in Fort Worth.

A spokeswoman for Perry could not immediately be reached for comment Thursday.

RELATED: Ambassador at center of Ukraine saga says Giuliani was given role on Ukraine policy

RELATED: United States and Turkey have agreed to cease-fire in Syria, Pence says

The spokeswoman, Shaylyn Hynes, has said Perry wanted Trump to speak with the Ukrainian leader on energy matters related to U.S. efforts to boost Western energy ties to Eastern Europe. It is part of a long-term effort to lessen the political control Russia wields through its dominance of the fuel supply.

The Associated Press reported this month that a circle of businessmen and Republican donors touted their connections to Trump and his personal lawyer, Rudy Giuliani, as they sought to install new management at the top of Ukraine's state-owned gas company last spring.

The plan hit a snag after Zelinskiy's election, but Perry took up the effort to install a friendlier management team at the company, Naftogaz. Perry, a former Texas governor and Republican presidential candidate, attended Zelinskiy's May 2019 inauguration as the administration's senior representative and met privately with Zelinskiy. He has denied any wrongdoing.

Perry had disputed reports that he was planning to leave the administration in an interview Wednesday with The Wall Street Journal. But he reportedly left the door open, saying he expected to be at the Energy Department at Thanksgiving, but giving a less definitive answer when asked whether he'd be there through the end of the year.

Responding to earlier reports of his imminent departure, Perry told a news conference in Lithuania earlier this month, "One of these days they will probably get it right. But it's not today, it's not tomorrow, not next month. Keep saying it and one day you'll be right."

Perry, who became energy secretary in 2017, has supported Trump's call for "energy dominance" around the world and pushed to bolster struggling coal-fired and nuclear power plants. He said last year that a rash of coal and nuclear retirements was "alarming" and posed a looming crisis for the nation's power grid.

"If unchecked, (the plant closures) will threaten our ability to recover from intentional attacks and natural disasters," Perry said at a speech in Texas.

Trump, who has frequently promised to bring back coal jobs, directed Perry in June 2018 to take "immediate steps" to bolster struggling coal-fired and nuclear power plants to keep them open, calling it a matter of national and economic security.

No definitive action has been taken since then, and experts said Trump was attempting to solve a problem that doesn't exist.

A regional transmission organization that oversees the power grid in 13 Eastern and Midwestern states said there's no immediate threat to system reliability.

Colvin reported from Fort Worth, Texas.