Emmy Awards 2020: Who should win, who will win in a year like no other

With the COVID-19 pandemic putting everything so up in the air, here's who the experts think will win and should win at the 72nd Primetime Emmy Awards. 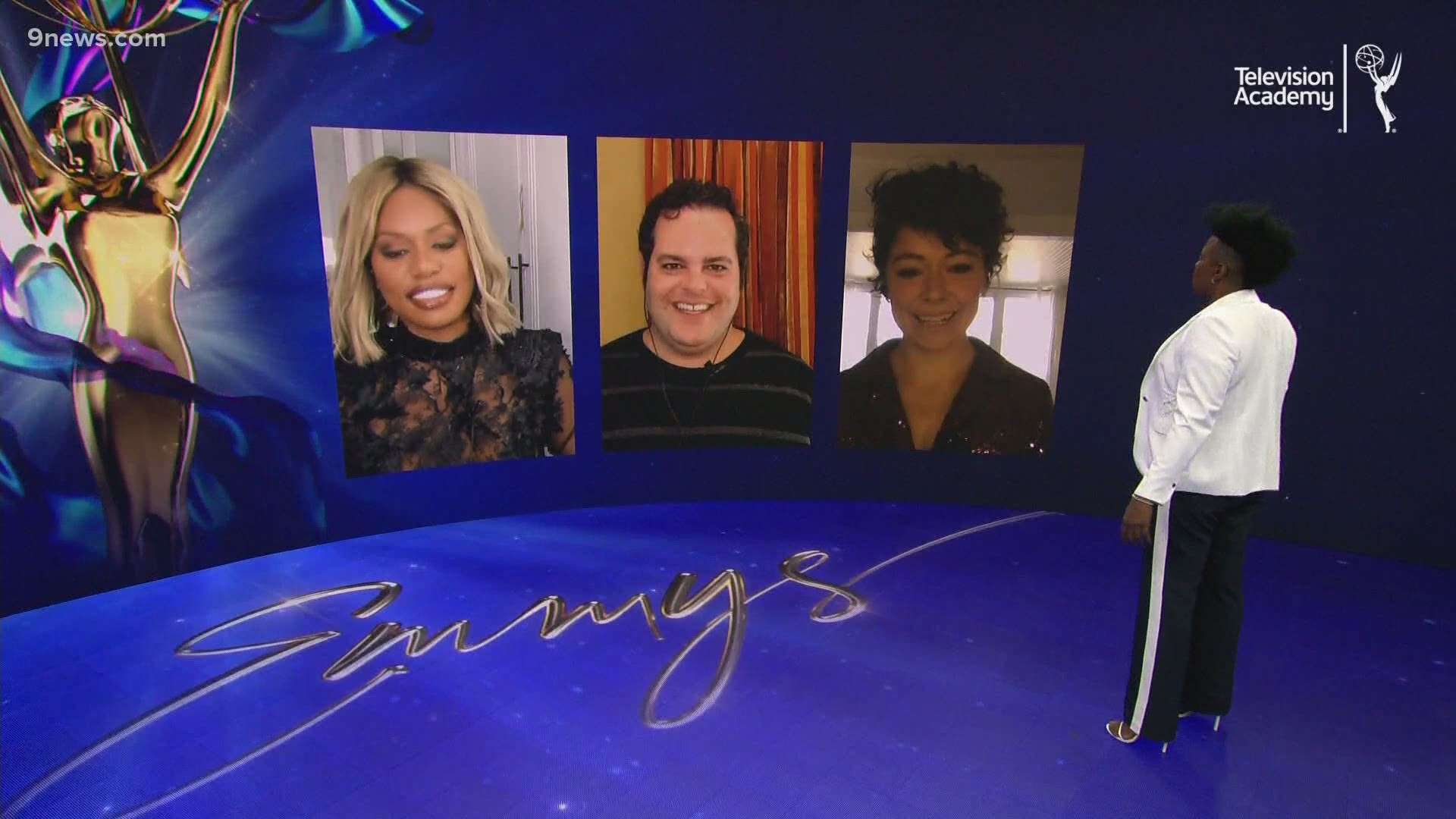 Stipulated: “Watchmen” will win the Emmy Award for best limited series and Regina King, its indomitable center, will be honored at Sunday's largely virtual ceremony hosted by Jimmy Kimmel.

Most everything else about the 72nd Primetime Emmy Awards is a question mark, including how smoothly the pandemic-constrained telecast (8 p.m. EDT, ABC) will unfold.

The show’s producers were still working out their final strategy as the TV industry’s big night nears. But housebound nominees, formally dressed or not, will be poised to go live on-screen and discover whether they've won or lost.

The potential for glitches alone will provide suspense, but so will the honors. With the coronavirus turning so many of us into morose shut-ins, the small screen's wealth of shows and performances has provided a key distraction.

TV academy voters have a chance to reward the best of the best and to recognize change. The streaming-induced growth of content opened doors to more trophy-worthy projects from those too often ignored, including people of color and women.

Should win: “Ozark.” Like the much-honored “Breaking Bad,” this morality play is woven out of family dysfunction and brutal criminality, masterfully written and acted.

Will win: “Succession.” A brassy, sexy power struggle that has the scope Emmy voters expect from a top drama, with bonus points for the au courant media empire setting.

Credit: AP
This image released by HBO shows Jeremy Strong in a scene from "Succession." Strong is nominated for an Emmy Award for outstanding lead actor in a drama series. (Peter Kramer/HBO via AP)

Should win: “The Crown,” There's simply been no dip in service from this historical drama, with the writing and acting consistently superb. Last season was quirky, ranging from Prince Charles awkwardly learning Welsh to the way it handled the disaster at a coal-mining town. I bow.

Will win: “Succession.” Think of this show as our American version of “The Crown,” except we do our successions noisily and arrogantly and the Brits do it by blood and far more elegantly.

Nominees: “Curb Your Enthusiasm”; “Dead to Me”; “The Good Place”; “Insecure”; “The Kominsky Method”; “The Marvelous Mrs. Maisel”; “Schitt’s Creek”; “What We Do in the Shadows.”

Should win: “Schitt’s Creek.” It’s silly, loving and open-minded. Can’t we all use that good medicine now?

Will win: “Schitt’s Creek.” No way I would have said so before last year’s surprise (and far worthier) “Fleabag” victory, but Emmy voters have a soft spot for idiosyncrasy.

Should win: “Schitt’s Creek,” but not enthusiastically.

Will win: “Schitt’s Creek.” In a weak category this year with lots of one-trick ponies and repetitive skits, this fish-out-of-water show is the only one really beloved by voters. Not necessarily for its content, mind you.

Should win: Porter. His victory last year, as the first openly gay man to be honored as best drama actor, was both historic and artistic. He deserves it again.

Will win: Strong. His emotional tapdance as the wannabe heir is worthy, but I'll use my caveat chit here: He and Cox could split the “Succession” vote, giving gear-shifting Carell an opening.

Should win: Carell and Bateman both showed, again, that in addition to having huge comedy chops, they are also excellent dramatic actors. I give the edge to Carell, who adds a ferociousness to his disgraced character.

Will win: Strong. His hangdog, needy and slightly dim bro role on “Succession” is exactly what we need right now.

Should win: Linney. An actor of impeccable subtlety gets to sink her teeth into a deeply flawed character. Lucky us.

Will win: Linney. She lost out last year to Comer, but this season of “Ozark” was her showcase and she'll prevail despite an impressive field that includes Aniston in an against-type role.

Credit: AP
This image released by Netflix shows Laura Linney in a scene from "Ozark." Linney is nominated for an Emmy Award for outstanding lead actress in a drama series. (Steve Deitl/Netflix via AP)

Will win: Linney. One of the most underappreciated actors working today.

Should win: Danson. Dying is easy, comedy is hard — except to this effortless master of the sitcom, whether based in a bar ("Cheers") or the afterlife.

Will win: Levy. He's playing new notes in his longstanding, finely tuned comedic partnership with co-star Catherine O'Hara, and it will pay off.

Should win: Anderson. He has never won an acting Emmy for “black-ish” and that's not cool. His blustery, stubborn and yet entirely sweet patriarch is at the center of the show.

Will win: Levy. He simply has the most expressive eyebrows on TV.

Credit: AP
This image released by Pop Tv shows Eugene Levy in a scene from "Schitt's Creek." Levy is nominated for an Emmy Award for outstanding lead actor in a comedy series. (Ian Watson/Pop TV via AP)

Should win: O’Hara. As I said last year, although no one listened, her “delectably self-absorbed, absurd Moira” stands atop a Mount Rushmore of her inventive portrayals.

Will win: O’Hara. Resistance is futile, Emmy, despite perhaps the strongest of all fields this year. You belong to her.

Should win: Rae. The HBO comedy’s creator and star's work on “Insecure” needs to be celebrated.

Will win: O’Hara. Like it was said before, resistance is futile.

Credit: AP
This image released by Pop TV shows Catherine O'Hara in a scene from "Schitt's Creek." O'Hara is nominated for an Emmy Award for outstanding lead actress in a comedy series. (Pop TV via AP)

Should win: “Watchmen.” An ambitious interpretation of a highly regarded graphic novel, one prescient in its connection with today's bleak zeitgeist.

Will win: “Watchmen.” While second-wave feminist history “Mrs. America” is worthy competition, the daring and currency of “Watchmen” is insurmountable.

Should win: “Watchmen” — bold, complex storytelling. But it may be a little too enigmatic for a mainstream audience. A warning was that it earned not even a single Golden Globe nod.

Will win: “Watchmen,” though “Little Fires Everywhere,” in a surprise, could pull it out. That show ruthlessly explored class, race, privilege and separated families — how very, very 2020.

Credit: AP
This image released by HBO shows Regina King in a scene from "Watchmen." The series is nominated for 26 Emmy Awards including one for outstanding limited series. (Mark Hill/HBO via AP)