Elon Musk and Grimes have slightly tweaked their baby's name 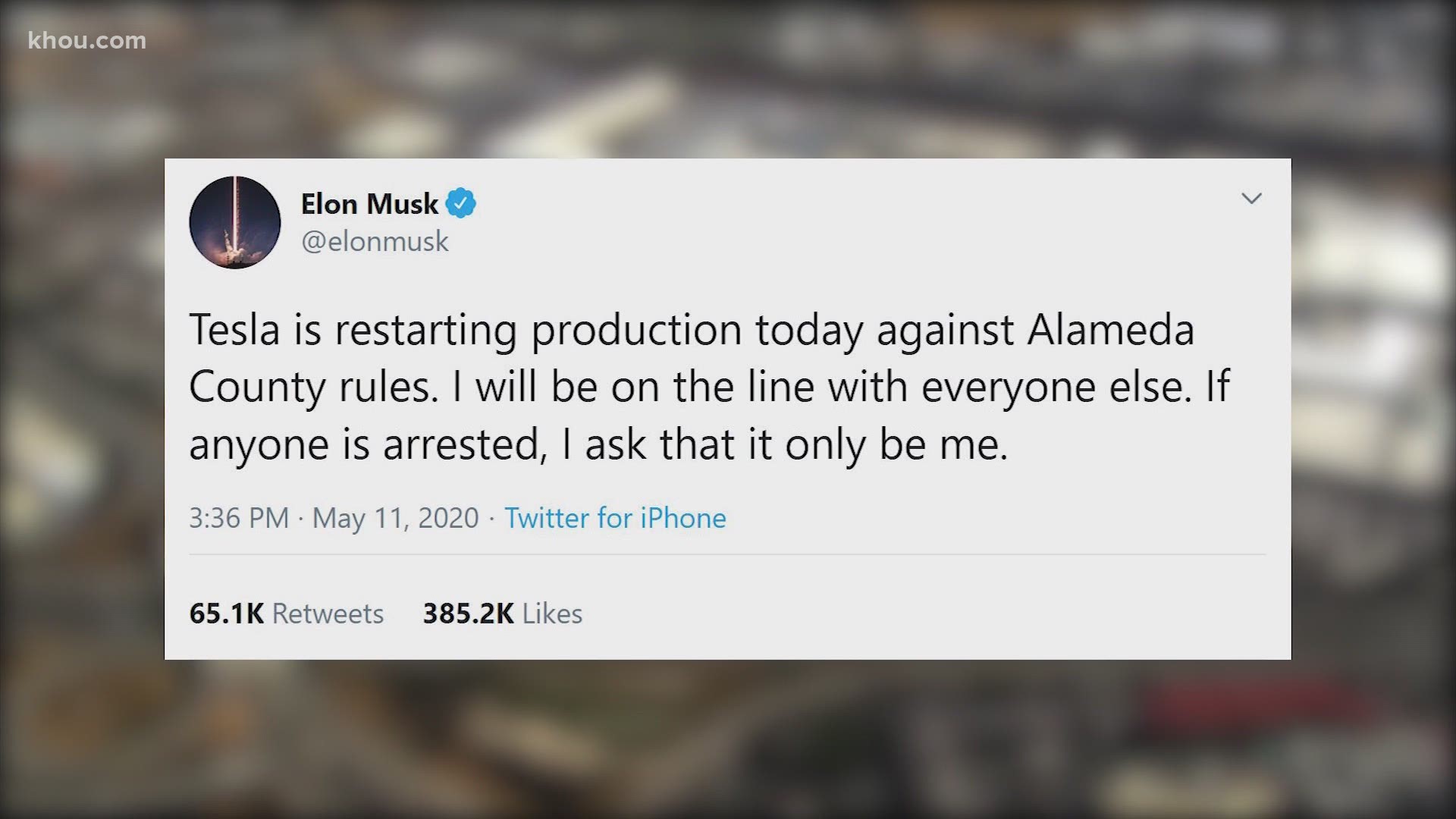 LOS ANGELES — A few weeks after announcing the birth of their baby boy, SpaceX and Tesla CEO Elon Musk and singer Grimes decided to slightly change his unique name.

In a comment on Instagram, someone asked Grimes if the couple changed their newborn's moniker, X Æ A-12 Musk.

Laws in California, where the couple resides, only allow the 26 alphabetical characters of the English language to be used on birth certificates. Some punctuation symbols are allowed, like in a hyphenated last name or one with an apostrophe.

"Did you change the baby name because of Californian laws ? What is the baby's new name?" the Instagram comment asked.

The singer, whose real name is Claire Boucher, replied that the pair did indeed change their child's name. She said his name is now, "X Æ A-Xii."

The name's original "12" was changed to Roman numerals. Grimes responded to another comment saying it looks better.

However, it's still unclear how to pronounce the baby's name.

When the child was first born, the singer posted the name's meaning on Twitter:

Æ, my elven spelling of Ai (love &/or Artificial intelligence)

A-12 = precursor to SR-17 (our favorite aircraft). No weapons, no defenses, just speed. Great in battle, but non-violent

Grimes, the “So Heavy I Fell Through the Earth” singer, first confirmed she was pregnant in a post on Instagram in early January.

She wrote in the photo's caption, "how do y’all cope with working and having a baby?? I’m sorry I haven’t been promoting my album properly or on social media more. This whole thing has been a bit of an ordeal."

She added: "Had some complications early on, a decent second trimester but starting to hurt everywhere at 25 wksz. What were yalls experience w this stuff like?"

Musk and Grimes have been a couple since publicly walking the red carpet at the Met Gala together in 2018.