Two weeks after Ellen DeGeneres announced she was ending her talk show, NBC has revealed which show will eventually take over that slot in many cities. 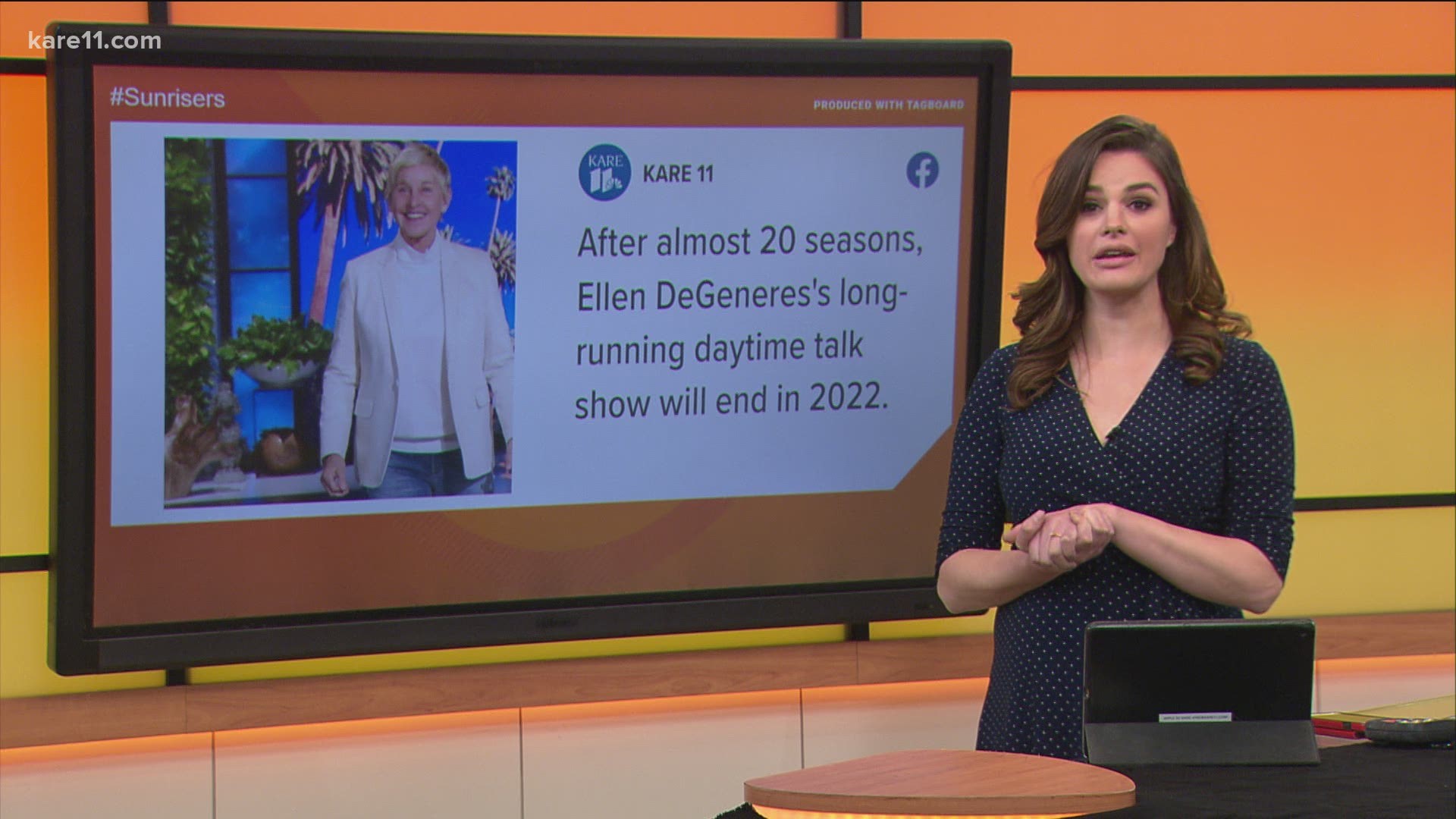 WASHINGTON — Now that Ellen DeGeneres has announced that she will be leaving her wildly successful daytime talk show in 2022, another big name will be taking over that coveted TV time slot in many cities: Kelly Clarkson.

As the Hollywood Reporter notes, Clarkson's show, which is owned and produced by NBC's syndication arm, currently airs on 200 stations across the country.

There had been speculation that comedian Tiffany Haddish might replace Ellen on her show, but Haddish quickly squashed those rumors saying, "ain't nobody that give those jobs talk to me about it," she reportedly told Entertainment Tonight. "The reason I've even been popping up guest-hosting ‘Ellen’ is because she wanted some days off," Fox News reported.

NBC said in a Wednesday statement, “‘The Kelly Clarkson Show’ has earned its dominance in daytime by hitting every benchmark for success since it premiered as the most-watched talk show in seven years,” the network said.

It's unclear what may replace "Ellen" for local stations that aren't NBC affiliates.

Earlier this month, DeGeneres announced her decision to end her show after its upcoming 19th season. In May 2019, Variety reported that DeGeneres signed a contract to continue hosting the show through 2022 amid rumors that she was planning to leave the show.

Tracie Wilson, the Executive Vice President for NBCUniversal Syndication Studios said, "Kelly and our entire production team put their heart, intent and incredible passion into making a show that resonates with people of all ages, cultures and backgrounds. We’re working on some big plans for season three and are looking forward to becoming the premier show in daytime for years to come.”

"The Kelly Clarkson Show” was sold to NBC Owned Television Station group in 2018, ahead of it's fall 2019 show debut when the show immediately found success winning its first Daytime Emmy in that first season.

Clarkson said at the time, "I love connecting with people, playing games, music and finding ways to help or give back to communities [and] organizations.”