The president said Kavanaugh should start 'suing people for libel' after the New York Times published a previously unreported allegation of sexual misconduct. 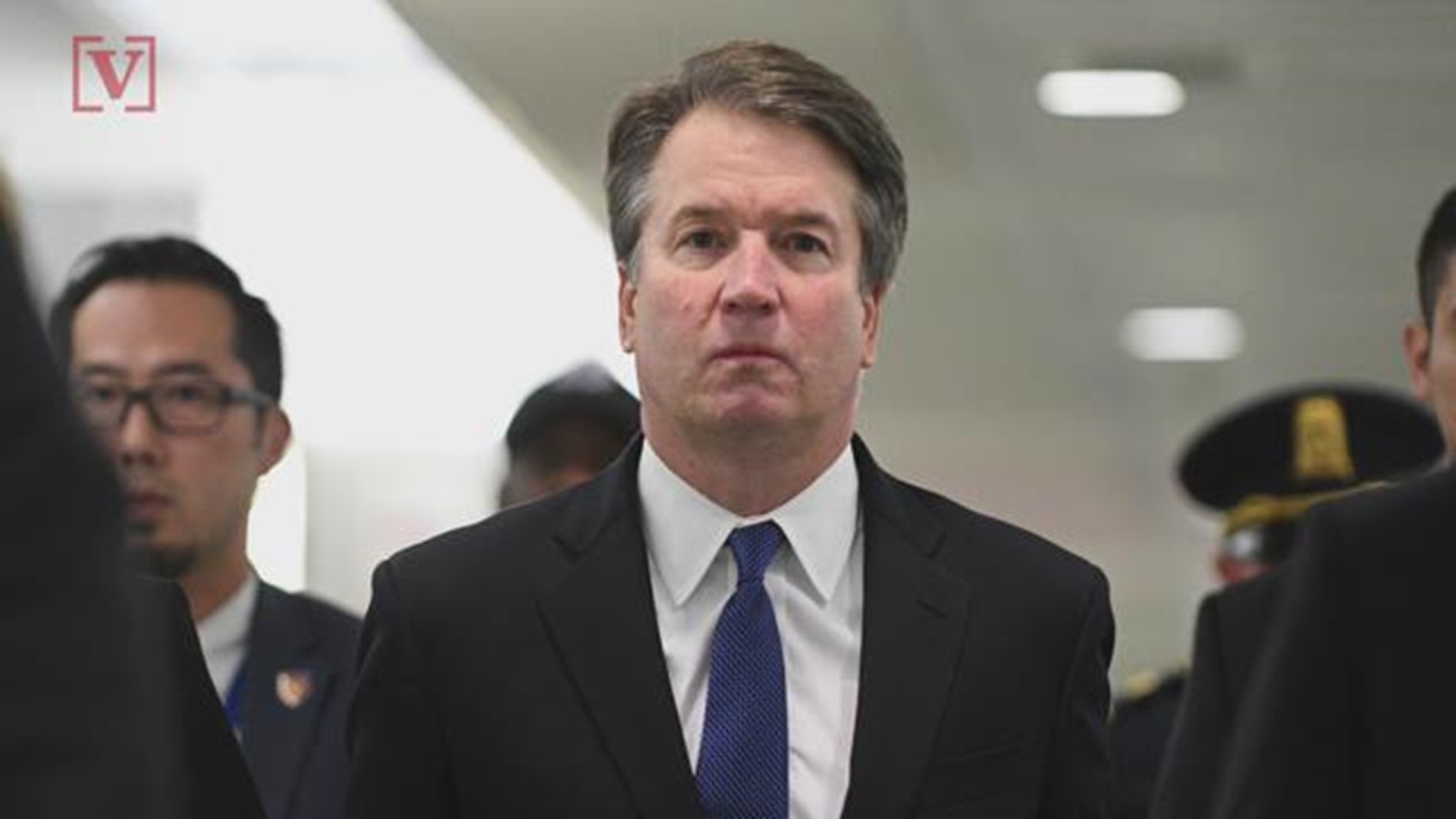 The article, published Saturday evening, was written by the two authors of a new book on Kavanaugh's sexual misconduct allegations and the confirmation hearings for the Justice that followed. The book, titled  “The Education of Brett Kavanaugh: An Investigation," will be released Sept. 17.

In the article the authors, Robin Pogrebin and Kate Kelly, wrote that Max Stier, one of Kavanaugh's classmates at Yale witnessed Kavanaugh with his pants down at a party where "where friends pushed his penis into the hand of a female student." Pogrebin and Kelly said Stier informed senators and the FBI of the incident, but it wasn't investigated.

The New York Times later issued a correction to the article. It emphasized that the alleged victim could not recall the incident and declined to be interviewed.

RELATED: Kavanaugh says he 'might have been too emotional' at hearing

The incident corroborated an earlier allegation by Deborah Ramirez, who said Kavanaugh exposed himself to her at another Yale party.

Kavanaugh did not provide a comment to the New York Times, and Stier also declined to discuss the incident. The New York Times spoke to two officials who said they communicated with Stier.

"Brett Kavanaugh should start suing people for libel, or the Justice Department should come to his rescue," he wrote. "The lies being told about him are unbelievable. False Accusations without recrimination. When does it stop? They are trying to influence his opinions. Can't let it happen!

Other politicians have also reacted to the New York Times piece by calling for Kavanaugh's impeachment.

"I sat through those hearings. Brett Kavanaugh lied to the U.S. Senate and most importantly to the American people," Democratic presidential candidate Kamala Harris tweeted. "He was put on the Court through a sham process and his place on the Court is an insult to the pursuit of truth and justice.  He must be impeached."

"It’s more clear than ever that Brett Kavanaugh lied under oath. He should be impeached," fellow Democratic presidential candidate Julian Castro also tweeted. "And Congress should review the failure of the Department of Justice to properly investigate the matter."

Trump nominated Kavanaugh after Justice Anthony Kennedy retired. He was sworn in October 2018. His confirmation hearings were mired in controversy and protests after Dr. Christine Blasey Ford said he sexually assaulted her while the two were in high school.

Kavanaugh has strongly denied all allegations of sexual misconduct and sexual assault. "During his Senate testimony, Mr. Kavanaugh addressed Ramirez's allegations, saying that if the incident had occurred, it would have been "the talk of campus." Pogrebin and Kelly wrote in the New York Times that "our reporting suggests that it was."