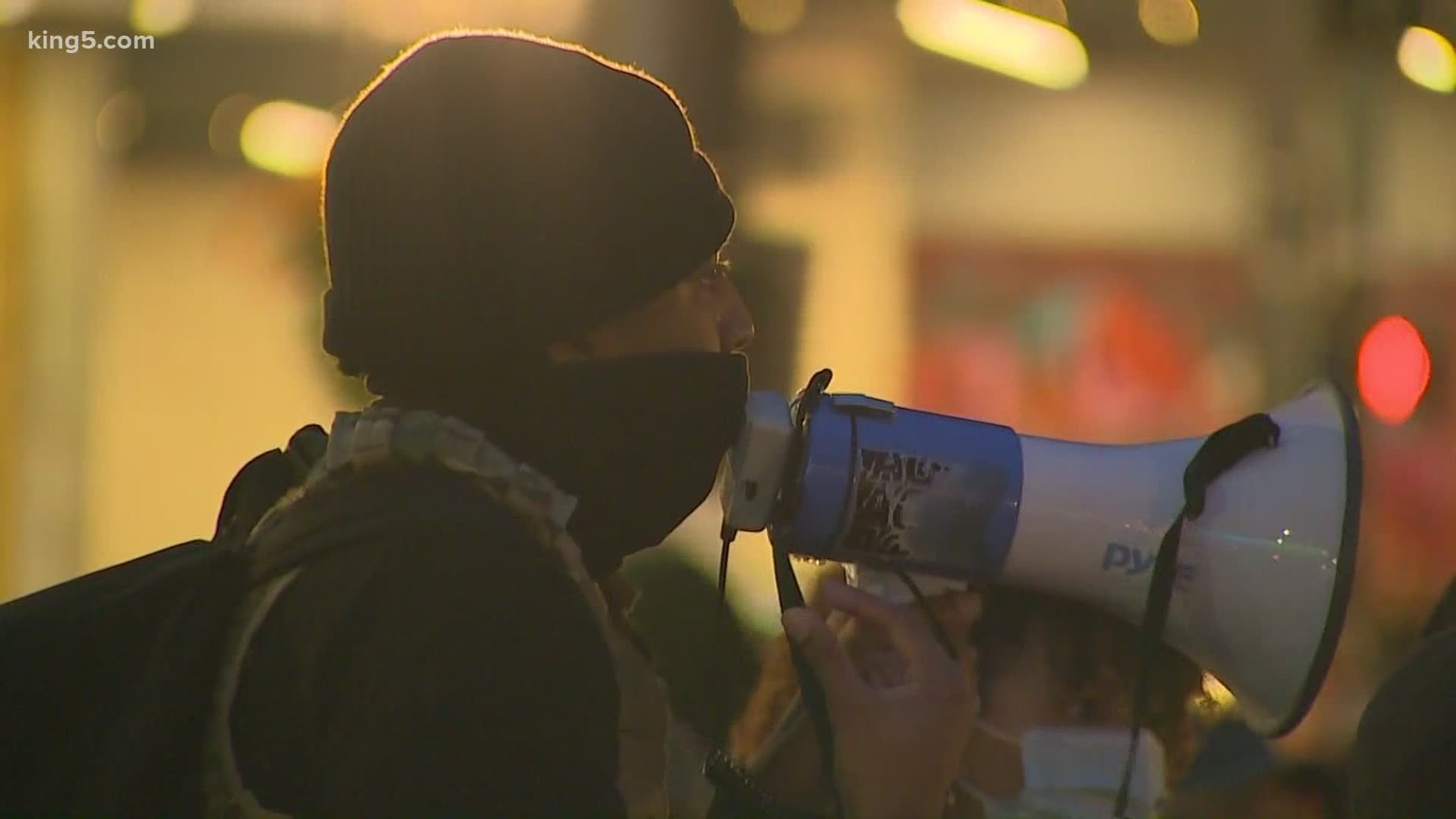 LOUISVILLE, Ky. — Anger, frustration and sadness over the decision not to charge Kentucky police officers for Breonna Taylor’s death poured into America’s streets as protesters lashed out at a criminal justice system they say is stacked against Black people. Violence seized the demonstrations in her hometown of Louisville as gunfire rang out and wounded two police officers.

Activists, celebrities and everyday Americans have been calling for charges since Taylor, an emergency medical worker, was shot multiple times by white officers who entered her home during a narcotics investigation in March. While the officers had a no-knock warrant, the investigation showed they announced themselves before entering, said state Attorney General Daniel Cameron, a Republican and the state’s first Black top prosecutor.

A grand jury returned three charges of wanton endangerment Wednesday against fired Officer Brett Hankison over shooting into a home next to Taylor’s with people inside.

RELATED: Grand jury indicts Brett Hankison in Breonna Taylor case and it has nothing to do with her death

Hundreds of demonstrators chanted Taylor’s name and marched in cities like New York, Washington, D.C., Philadelphia and Las Vegas. People gathered in downtown Chicago's Millennium Park, chanting demands for justice as passing drivers on Michigan Avenue honked their horns. Authorities unleashed chemical agents on some protesters after they tried to climb on a SWAT vehicle in Atlanta and others were arrested.

While protests in Louisville had been largely peaceful, scuffles broke out between police and protesters and some people were arrested before the two officers were shot while investigating reports of gunfire Wednesday night.

Interim Police Chief Robert Schroeder said a suspect was in custody but did not offer details about whether that person was participating in the protests. He says both officers are expected to recover, and one was undergoing surgery.

Taylor's case has exposed the wide gulf between public opinion on justice for those who kill Black Americans and the laws under which those officers are charged, which regularly favor police and do not often result in steep criminal accusations. 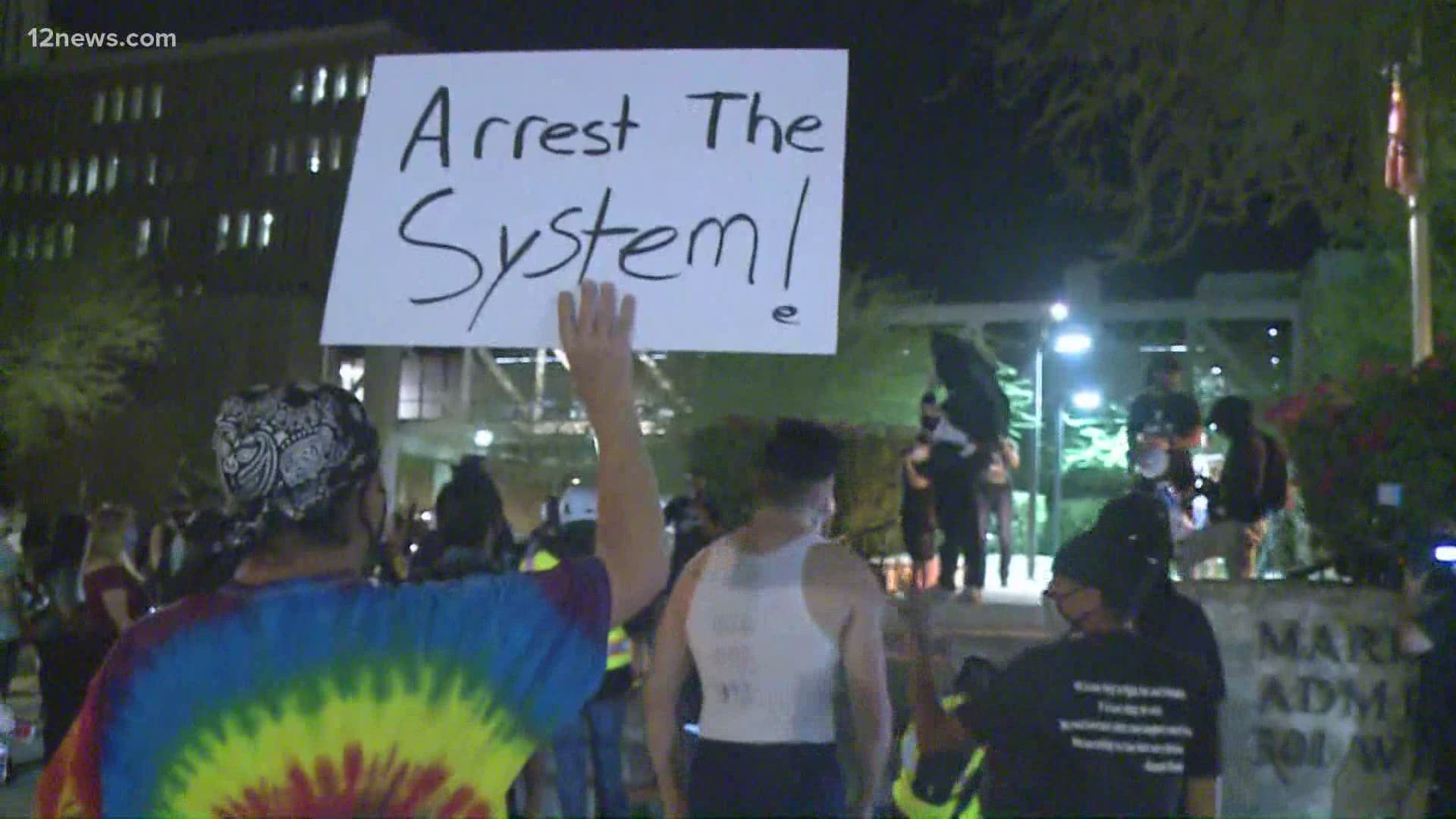 Carmen Jones has protested in downtown Louisville every day for nearly three months. She said she felt despair after the grand jury's decision and didn’t know what was next.

“We’re tired of being hashtags. We’re tired of paying for history in our blood and our bodies and being told to respond to this violence and aggression with peace,” she said. “We did it the Martin way for the entire summer, and it got us nowhere. Maybe it’s time to do things the Malcolm way.”

Jones said her remaining hope was that their demonstration would cause systemwide change in the U.S. But the decision in Taylor's case made her feel like her life doesn’t matter in America.

“I don’t think I’ll sleep the same ever again, cause it would happen to any of us" she said. “The system does not care about Black people. The system chews Black people up and spits us out.”

Along with George Floyd, a Black man killed by police in Minneapolis in May, Taylor’s name became a rallying cry during nationwide protests that called attention to entrenched racism and demanded police reform. Taylor’s image has been painted on streets, emblazoned on protest signs and silk-screened on T-shirts worn by celebrities. 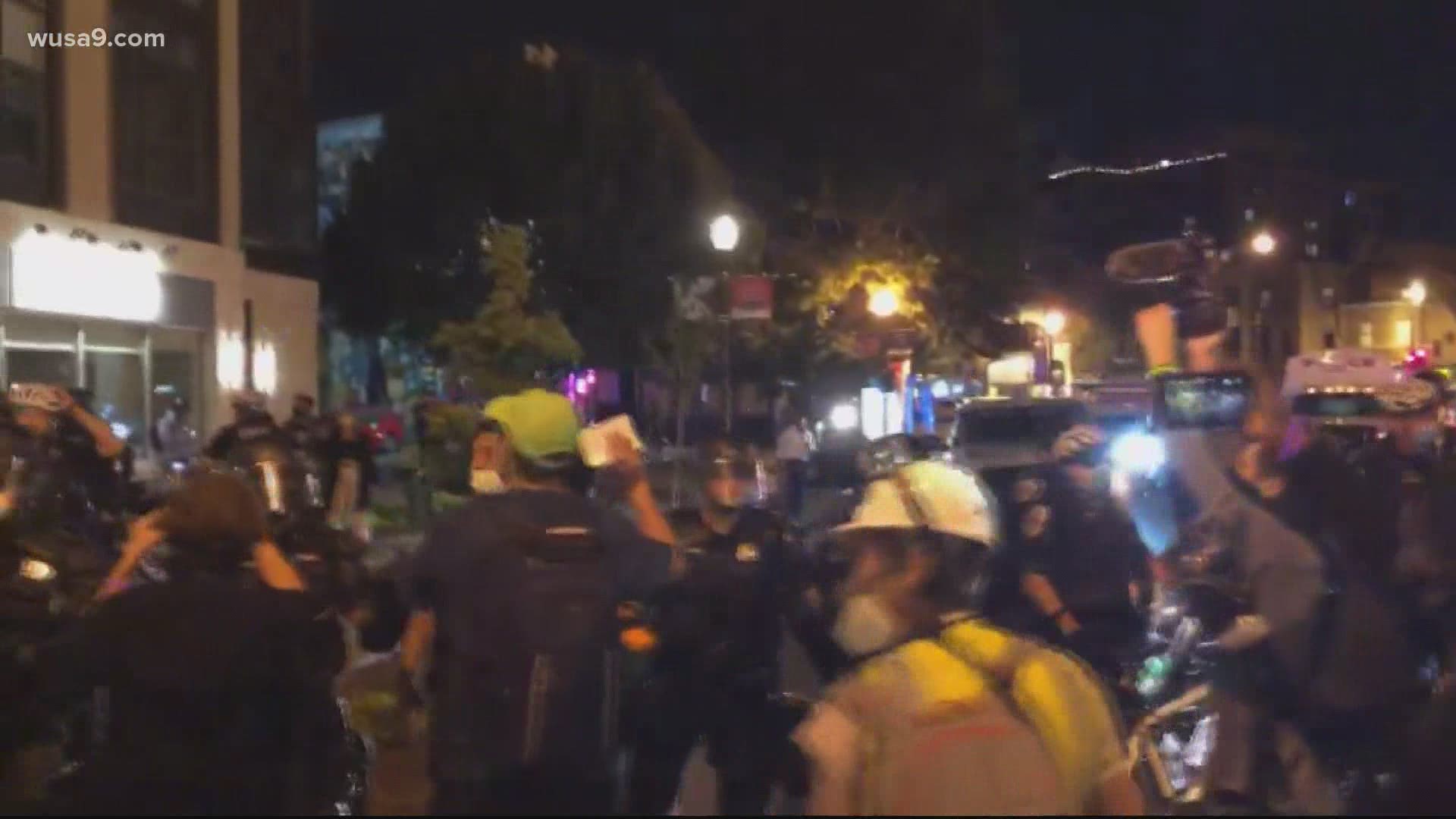 The FBI is still investigating potential violations of federal law in connection with the raid at Taylor’s home on March 13.

After the announcement in Kentucky, Ben Crump, a lawyer for Taylor’s family, denounced the decision as “outrageous and offensive.” Protesters shouting, “No justice, no peace!” took to the streets, while others sat quietly and wept.

Authorities themselves also expressed dismay. At a news conference, Cameron, the attorney general, said, “Criminal law is not meant to respond to every sorrow and grief.”

“But my heart breaks for the loss of Miss Taylor. ... My mother, if something was to happen to me, would find it very hard,” he added, choking up.

However, Cameron said the officers acted in self-defense after Taylor’s boyfriend fired at them. Kenneth Walker told police he heard knocking but didn’t know who was coming in and fired in self-defense.

The warrant was connected to a suspect who did not live there, and no drugs were found inside. The city has since banned such warrants.

“According to Kentucky law, the use of force by (Officers Jonathan) Mattingly and (Myles) Cosgrove was justified to protect themselves,” he said. “This justification bars us from pursuing criminal charges in Miss Breonna Taylor’s death.”

At a news conference, Trump read a statement from Cameron, saying “justice is not often easy.” He later tweeted that he was “praying for the two police officers that were shot.”

Biden says that while a federal investigation continues, “we do not need to wait for the final judgment of that investigation to do more to deliver justice for Breonna.” He said the country should start by addressing excessive force, banning chokeholds and overhauling no-knock warrants.

“We must never stop speaking Breonna’s name as we work to reform our justice system, including overhauling no-knock warrants,” Harris said on Twitter.

Hankison was fired on June 23 and the three wanton endangerment charges he faces each carry a sentence of up to five years. A termination letter said he had violated procedures by showing “extreme indifference to the value of human life” when he “wantonly and blindly” fired his weapon.

CNN reported that his attorney, David Leightty, declined to comment.

Last week, the city settled a lawsuit against the three officers brought by Taylor’s mother, Tamika Palmer, agreeing to pay her $12 million and enact police reforms.

Hudsbeth Blackburn is a corps member for the Associated Press/Report for America Statehouse News Initiative. Report for America is a nonprofit national service program that places journalists in local newsrooms to report on undercovered issues.