A Joe Biden presidential campaign aide said Monday that Biden 'does not believe that police should be defunded.' 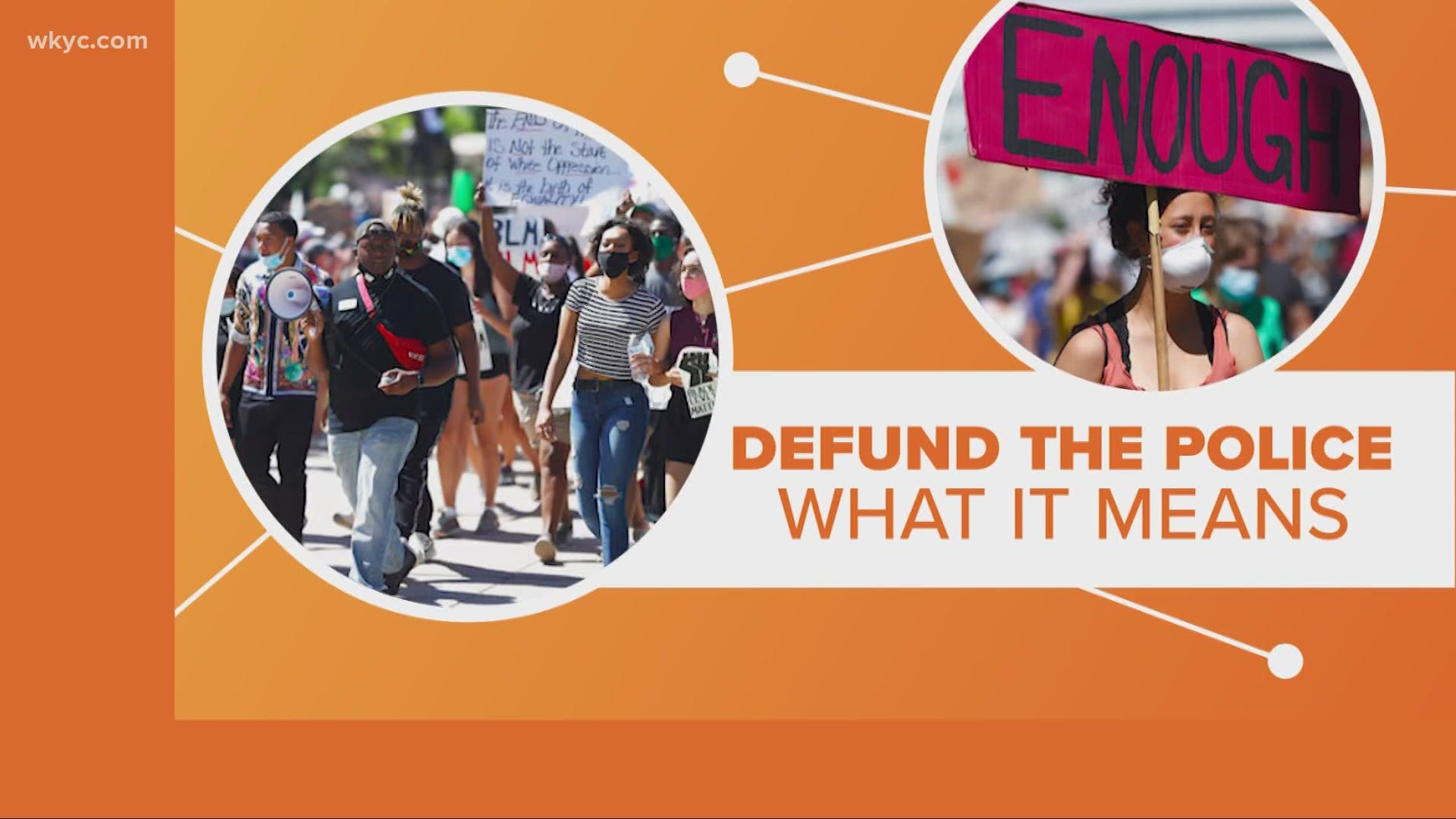 ATLANTA — Joe Biden diverged Monday from activists pushing to “defund the police” in the United States, arguing that an overhaul of policing in America can be accomplished within existing law enforcement agencies.

A Biden presidential campaign aide said the Democrat “hears and shares the deep grief and frustration of those calling out for change” after George Floyd’s death by police in Minneapolis refocused the nation’s attention on institutional racism. But spokesman Andrew Bates added that Biden “does not believe that police should be defunded,” as some Minneapolis authorities are pursuing locally and some activists are demanding nationally.

Floyd, a black man who was handcuffed, died after a white officer pressed his knee into Floyd's neck for over eight minutes, as three other officers stood by. Video of the officers’ actions led to protests in cities across the world and pushed Biden and other high-profile Democrats to call for America finally to confront institutional racism.

The former vice president was in Houston on Monday to meet privately with Floyd’s family ahead of his funeral.

“Biden supports the urgent need for reform -- including funding for public schools, summer programs, and mental health and substance abuse treatment separate from funding for policing -- so that officers can focus on the job of policing,” Bates said.

The “defund the police” mantra has gained steam among some protesters and progressive activists since Floyd’s death, potentially complicating Biden’s ability to satisfy a splintered movement demanding differing levels of changes in policing practices. And it highlights a familiar exercise for Biden: trying to appeal to a progressive flank that distrusts him as an establishment politician while not alienating more moderate voters and even some Republicans who don’t want President Donald Trump reelected.

The Republican incumbent, who’s postured as a “law and order” figure and urged federal and state authorities to “dominate” protesters, has seized on the latest dynamics, casting “defund the police” as the official rallying cry for Biden and all Democrats.

Biden’s criminal justice agenda, released long before he became Democrats’ presumptive nominee, includes more federal money for “training that is needed to avert tragic, unjustifiable deaths” and hiring additional officers to ensure that departments are racially and ethnically reflective of the populations they serve.

Specifically, he calls for a $300 million infusion into existing federal community policing grant programs. And he pledges to continue Obama administration practices of scrutinizing what equipment is used by law enforcement, a nod to critics of U.S. domestic police agencies using military-grade equipment in encounters with civilians.

Biden’s priority, Bates said, is to “improve relationships between officers and residents.”

In discussing policing and criminal justice changes, Biden also has emphasized his proposals to spend more on education and social services and invest in struggling areas of cities and rural America, all ideas he touts as addressing the root causes of crime.

Those positions largely reflect Biden’s approach to policing as a Delaware senator and vice president, trying to strike a balance somewhere being tough on crime and building a criminal justice system that rehabilitates rather than simply punishes. But he’s met skepticism for his role in the 1994 federal crime law. The measure included federal money for the kind of community policing Biden champions, but it also helped states build more prisons and toughened federal sentencing laws in ways that Biden and others now acknowledge disproportionately hurt black and other nonwhite defendants.

Many of those calling to “defund the police” share Biden’s emphasis on increasing public spending on other government services, from education to mental health. Their contention is that other agencies could address many societal problems without the involvement of traditional police forces.