There currently are 78 judicial vacancies, according to the judiciary's website. Biden, a Democrat, has already nominated 11 people. 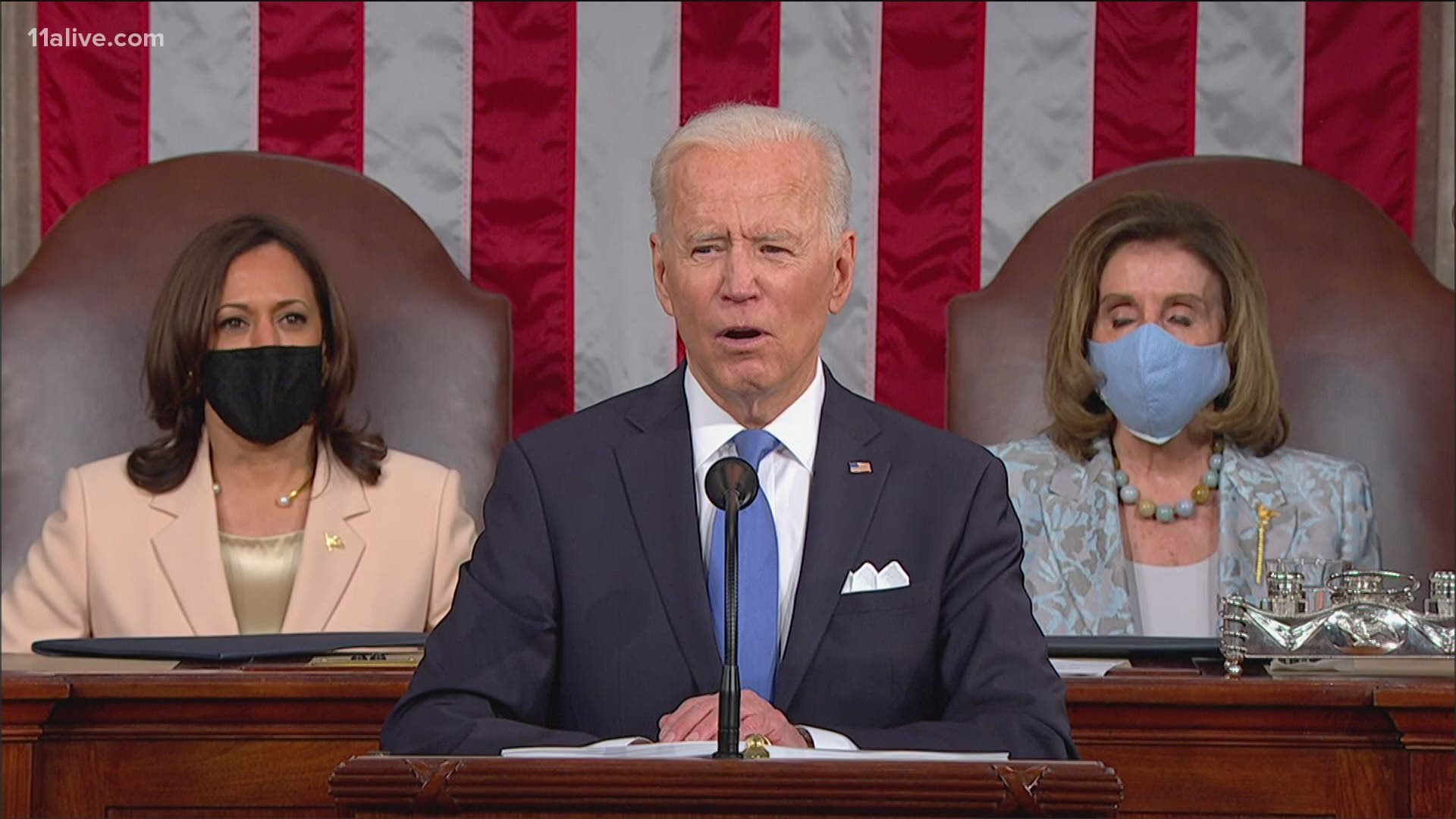 WASHINGTON — President Joe Biden is announcing another diverse group of candidates for his second round of judicial nominations, a day after some in his first slate of picks went before a Senate committee.

The second round, released Thursday, includes a woman who would be the first Asian American appointed as a federal judge to the Western District of Washington, a Latino who is currently the presiding judge of the Grant County Superior Court in Ephrata, Washington, and a woman who is a longtime labor and employment litigation attorney in New Jersey, according to a draft of the list obtained by The Associated Press.

Democrats, narrowly controlling the Senate for the first time in eight years, are eager to turn the page from the Trump administration, especially when it comes to judges. More than one-quarter of the federal judiciary is made up of President Donald Trump's appointees. Most notably, Trump, a Republican, nominated three members of the Supreme Court: Neil Gorsuch, Brett Kavanaugh and Amy Coney Barrett.

Biden’s latest nominees include two appointments to the Western District of Washington, which covers Seattle, Tacoma and Olympia. One is David Estudillo, the presiding judge of the Grant County Superior Court in Ephrata. He has been a Superior Court judge since 2015 and is the president of the Washington State Superior Court Judges’ Association. In private practice he focused on immigration and civil litigation.

The other nominee is Tana Lin, with the firm Keller Rohrback LLP since 2004, focusing on representing employees and shareholders in antitrust litigation. She was from 2001 through 2003 the litigation coordinator at the Michigan Poverty Law Firm. She received her law degree from New York University School of Law in 1991.

Biden has also nominated Christine O'Hearn for the U.S. District Court for the District of New Jersey. She's been a partner at Brown & Connery LLP since 1993, focusing on labor and employment litigation. She has also been a law professor at Rutgers University School of Law. She earned her law degree from Temple University James E. Beasely School of Law in 1993.

“Christine O’Hearn is a highly successful and regarded trial attorney with the intellect, thoughtfulness and temperament needed to be a brilliant federal judge, and I am proud to have recommended her for appointment to the U.S District Court of New Jersey," Sen. Bob Menendez, D-N.J., said in a statement.

There currently are 78 judicial vacancies, according to the judiciary's website. Biden, a Democrat, has already nominated 11 people. The Senate, which must confirm the nominees, is split 50-50, with Vice President Kamala Harris called on to break some tie votes.

The Senate Judiciary heard from five nominees on Wednesday, with nominee Ketanji Brown Jackson attracting most of the attention. She is a federal judge in the District of Columbia, and Biden wants her promoted to the appeals court seat left vacant when Merrick Garland became his attorney general. Biden has promised to name a Black woman to the Supreme Court if a vacancy arises, and Jackson is widely seen as a potential pick down the line.

Administration officials emphasized the speed with which Biden is announcing nominees, stressing that the president was out of the gate with names faster than his immediate predecessors.

The White House said in a statement that all the candidates were “immensely qualified and devoted to the rule of law and our Constitution.”

“These candidates also speak to the President’s strong belief that the federal judiciary should reflect the proud diversity of the nation, both in terms of personal and professional backgrounds,” it said.