Most of the canceled and delayed flights came in the Midwest, where a winter storm was bringing snow, ice and rain. 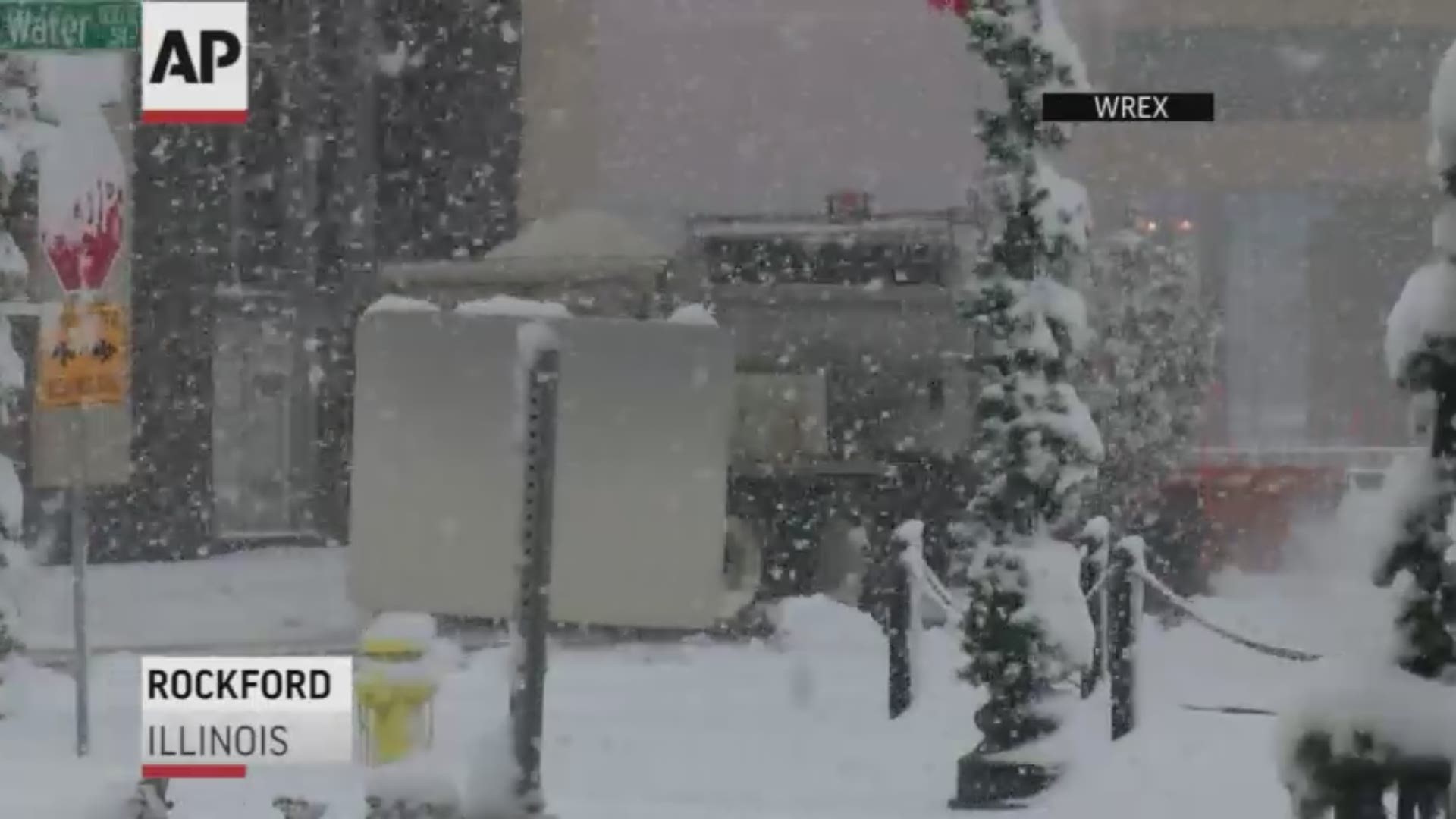 Airline passengers faced delays and cancellations across the Midwest on Sunday, one of the busiest travel days of the year as throngs of holiday travelers make their way home from Thanksgiving.

Nationwide, more than 1,250 flights had been canceled for Sunday and another 4,775 delayed as of 10:20 p.m. ET, according to flight-tracking service FlightAware. Cancellation already were being reported for Monday, with nearly 275 U.S. flights preemptively canceled.

Most of those came in the Midwest, where a winter storm was bringing snow, ice and rain to a swath of the Great Plains and Midwest. Blizzard conditions were possible Sunday across parts of Iowa, Illinois, Missouri and Wisconsin.

The weather has led to flight cancellations at a number of airports in the region, including Kansas City, Missouri; Milwaukee; Omaha, Nebraska; and Des Moines and Cedar Rapids, Iowa.

Credit: AP Photo/Orlin Wagner
A plow removes snow at an entrance of the Kansas Turnpike near Lawrence, Kan., Sunday, Nov. 25, 2018.

But perhaps the biggest overall impact to air travelers was in Chicago, where more than 790 combined arrivals and departures had been canceled as of 10:20 p.m. ET at the city’s busy O’Hare airport. Many that weren't canceled were running late.

O’Hare is a major connecting hub for both United and American, each of which had canceled hundreds of mainline and regional flights. By FlightAware's count. the cancellations accounted for more than 25 percent of Sunday's entire schedule at O'Hare. For Monday, more than 180 flights -- about 5 percent of the day's schedule -- had already been grounded by Sunday evening.

Cancellations also sprouted up across town at Chicago's Midway Airport, a major base for Southwest Airlines. A combined 124 arrivals and departures -- about 15 percent of the entire day's schedule there -- had been canceled there as of 10:20 p.m. ET. About two dozen Monday departures also were already scrubbed.

In Kansas City, half of Sunday's flights were canceled, disrupting the plans of thousands of holiday travelers there. The airport had halted all flights for several hours "due to extreme conditions," but said at 7:30 p.m. ET that it was ready to resume operations.

The count of delayed flights also spiked at airports outside the Midwest. Among the hardest hit was Boston, where about a third of all flights were running late. The Federal Aviation Administration blamed reduced visibility for the slowdown there. Nearly 20 percent of flights at New York LaGuardia were behind schedule Sunday, with "volume" and congestion cited by the FAA.

A number of other U.S. airports were reporting higher-than-usual delays, some likely the result of a ripple effect from problems in the Midwest.

The details vary by carrier, but – generally – the waivers allow affected customers to make one change to their itineraries without paying change fees that can cost $200 or more.