Two programs authorized and funded by the CARES Act are set to expire on Dec. 26, meaning about 12 million Americans will lose extra benefits, an analysis says. 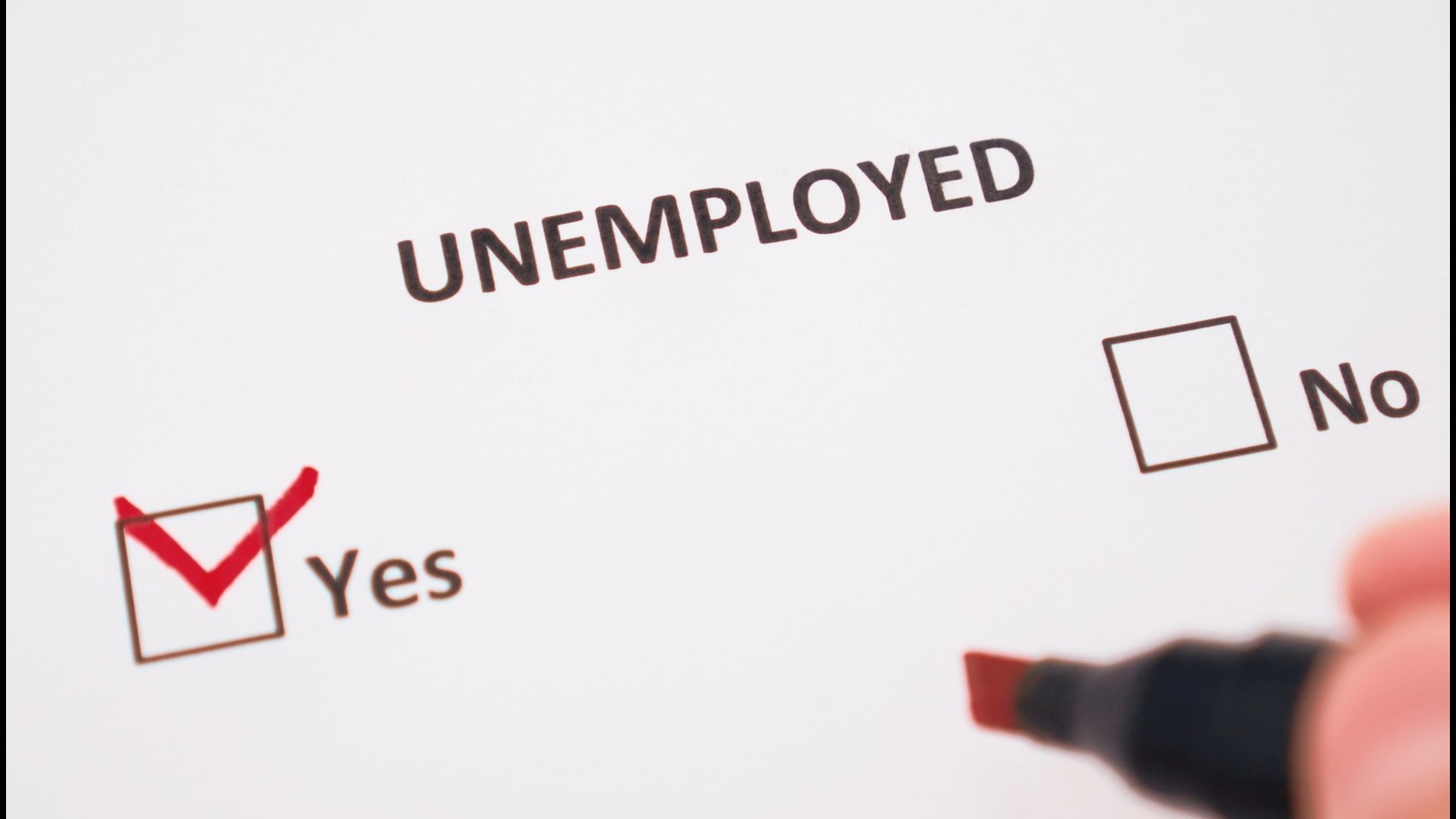 WASHINGTON — Just after Christmas, about 12 million Americans will lose their unemployment benefits, according to an analysis from The Century Foundation on Wednesday.

Two main programs authorized and funded by the CARES Act are set to expire on Dec. 26, 2020. Experts from the progressive think tank said the Pandemic Unemployment Assistance (PUA) and the Pandemic Emergency Unemployment Compensation (PEUC) are ending before the new year, threatening the last "economic lifeline for millions of American families."

The analysis claims that despite the slight recent economic recovery, "there are simply not enough jobs being created to support all of the workers running out of aid before the end of 2020." It pushed the need for extending unemployment benefits, especially as the coronavirus spikes across the United States before the holidays.

Congress has so far failed to agree on any new stimulus package for jobless individuals and struggling businesses. The cutoff of aid will sharply reduce income for the unemployed, force a further reduction in their spending and perhaps weaken the economy.

The expiration of benefits will make it harder for the unemployed to make rent payments, afford food or keep up with utility bills. Most economists agree that because unemployed people tend to quickly spend their benefits, such aid is effective in boosting the economy.

RELATED: US jobless claims increase to 742,000 as pandemic worsens

Cutting off benefits with so many people still receiving them would be unusually early compared with previous recessions. In the Great Recession of 2008-2009, the government extended unemployment benefits to 99 weeks, and the additional aid lasted through 2013. When that program ended, about 1.3 million people lost benefits -- a fraction of the number who would lose their aid at the end of this year.

“We’re still down 10 million jobs since the pandemic began,” said Elizabeth Pancotti, co-author of the Century Foundation report and a policy advisor at Employ America, a left-leaning think tank. “We’re heading into the winter, we’re seeing additional business closures, consumer demand is already falling...Cutting off benefits seems inhumane to me.”

In March and April, when the pandemic erupted in the United States, tens of millions of people applied for jobless aid. Though many of them have been rehired or have landed new jobs, those who haven’t found work began exhausting their six months of state aid as early as September.

Most of them would then shift to the Pandemic Emergency Unemployment Compensation program, which provides 13 additional weeks. Yet the Century Foundation estimates that 3.5 million people will have used up all of those 13 weeks before the year ends. An additional 950,000 people will have run out of the 39 weeks provided by the PUA program by then, too.