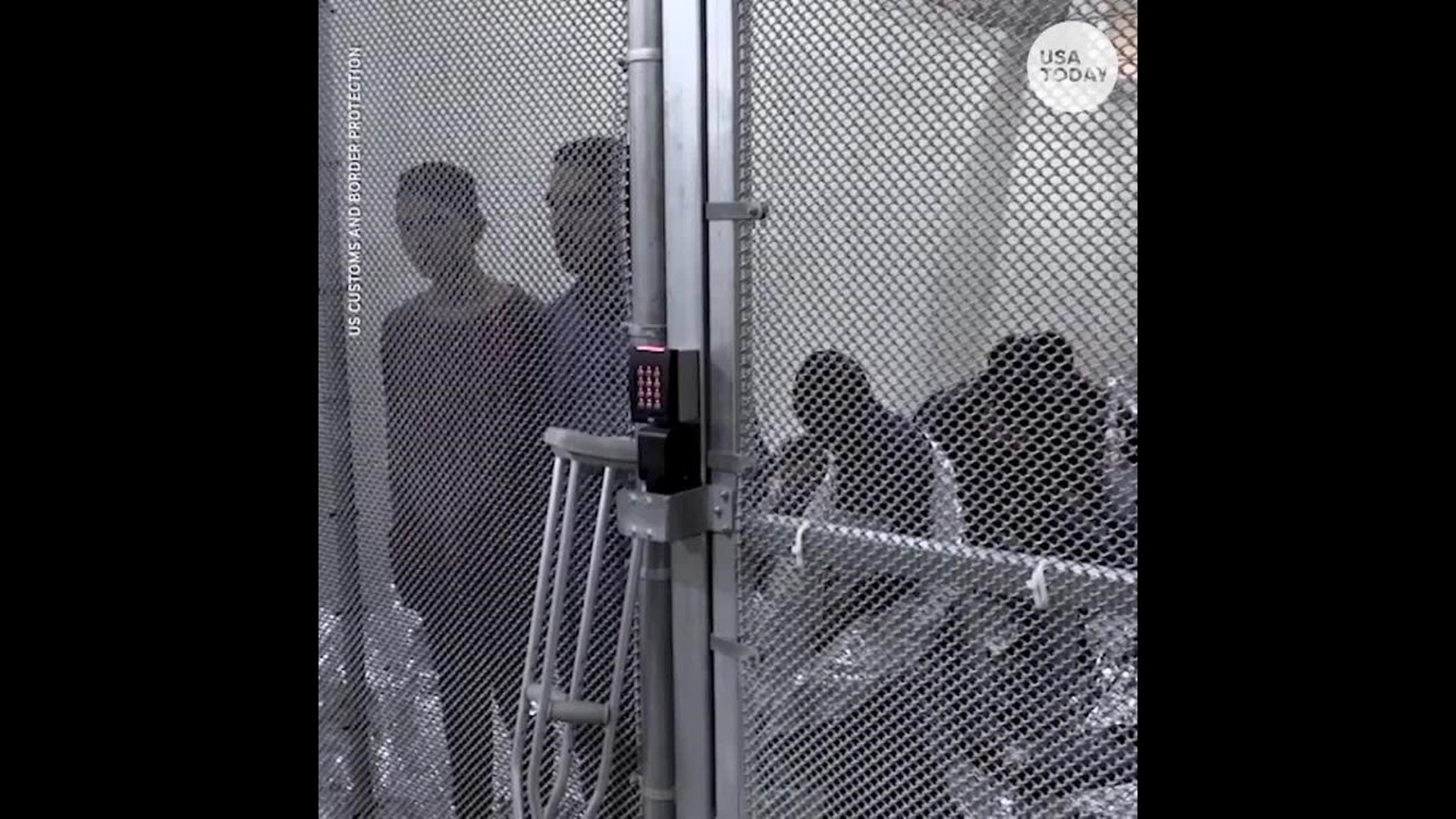 WASHINGTON – As the American flag waved overhead, dozens of female religious leaders stood in front of the Customs and Border Protection headquarters Tuesday and called on the Trump administration to end its policy of separating children from parents who cross the border.

“Jesus’ heart must be breaking as are ours,” said Jane Allen Middleton, who represented women bishops of the Council of Bishops for the United Methodist Church. “This is institutionalized child abuse. We as a nation are better than this. “

"We will not apologize for doing our job," Nielsen said Monday. "This administration has a simple message — If you cross the border illegally, we will prosecute you."

Under the administration's "zero tolerance" policy, adults suspected of crossing the border illegally are sent to federal jails or other detention centers to await prosecution. If they have children with them, the young people are placed in the custody of the federal Office of Refugee Resettlement because children cannot be held in adult facilities.

Through the end of May, nearly 2,000 children were separated from adults who said they were their parents or guardians, DHS said last week.

At the rally outside the Customs and Border Protection agency, women religious leaders from all different faiths took turns slamming the policy, calling it immoral and an affront to American values.

They compared it to sins of the past, including ripping children away from Africans brought to America as slaves and families locked behind fences at Nazi concentration camps.

The religious leaders urged others of faith to also speak out.

“I will not be silent when children are caged…This has to stop,” said Rev. Dawn Sanders, CEO and founder of Pioneer Learning International in Maryland. “I refuse to let a policy dictate my faith. There is a reckoning coming and today is that day.”

Sanders and other speakers noted that Tuesday also marked Juneteenth, a holiday celebrated that commemorates the end of slavery in the United States.

They also held up signs that read, “Kids need their parents,’’ and Children should be treasured not traumatized.’’

Credit: Deborah Barfield Berry, USA TODAY
Speakers at the rally call on other religious leaders to also speak out against the policy.

The leaders also wore yellow bands on their wrists, similar to the ones "placed on parents as their children are torn from their arms," said Rev. Jennifer Butler, CEO of Faith in Public Life, a network of religious leaders.

Butler also held up a petition against the administration’s policy.

At one point, they turned to face the federal building and held up signs.

Some of the religious leaders also prayed for Sessions and Nielsen, who they said had a “stony heart.” They also criticized Session for quoting the Bible to defend the policy.

Dan Weiss, who joined Tuesday’s rally, said it was important to be there in part to remember other young people who were kept out of the country in the past.

“We ought to be ashamed,” said Weiss, noting his mother-in-law's siblings were killed in a Nazi concentration camp. “Every Jew in America should oppose the policy because some of their ancestors died because they couldn’t get into the United States to flee Nazi Germany."

Sharon Milton, a youth director of the Emory Fellowship in Washington, D.C., said she was moved to join the rally after seeing pictures of children in cages.

“I feel like my silence means that I’m part of it, that I’m going along with it …The policy has to be changed,” she said. “The more we speak up …the more change will come. But change will not come if we are silent ...The whole world is watching.”