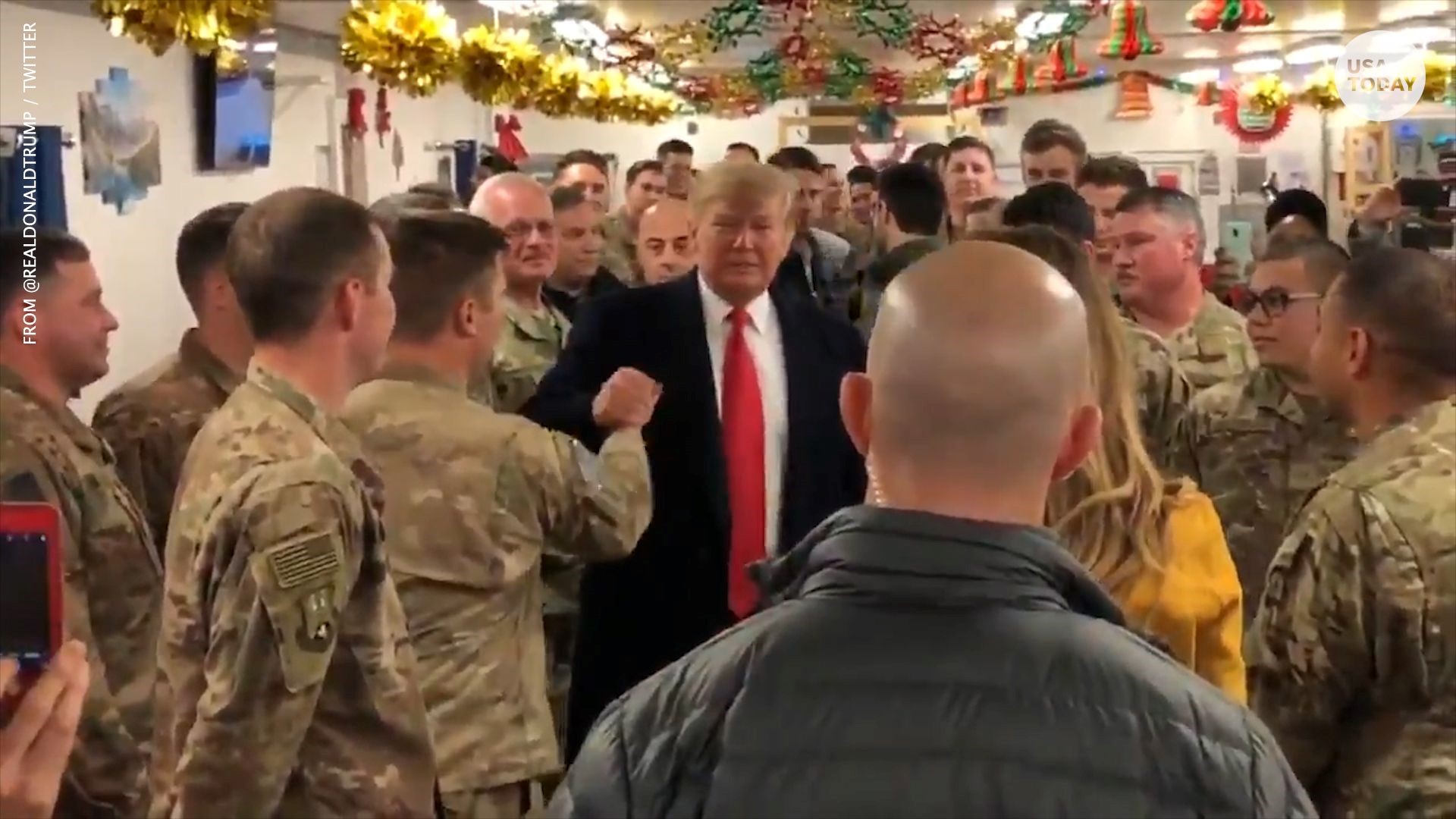 Trump published video on Twitter of a meeting Wednesday with several members of the team, dressed in camouflage gear with night vision goggles. Lee Greenwood's "God Bless the USA" plays on the video.

"@FLOTUS Melania and I were honored to visit our incredible troops at Al Asad Air Base in Iraq," Trump tweeted. "GOD BLESS THE U.S.A.!"

The president, as commander in chief, would have the right to declassify information. The Naval Special Warfare Command did not immediately return an email for comment from USA TODAY.

Trump and first lady Melania Trump flew out of Washington in Air Force One on Christmas, arriving Wednesday at Iraq's Al Asad Air Base. Trump spent about three hours on the ground in Iraq, meeting with soldiers in a dining hall and addressing more troops in a hangar.

Credit: Saul Loeb, AFP/Getty Images
President Donald Trump speaks to members of the military during an unannounced trip to Al Asad Air Base in Iraq, Dec.26, 2018.

Trump paused to take photos and selfies with many service members. According to the media pool report, Trump stopped to talk football with one soldier named John Rader with the 201st Regional Support Group based in Atlanta. When U.S. Navy Lieutenant Commander Kyu Lee told Trump he was the chaplain for Seal Team Five, the chaplain said Trump told him: “Hey, in that case, let’s take a picture.”

.@FLOTUS Melania and I were honored to visit our incredible troops at Al Asad Air Base in Iraq. GOD BLESS THE U.S.A.! pic.twitter.com/rDlhITDvm1

The video Trump posted shows him and Melania shaking hands with several members of the team, along with support personnel.

A Defense Department official speaking on condition of anonymity told Newsweek that such personnel generally have their faces covered or their face digitally blurred prior to a photo release. The official could not recall an other time where special operation forces posed with their faces visible while serving in a war zone. 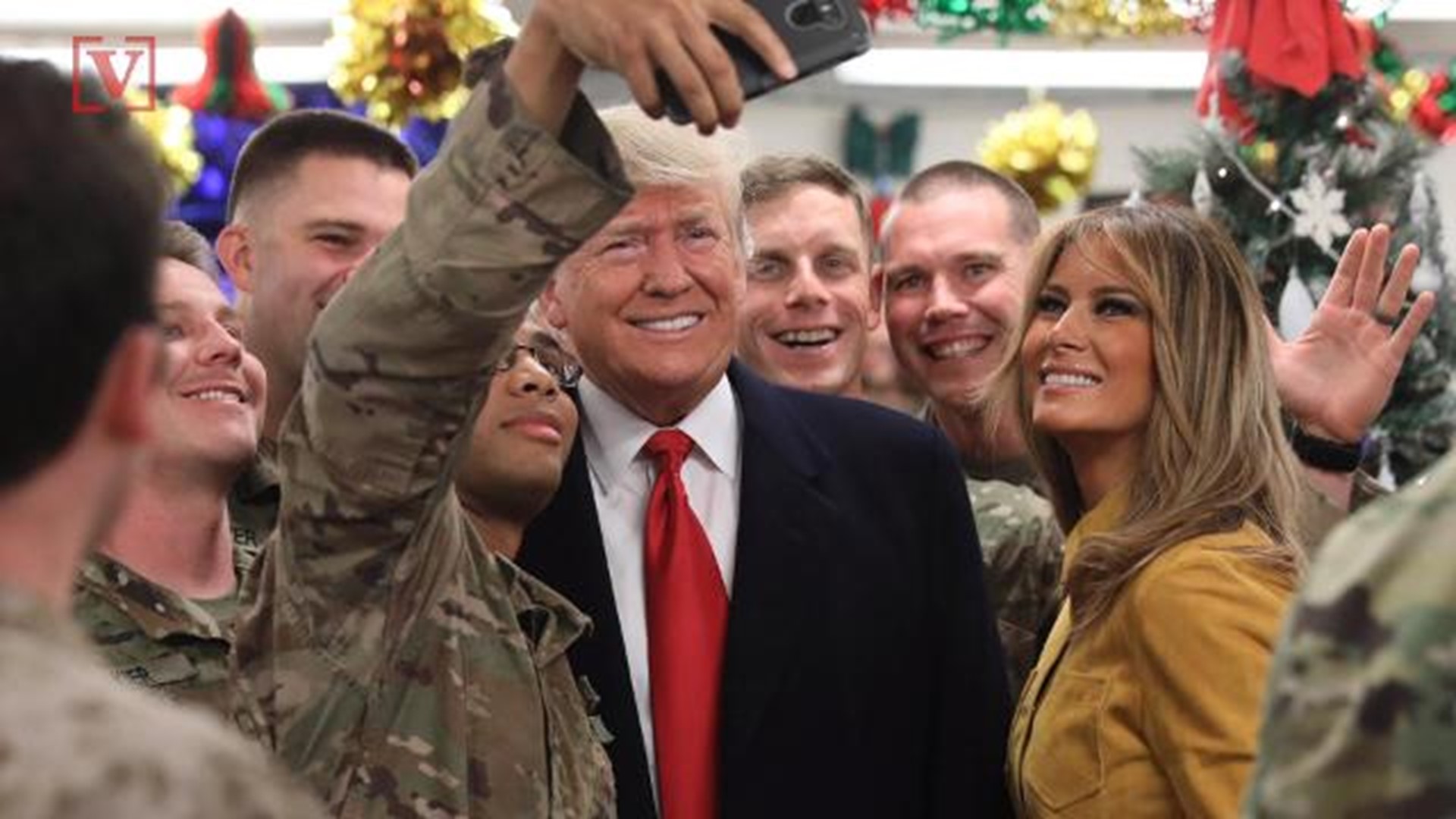