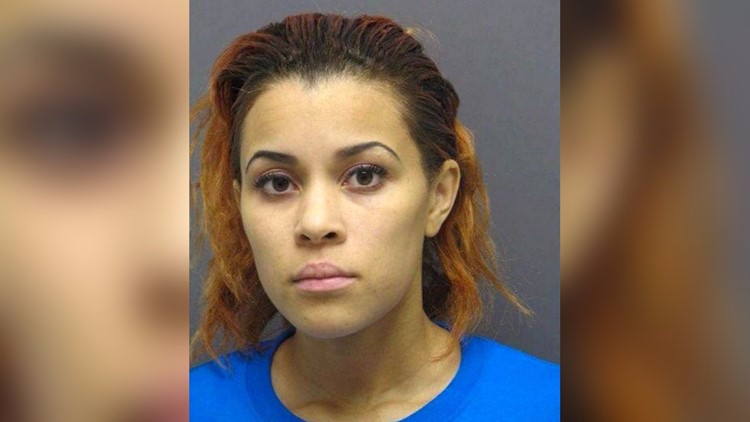 MANASSAS, Va. -- A second caregiver at a Virginia daycare that was run like a "baby fight club" was convicted of child cruelty and other counts Thursday for abusing and neglecting children in her care.

Kierra Spriggs, 26, was convicted of four counts of felony child cruelty and two misdemeanor assault and battery charges on Thursday.

Spriggs was acquitted of 14 other charges, and the charges of contributing to the delinquency of a minor were dismissed because the prosecutor didn't introduce Spriggs' age.

Many parents walked out of the court room in tears because they were disappointed at the number of guilty verdicts.

A parent on the stand pointed at Spriggs and said, "you are a monster." She turned to the jury and said "none of those charges should have been thrown out."

Spriggs is one of two former daycare workers at Minnieland Academy Day Care Center in Woodbridge, Va., who fed toddlers flaming hot Cheetos, encouraged what a prosecutor called a "baby fight club" and traumatized children by spraying water in their faces. The other daycare worker, Sarah Jordan, was convicted last month.

Parents of the at least 11 children victimized by the former employees at the Woodbridge daycare center are disappointed because Spriggs was originally charged with 57 child abuse counts.

Among the alleged actions that brought charges against her are snapping rubber bands on the wrists of children, stepping on toes because the children weren't wearing shoes, tripping them and biting a child's finger.

Children ages one and two years old were mistreated. Parents of at least eight children have come forward about the abuse that prosecutors said happened in an eight-month period in 2013.

Jordan was convicted in January of seven felonies and six misdemeanor counts of child abuse. She tortured children by spraying a water hose on full blast in their face and dumping buckets of water on them.

The lawyer representing the parents was in the courtroom for the verdict. No civil lawsuit has been filed.