Robert Mueller investigation: What is a Russian troll farm?

What is a Russian troll farm? 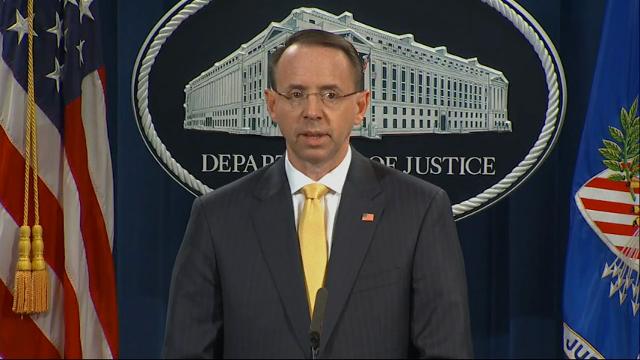 Credit: NICHOLAS KAMM, AFP/Getty Images
Under pressure for its sale of ads to Russian entities that used the platform to sway U.S. voters, Facebook is hiring 1,000 additional advertising monitors.

Special Counsel Robert Mueller's indictment issued Friday charging Russian nationals and businesses with interfering in the 2016 presidential election does not use the ominous term "troll farm," but that's at the heart of investigation.

While you may know that troll farms in some way involve the manipulation of social media to some possible dastardly end, you may not know how they actually work.

Here are the basics:

What is a troll farm?

The name comes from the term "troll," which is someone who joins a social media discussion on Facebook or Twitter, for example, and posts provocative comments, perhaps inflammatory or even off the topic, to sow discord.

A "troll farm" is an organized operation of many users who may work together in a "factory" or from different places across a distributed network to generate online traffic aimed at affecting public opinion, and to spread misinformation and disinformation.

The indictment issued Friday specifically mentions the Internet Research Agency, which as far back as 2014 had been using social media accounts in the U.S. (The New York Times Magazine reported on the organization in 2015.)

The Internet Research Agency, based in Olgino, a part of St. Petersburg, Russia, had about 200 to 300 people working, the indictment says, about 80 of which were focused on the U.S.

The group operated "social media accounts that look like Americans who then try and push or influence Americans into believing things that the Russian government wants," said Clint Watts, a senior fellow at the Foreign Policy Research Institute.

Also the troll farm sent Russians to the U.S. to set up "the technical infrastructure to make it look like there were real American accounts," being used in the operation, he said.

That meant maintaining computer services connected to the Internet to create a virtual private network that the agency could dial into in the U.S. from Russia.

"It allows them to interact with a server in the United States and that server is doing all the social media activity, so it looks like all the accounts are in the U.S. when, in fact... they are being operated sort of through an encrypted tunnel back through to Russia," said Jeff Hemsley, assistant professor at the School of Information Studies at Syracuse University and co-author of the book Going Viral.

More: Twitter: There were more Russian trolls than we thought

When did troll farms first arrive on the scene?

This operation began to function in the U.S. in 2014, the indictment says. But troll farms are not new.

How does this troll farm fit into the Special Counsel’s Russia investigation?

Among the persons charged in the case is Yevgeny Prigozhin, a Russian businessman dubbed "Putin's chef" by Russian media who allegedly ran the troll farm.

He and his companies paid the farm's workers to create social media accounts that eventually were used to attempt to influence the 2016 U.S. presidential election. The workers had day shifts and night shifts arranged to coincide with U.S. time zones when people would be using social media, the indictment says.

"These accounts have been active for a while and they were tweeting on all sorts of different kinds of topics and around the time of the election they started specifically becoming political," Hemsley said.

In January, Twitter said it had discovered more Kremlin-linked accounts had tried to influence the election on its platform than originally thought, increasing the number of accounts linked to the Internet Research Agency to 3,184 accounts that posted 175,993 tweets. Facebook has said it found hundreds of Russia-linked accounts on its platform and Instagram, which it owns, whose ads and organic posts were seen by 146 million people.

"The organization sought, in part, to conduct what it called information
warfare against the United States of America through fictitious U.S. personas on
social media platforms and other Internet-based media," the indictment says.

What was their goal in this case?

The Agency "specialists" were instructed to post comments that specifically criticized Democratic presidential candidate Hillary Clinton and Republican candidates other than Trump. "It is fascinating to me they supported both Sanders and Trump, the outside candidate," Hemsley said.

The overall goal of the troll farm was to "create divisive wedges, pitting Americans against each other," Watts said. "They create these conflicts and report on them in an overt way on state-sponsored Russian media about how unstable America is," he said. "The goal is to undermine democracy. So you want America to look unstable and Americans not to trust each other."

Such activity has not ended, either. Last month, Russian-linked social media were found to be increasing traffic for the hashtag #ReleaseTheMemo, which referred to the secret congressional report about FBI surveillance of the Trump campaign.

That finding came from the Alliance for Securing Democracy of the German Marshall Fund, a nonprofit organization (where Watts is a fellow, too) that  has a project tracking Web traffic generated by a network of 600 Twitter accounts linked to Russian influence campaigns.

The group also found that earlier this week that those Twitter accounts also promoted some of the false stories emerging in the wake of the Florida high school mass shooting.

How can people resist or avoid helping trolls?

The integrity of social media platforms needs to be improved, Watts says. There have been Congressional hearings about social media in the wake of the presidential election and "that’s what these hearings are about and I think that will happen over time," Watts said.

Meanwhile, individuals need to do a better job of evaluating where they get their information, he says. The Internet Research Agency "made accounts that looked like and talked like real Americans, which plays into implicit bias," Watt said. "It makes you want to believe it because it looks like somebody that is you. It makes sources of information you wouldn’t normally believe enticing."

Eventually, the U.S. may need to create a system to foolproof the linking of a social media account to a real person, just as people get driver's licenses, for instance, Hemsley said. "Without something like that online, we're not going to easily avoid this problem," he said.