Mountain lion kills one man, injures another east of Seattle 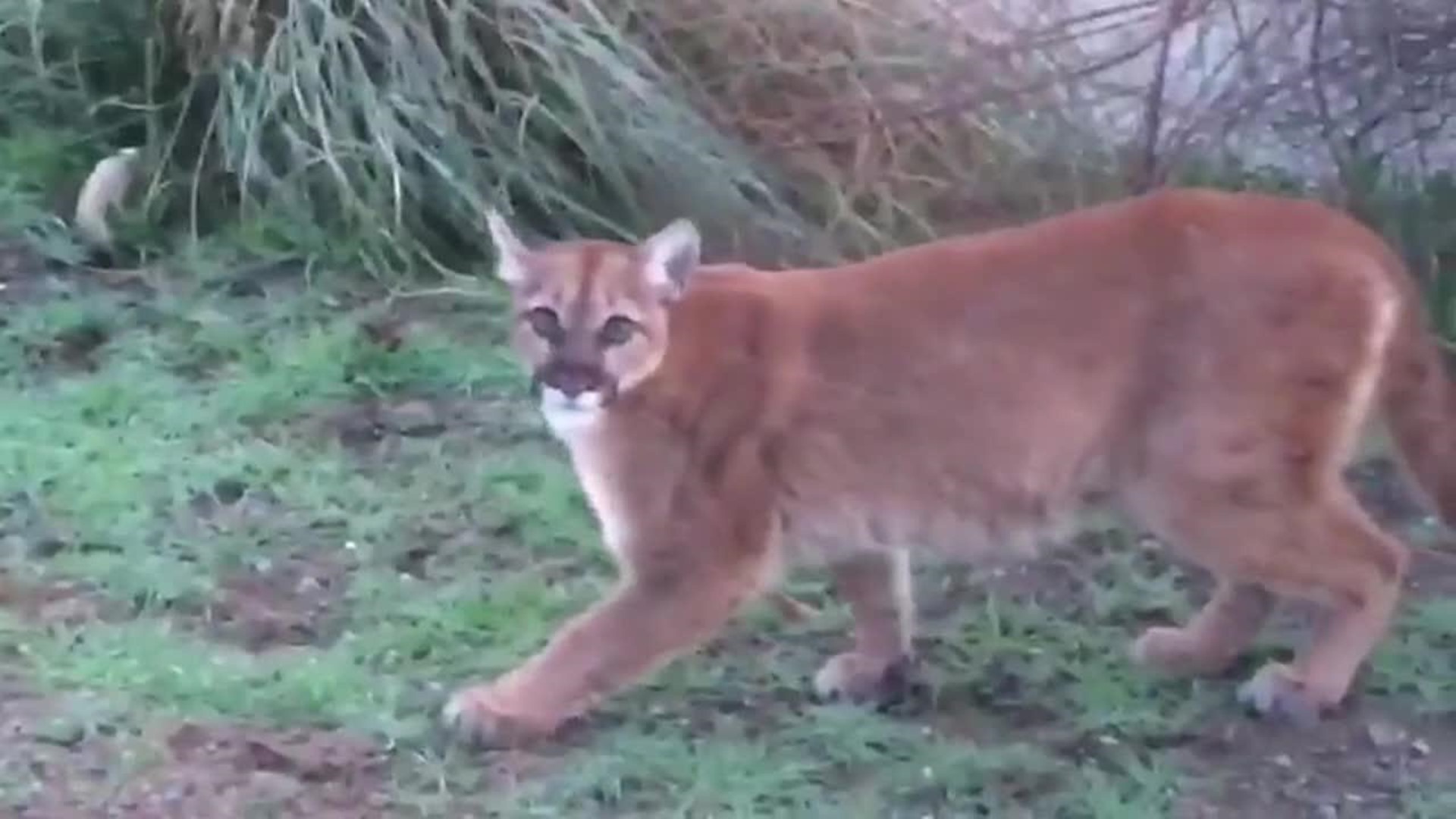 Credit: © NGT
A mountain lion -- also known as a cougar, puma or panther -- stands on a rock in 2012 near Kalispell, Montana.

SNOQUALMIE, Wash. — One man was killed and another injured Saturday when a mountain lion attacked them as they were riding mountain bikes in remote woods northeast of here, law enforcement said.

A 31-year-old man, whose name was not released, was airlifted to a Seattle hospital about 30 miles to the west with unspecified injuries, said Sgt. Ryan Abbott, a King County Sheriff’s spokesman.

The injured man initially was listed in serious condition but was upgraded later to satisfactory condition, Harborview Medical Center said in a statement. He was alert and talking when he arrived.

The second man, whose name also was withheld pending notification of kin, fled into the woods with the big cat chasing after him. He later was found dead with the animal standing over his body.

Authorities dispatched a search and rescue team to recover the bicyclist's body, Abbott said. It wasn’t immediately clear whether the two victims had been biking together or separately.

Mountain lions — also known as cougars, panthers or pumas — can be found from British Columbia and Alberta in Canada south to Texas, generally in the western United States. But some also live east of the Mississippi, according to Defenders of Wildlife, based in the District of Columbia.

The cats, which are about 2 feet tall at the shoulders, eat deer and smaller mammals and generally are solitary and secretive. They stalk their prey before pouncing with powerful hindquarters.

Human encounters with cougars are rare, according to the Mountain Lion Foundation, based in Sacramento, Calif. Officials there suggest not walking alone between dusk and dawn when the animals are most active.

Since 1890, cougars have attacked people fewer than 100 times, according to the nonprofit Cougar Network, based in Concord, Mass. About 20 of those attacks have been fatal.

Saturday's attack is the second fatal mountain lion attack in 100 years in Washington state, according to the Washington Department of Fish and Wildlife. Fifteen other attacks have occurred in the state that weren't fatal during that time.

The most recent death from a cougar attack appears to be a 55-year-old New Mexico man, Robert Nawojski, who was killed in June 2008, according to information at the time from the New Mexico Department of Game and Fish.

People who encounter a mountain lion should not run from it, Mountain Lion Foundation officials said. Instead maintain eye contact, stand tall, look bigger by raising your arms or opening your coat, wave your arms slowly, speak firmly and throw items at the animal if necessary.

► January 2016: Hunter kills mountain lion that trekked 450 miles to Montana
► May 2015: Motorist hits mountain lion in Missouri; troopers have to kill it

Most cougars will move on if given the room and opportunity, according to the foundation. A person who is attacked should fight back; most people succeed in driving the big cat away.

Washington Department of Fish and Game officers with hound dogs tracked a cougar down after Saturday's attack and killed it, Capt. Alan Myers said. DNA tests will be used to confirm whether the big cat is the same one that killed one mountain bicyclist and injured another.

Guy in an off-road vehicle just came up to reporters on scene, says his trail cam captured a cougar on April 29 not too far from scene of attack. He showed it to fish and wildlife officer. Important to note: No way to tell right now if it’s the same animal@KING5Seattle pic.twitter.com/gLBdOhfU7d