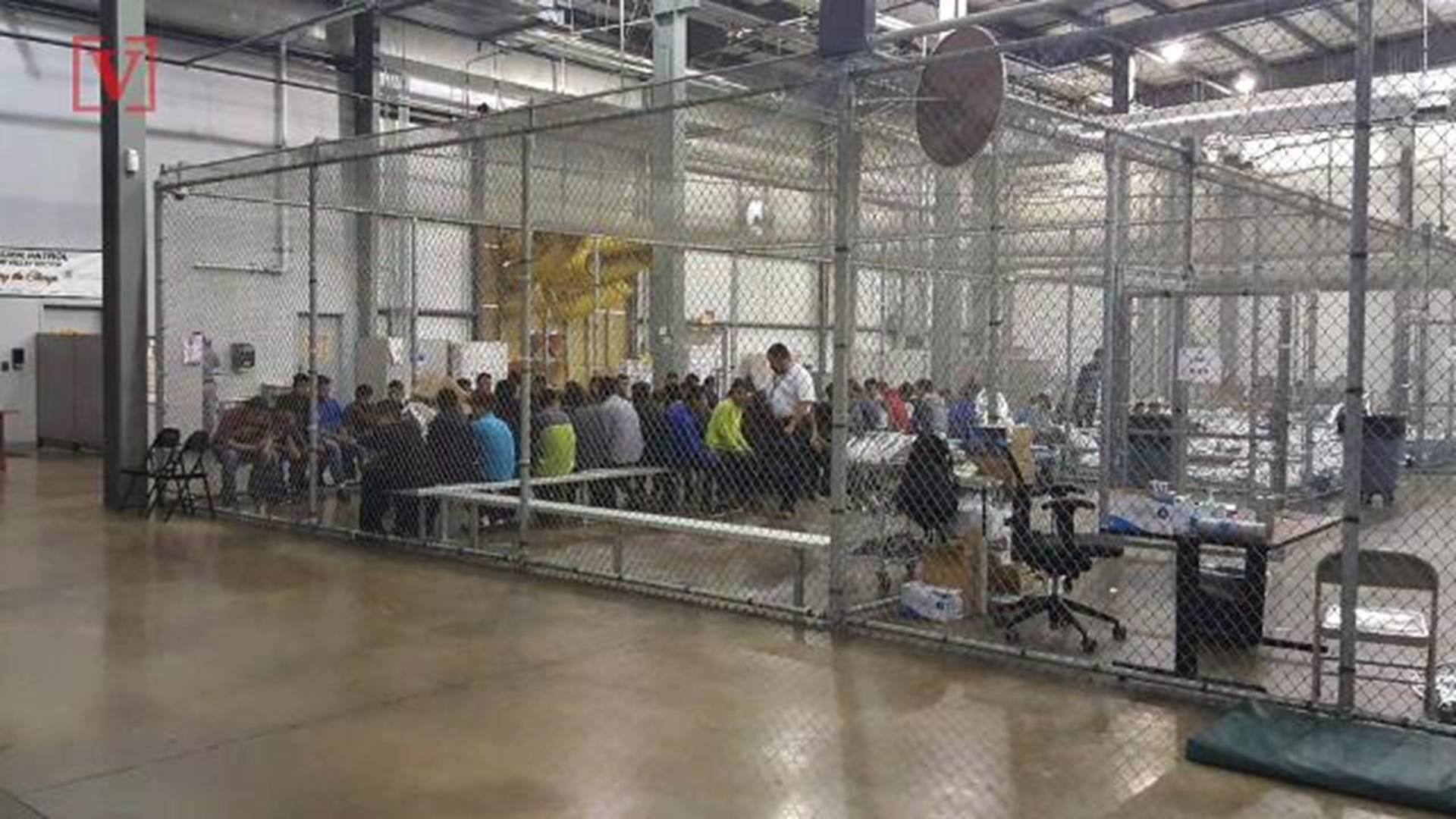 Credit: Courtney Sacco, USA TODAY NETWORK
People gather for a vigil lead by the Families Belong Together campaign on June 17, 2018 outside U.S. Border Patrol McAllen Station, calling for the end of family separation.

MEXICO CITY – The Mexican government on Tuesday condemned what it considers "cruel and inhumane" treatment of children from President Donald Trump's "zero tolerance" immigration policy that separates some families at the border.

Mexican Foreign Relations Secretary Luis Videgaray said at a news conference that Mexico does not promote "illegal migration," but it “cannot remain indifferent in the face of something that clearly represents a violation of human rights.”

Videgaray complained that "better coordination" was required between the U.S. agencies responsible for caring for the detained children and health officials, that communications between parents and their children were difficult and that disorganization was making it "hard to have rapid reunifications."

He said the Mexican government has been providing support since the policy was announced. He added that only 21 Mexican children have been identified so far as separated from their parents, including a 10-year-old girl with Down Syndrome. All but seven of them have returned to Mexico.

The stories, sounds and heartbreaking images of migrant children being pulled from their parents have tugged at heartstrings in Mexico, which has its own history of outward migration – leaving families separated for painfully long periods.

Mexico also has a complicated relationship with the hundreds of thousands of Central Americans trying to transit the country. Many of those migrants are preyed upon by kidnappers, crooked cops and gangs.

But outrage roiled on social media at the sight of children being locked up and politicians issued strong statements, denouncing President Donald Trump’s policies and demanding action.

“We are going to be on the alert in these days, so this repressive, racist and inhumane action stops,” said Andrés Manuel López Obrador, the left-wing candidate who leads all polls for Mexico’s July 1 presidential election. “After our movement wins, we are going to defend migrants from Mexico, from Central America, from all the American continent ... who have to abandon their homes to earn their livelihoods in the United States. It’s a human right that we are going to defend.”

Trump condemned Mexico, again, telling reporters, “Mexico does nothing for us. You heard it here. They do nothing for us. They could stop it. They have very, very strong laws.”

Mexico stepped up immigration enforcement on its southern border in 2014, following a surge of unaccompanied Central American children fleeing poverty and gang violence in countries with some of the highest homicide rates in the world.

At Mexican immigration detention facilities, “there is a part for unaccompanied minors, but those are kids traveling solo and, in general, not very young,” while in the case of families, “children are kept with their mothers,” said Brenda Estefan, a former security attaché at the Mexican Embassy in Washington.

“This is not about conditions at detention facilities. It’s about the Trump administration cruelly going over a childrens' rights line,” Estefan said. “It’s something not only Mexico should be concerned about, but the international community as a whole.”

López Obrador has promised to stop cracking down on Central American migrants. He said in a previous campaign rally, “We’re not going to do the dirty work of any foreign government.”

Adults caught crossing the border without using a legal port of entry face criminal charges, but the children are not. Through the end of May, almost 2,000 children were separated from adults who said they were their parents or guardians, the Department of Homeland Security said last week.

Most of the children separated from their families come from the Central American countries of Honduras, El Salvador and Guatemala.

Honduras on Monday called for the United States to stop separating immigrant children from their parents at the U.S. border. El Salvador warned Tuesday that the policy puts children's health at risk and could cause psychosocial scars.

El Salvador's foreign ministry said in a statement that the Trump administration's hardline policy of separating immigrant parents and children violated human rights and "strongly urged" for an end to the practice.

"These provisions are mainly affecting migrant children and adolescents ... exposing them to extremely adverse conditions, which will surely have consequences in their physical health and long-term psychosocial development," the statement said.

Mexico has come under criticism for its own treatment of Central Americans – detaining and deporting thousands of migrants, who don't have the proper papers – as they transit the country on dangerous trips trying to reach the U.S. border.