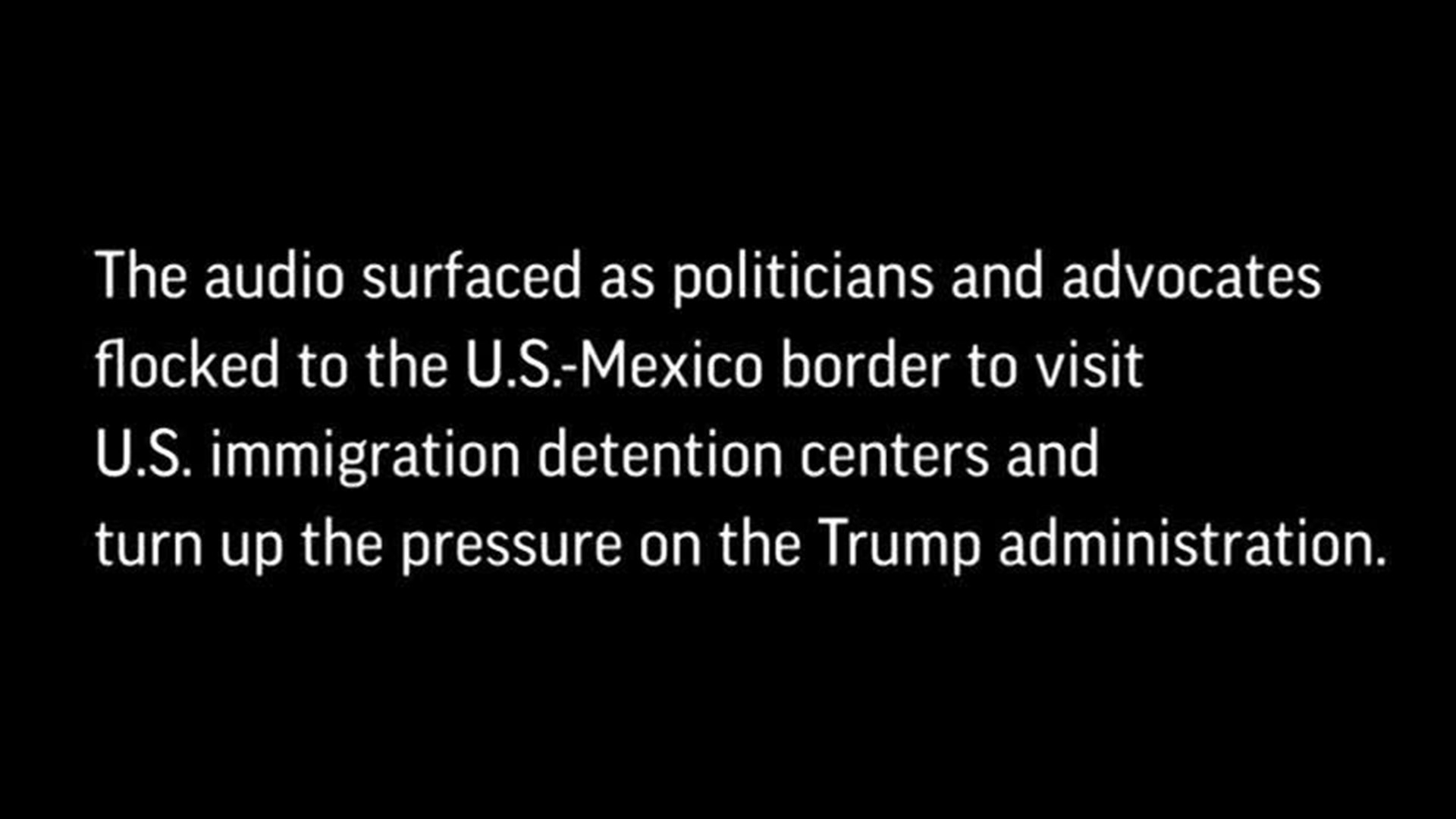 Some seem to know only one word, "Mami" or "Papá." Others plead to know when their aunt or parent will come to pick them up. Altogether, the 7-minute tape of children separated from their parents and held at a detention center makes for some agonizing listening.

Credit: Spencer Platt, Getty Images
NEW YORK, NY - JUNE 01: Hundreds of immigrant rights advocates and others participate in rally and and demonstration at the Federal Building in lower Manhattan against the Trump administration's policy that enables federal agents to take migrant children away from their parents at the border on June 1, 2018 in New York, United States. In coordinated marches across the country people are gathering outside U.S. Immigration and Customs Enforcement (ICE) field offices, U.S. attorney's offices, and the Deparment of Justice headquarters in Washington, D.C., to put increasing pressure on the Trump administrationÕs family separation policy at the border. (Photo by Spencer Platt/Getty Images) ORG XMIT: 775171063 ORIG FILE ID: 965624208

The news outlet said the audio was recorded last week inside a U.S. Customs and Border Protection detention facility. ProPublica said the person who made the recording asked not to be identified for fear of retaliation. ProPublica said the source gave the audio to Jennifer Harbury, a well-known civil rights attorney in the Rio Grande Valley along the Texas border with Mexico. Harbury, in turn, gave it to ProPublica.

One child can be heard saying he or she had memorized a mother's phone number. Another can be heard crying for daddy, over and over. Attendants offer children food. One Border Patrol agent says, "Well, we have an orchestra here. What’s missing is a conductor.” 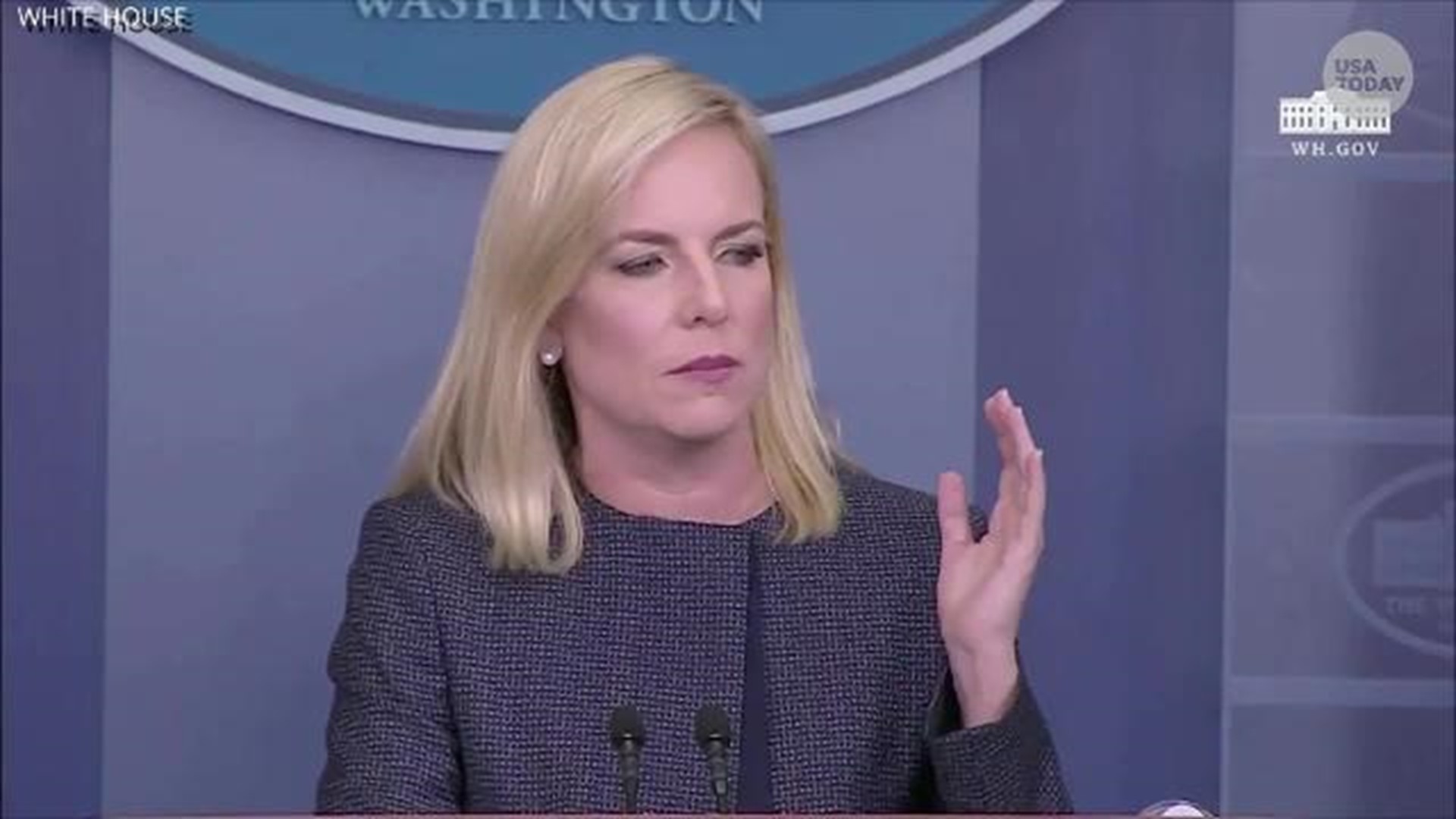 Nielsen, in a speech to the National Sheriffs’ Association in New Orleans, said the children are provided food, medical attention, education and anything else they might need.

Related: Does the Trump administration have a policy of separating families at the border?

"We have to do our job. We will not apologize for doing our job," she said. "This administration has a simple message — If you cross the border illegally, we will prosecute you."